What is Mini-LED TV and is it the best? 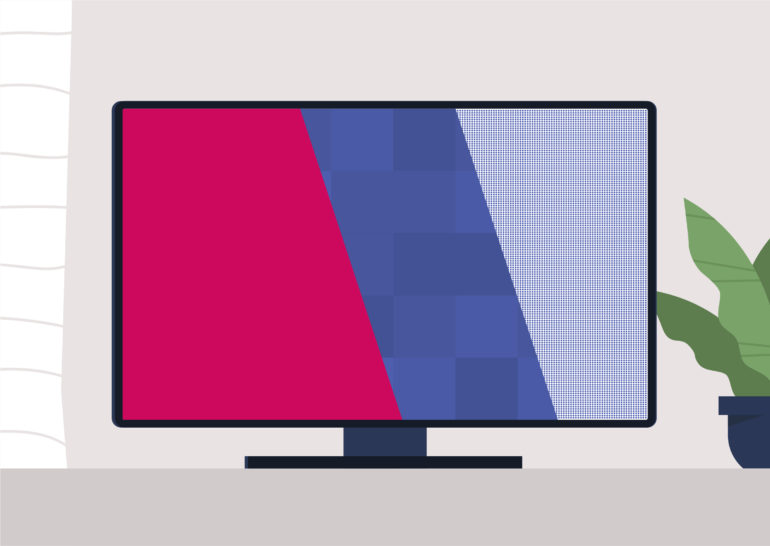 Just when you thought it was safe to buy a 4K QLED TV, along comes Mini-LED, QNED or Neo QLED to give you yet even more expensive options. Sure Mini-LED (Mini-Light Emitting Diode) offers more brightness, a colourful picture and helps reveal what lurks in the darkest shadows or brightest lights (HDR, HDR10, HDR10+ or Dolby Vision). It has great promise to take LED/LCD TV to the next level.

Upfront, let me tell you that it is not the nirvana that marketers are claiming. It is just a little brighter. And it is just one of the latest jungle of acronyms and jargon confusing Australian’s shopping for a new TV. It might all seem overwhelming, but with a bit of homework, you can avoid the sales hype and make sure you get the best screen for your lounge room.

To put Mini-LED in perspective – sans hype – it is just a new backlight for an old LCD (liquid crystal display). It is not Micro-LED that we will address in a later article.

What is a backlight?

Screens come in two main categories: with a backlight (any LCD TV) and without (OLED with self-emissive pixels). LCD TVs shine a LED backlight through the red, green, and blue (RGB) LCD colour pixels. Essentially the brighter, more even and controllable the backlight – the better the picture.

Most low-cost LCD TVs use Edge-lit (LEDs shining from one or two sides transmitted via fibre optics around the screen). These are dimmest, no dimming zones, and don’t usually support HDR (or later). And that is OK as all free-to-air and most catchup TV is SDR (standard dynamic range) and not very demanding. Then we have LED backlight with dimming zones. What that means is that the backlight can be dimmed or turned off in zones. Most have very few dimming zones.

FALD (full-array local dimming) was the best (now Mini-LED), where there can be hundreds of LEDs behind the screen that can be dimmed or turned off. FALD means more dimming zones – still usually below 100.

The limitation of LED/LCD is that some of that backlight light bleeds through the LCD gate and the picture looks a bit washed out.

In techie terms, LED/LCD cannot produce true black, so its contrast ratio (the difference between pure black and white) is lower than OLED (Organic Light-Emitting Diode) that can turn a pixel on-or-off and every-where-in-between. A pixel can be perfectly black, even if the one beside it 100% lit.

Mini-LED just means more, smaller LEDs addresses some backlight issues to enable a brighter picture. But it still pushes the LCD technology to the limit.

What’s so good about Mini-LED?

Those tiny LEDs aren’t entirely independent – they are still divided into dimming zones. The number of zones can vary between the make and model. For example, rumours are the Samsung 55-inch QN90A 4K Mini-LED TV has 576 (36 columns x16 rows) dimming zones (Samsung does not divulge zones or lights)

It is still early days, and the number of zones will increase in future models. Even 576 zones is still a step up from FALD, which typically only divide the backlight into less than 100 hundred zones. This is a big step up from edge-lit LCD screens, which do not have zones. Still, that 55″ screen comprises 8,294,400 pixels, and 576 zones have to control 14,400 pixels each.

Any backlit TV will struggle to match the intense blacks and high contrast of OLED. The only caveat here is that OLED looks better in a lower-ambient light room. Game, set, match to OLED.

Samsung calls it Neo-QLED, while LG QNED and Hisense ULED Mini-LED. There will be some other brands too. But know this –’oils ain’t oils’ (not all Mini-LED are equal). The number and size of Mini-LEDs and control zones vary widely. Different vendors also use other LCD screen technologies. All you can confidently say is marketing experts will be working overtime to take more money for Mini-LED. To that end, don’t write off FALD backlight either.

Hisense offers 65″ and 75″ ULED Mini-LED televisions in 4K and 8K but is yet to confirm Australian models and pricing.

Any other factors to consider?

As manufacturers won’t tell you the number of LEDs or zones, it is really about how it looks to you. And don’t forget the old trick of stores using Demo Mode and Demo content – the TV never looks as good when you get it home. Our TV guides tell you how to view a TV in the showroom. And you have rights under Australian Consumer Law (ACL) if the TV does not perform at home as it did in the showroom, including return for a full refund – but do that quickly.

Mini-LEDs consume more power – if that is an issue, fall back to FALD.

To extract more money from you, Mini-LED will a) be at a premium price anyway and b) will have the latest smart TV Operating features like Art Gallery mode, Games mode etc. Again, the guides will tell you more about this and how to assess better gaming TVs. Do you need all of this?

We also think that these more expensive TVs should have more than a one-year warranty. It is not satisfactory to have to rely on ACL, and the angst it may involve fixing things that should last five years or more. At present, both Samsung and LG Australia only offer 12-months on all TVs despite offering longer warranties overseas. Hisense offers three years, and that may be reason enough to consider this brand. Or maybe you need to twist the salesperson’s arm to get an extended warranty – but don’t pay for anything that ACL covers, or you are wasting money.

Even more so with the hefty premium for an 8K TV, but there’s scarcely any 8K content available. There’s little indication that the major streaming video services plan to upgrade to 8K any time soon, so some shoppers might decide to stick with 4K for now.

There is an interesting history of Mini-LED here.

And the biggie is Dolby Vision

Don’t confuse Mini-LED with Micro-LED. They sound similar but are very different. The latter is nowhere near ready to come to a TV near you.