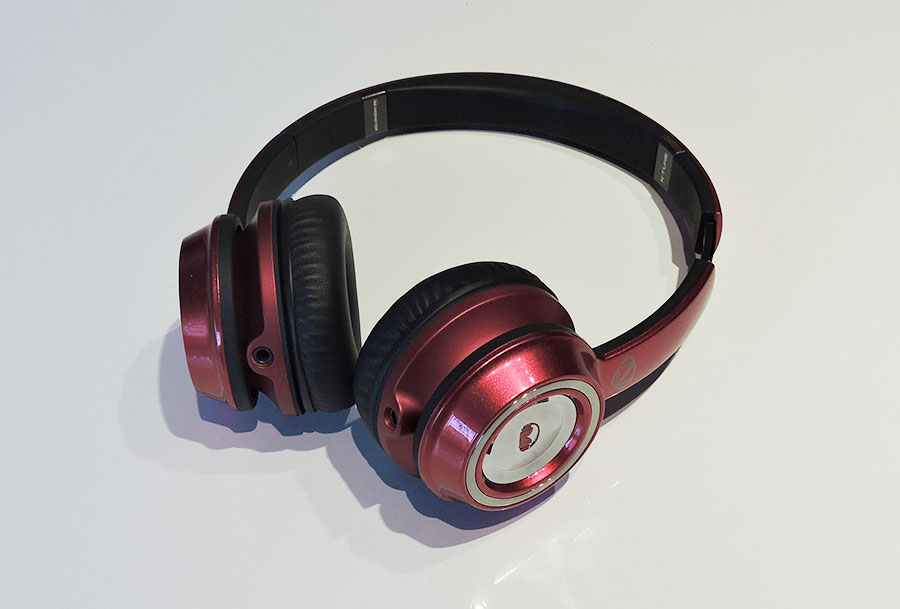 Monster’s NCredible NTune headphones make a bold claim of “headphones with attitude,” but is it the right sort of attitude for your tracks, or would you be better off buying headphones with personality, instead?

Let’s get one thing straight before we begin this review: Beats isn’t Monster, and Monster isn’t Beats.

We need to say that at the beginning, because while the brands were at one point connected, they haven’t been for some time, and both have come up with some interesting ideas for headphones.

For the NCredible NTune headphones by Monster, we’re looking at what appears to be a play for the teen, tween, and poppy market, with brightly coloured headphones that carry a unique look and a branding of an “M” made in headphones, as Monster normally works with, and then another logo, one with the branding “NCredible” above each ear-cup.

A bit of research into this pair of headphones shows they were apparently engineered with the help of Nick Cannon, a hip-hop artist and music producer, among other things. According to the smidgeon of research we did, Cannon has a record label called “NCredible Entertainment,” which at least helps us understand the “NTune” name and the “NCredible” logo used on the cans.

You might gaze upon the candy red plastic cans that make up the Monster NCredible NTune headphones and be enthused at the style, but if the name hasn’t already thrown you, the look just might.

While most headphones try to flatten the cans or pull back the thickness to make things look sleek, like they’re from the future, the NTune’s go the opposite way, expanding from the ear with what we can only assume is a cavity to expand the sound and make for stronger bass.

We hope that’s what it’s for, at least, because the look is a little strange, almost as if you were a Doctor Who alien with expanding circular shapes protruding from the sides of your skull. At least they’re not in silver. Not completely, anyway.

In looking at them more, it’s not that the NTune’s stick out, but rather have an extension where the band would normally intersect with the headphone cans, and as a result, look clunky and overly long.

Put them on and that feeling of clunkiness continues, with supra-aural headphones that don’t seem to pivot or adapt to your ears, and rather sit in place.

Over time, your ears will adjust, but there’s a noticeable amount of pressure, and after more than 20 minutes of being worn, your head might begin to hurt, as ours did a little.

Take them off and they feel plasticky, probably because they are. There’s a coat of metallic colourful paint applied, but it just sits on a frame of plastic, and doesn’t feel like it exudes any real quality, especially in comparison to the metal bands Monster’s rival Beats offers in its cans, among others.

You also can’t fold them up for portability, which is a real shame given that these feel like they were made for young people. At least you can stretch the band significantly, so you shouldn’t be overly concerned about breakages, and there’s a small carrying pouch included which should stop some of the cosmetic scratches.

Plug the NTune cans in to your sound system and you’ll find that Monster has provided a traditional sound cable, and that’s a good way to start the review. While big time players Bose and KEF use the less common 2.5mm jack to connect to the headphone and end in the universal 3.5mm jack, Monster follows the standard and relies on the 3.5mm headphones cables we all love, not just because they’re common, but also because they’re easy to replace.

One of these cables is included in the box, called a “ControlTalk” cable, with compatibility existing for more than just iOS thanks to the remote being a one button stop-start design with a microphone included.

As per usual, we’re going by our trusty review list to test the headphones, which you can play for yourself here, and is broken up into various categories, and we’ll start with electronic, since so many cans tend to be focused on this particular spectrum of the market.

Hard electronic from Mooro pumps the bass pretty hard in “M66R6,” as does The Glitch Mob remix of Daft Punk’s “Derezzed” and The Glitch Mob’s own “Skullclub,” but mids tend to get lost to the low sounds here, not just taking a backseat, but sometimes sounding clouded and muddled as sort of an awkward passenger in between high and low and missing a seatbelt.

Bass is less punchy in rock, though still very noticeable and obvious above the mids in Rage Against The Machine’s “Bulls On Parade,” with a similar feeling in Muse’s “Supremacy” and the Imagine Dragons track “Radioactive.”

Several tracks into our test, we already have the feeling these were developed for a specific market, with that niche being the sort that likes heavy ear compacting bass to over power everything else, and that’s more or less the feeling we’re getting here.

The other parts of the soundtrack are still noticeable, that said, but the bass is sitting on top in a large way, and fuzzing out ever so slightly.

Still, knowing what we know, we pushed our headphone test into some tracks where it seems that market would probably appreciate, checking into Jessie J’s “Bang Bang” and Meghan Trainor’s “All About That Bass,” letting R&B and pop push the headphones.

And just, as we thought, the lows are the most prominent sounds, with flattened mids, and one some tracks, particularly empty highs. In the bottom end of the sound spectrum, the detail isn’t terrible, but it just appears to be lacking quality and feels like the sound-space is empty.

Strangely, in jazz, the overwhelming lack of heavily engineered bass helps make the NTune headphones sound better, likely because the bass drops are specific to an instrument — a double or electric bass — and less about flooding the bottom end with as much sound as possible.

As a result of this, John Coltrane’s “Blue Train” sounds excellent, with the mids working with the not-so-crowded bass, that is until the bassist has a solo 9.08 in the Rudy Van Gelder edition. The same sort of feeling could be heard in both the “So What” from Miles Davis and “Treme Second Line” by Kermit Ruffins, though the bass was still very noticeable in each — definitely more prominent — as the instruments and vocals played on.

Past the performance, there is one feature we really love, and it’s one we’ve never seen in a headphone: music sharing.

That is a very cool feature, and one kids and teens will likely appreciate as it will let them all hear the same music without having to share in-earphones or ear-buds in the unhygienic way we all know they’re currently doing.

Overall, if you love bass more than anything else, the NTune headphones feel like they were made for you, though there is some balance in tracks with an emphasis on proper instruments and not just synthetic recreations, or over engineering of sound.

As such, the response in jazz totally surprised us, and while we wouldn’t necessarily rely on them full time, that so called “attitude” Monster mentions — which more or less seems to indicate the bassiness — was appreciated in this style of music.

But if you don’t like headphones to press too tightly against your skull and are after something that doesn’t feel cheap, you won’t be happy with what the NTune headphones offer.

Your kids might will probably like them, especially if they’re prone to turning their stereo up all the way and love sharing their music around the playground or school bus, but you might want to spend a little more.