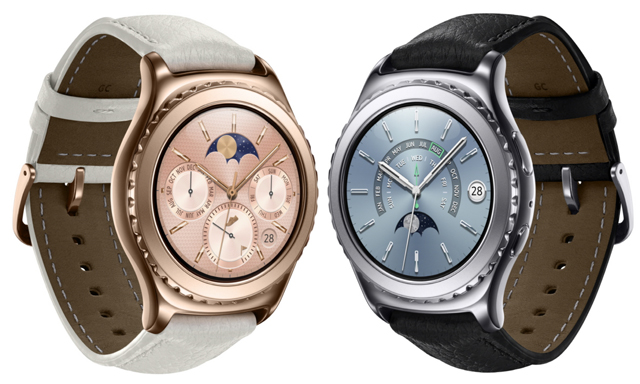 Samsung has added some bling to its Gear S2 line of smart watches.

Announced at the CES show in Las Vegas, the Gear S2 Classic gets two new finishes including an 18 karat rose gold and platinum.

For more personalisation, there are some new digital watch faces including Peanuts characters and artworks from Keith Haring, Jean-Michael Basquiat, Jeremyville and Burton Morris.

The new Gear S2 Classic will include NFC technology to support Samsung Pay, which is due to start in Australia this year.

While prices have not yet been revealed, it’s doubtful that the 18K rose gold version will reach the eye-watering $14,000 price tag of the gold Apple Watch Edition considering that it is rose gold plated rather than made of the material entirely.

No firm date has been announced for when the watches will go on sale in Australia.