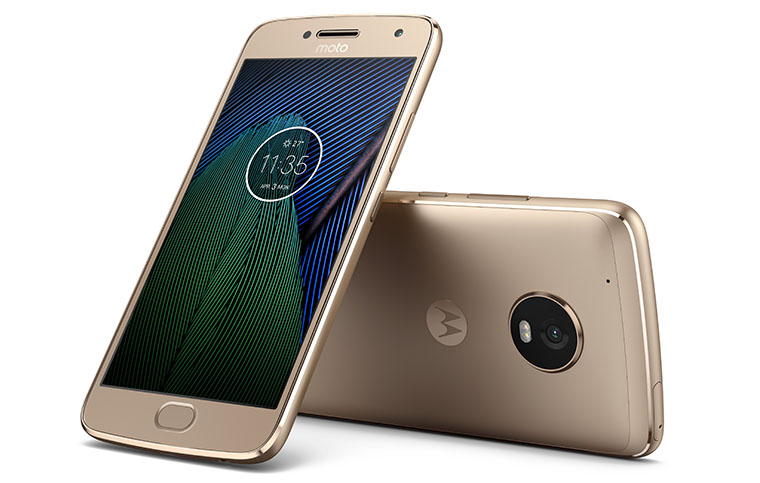 I know, I know, everyone’s oohing and ahhing over the Samsung Galaxy S8 and S8+. As they should. But what if you’ve only got $399 to spend, or just $299, on a new smart phone? Motorola Mobility has just released its Moto G5 Plus and Moto G5 phones in Australia. Which, of course, are available for those respective prices.

Both come with high grade aluminium cases and full HD – 1080 by 1920 – pixel displays with Corning Gorilla glass, Android 7.0 Nougat installed and fingerprint readers for fast and easy logging on. In basic trim, they also both come with 16GB of storage, with support for up to 128GB on microSD, but the Moto G5 Plus is also available in a 32GB version (with RAM also upgraded from 3GB to 4GB) for $449, rather than the standard $399.

I’d suggest that $50 stretch is probably worth it.

Its processor is more powerful – a 2.0GHz Qualcomm Snapdragon 625 octacore versus 1.4GHz Snapdragon 430 octacore. It gets dual band 802.11n WiFi versus 2.4GHz only. It scores an extra 4G LTE band.

The rear camera is slightly lower in resolution at 12 megapixels rather than the 13 of the smaller G5, but has a wider f/1.7 aperture, rather than f/2.0. And it can manage UltraHD recording rather than being limited to 1080p30.

(Ah, modern times and the gear we have available to us. I just used the word “limited” to describe 1080p video recording using a smart phone!)

They both have Bluetooth of course, but it appears that only the Plus has NFC (Near Field Communication).

Both have an “All-day Battery”, 3000mAh for the larger phone, 2800 for the smaller one, and both come with rapid charging – faster, it appears, for the Plus.

Can buy both the Moto G5 and the standard Moto G5 Plus at the usual chains and online at Motorola, while the larger memory version of the Moto G5 Plus is only available direct from Motorola.