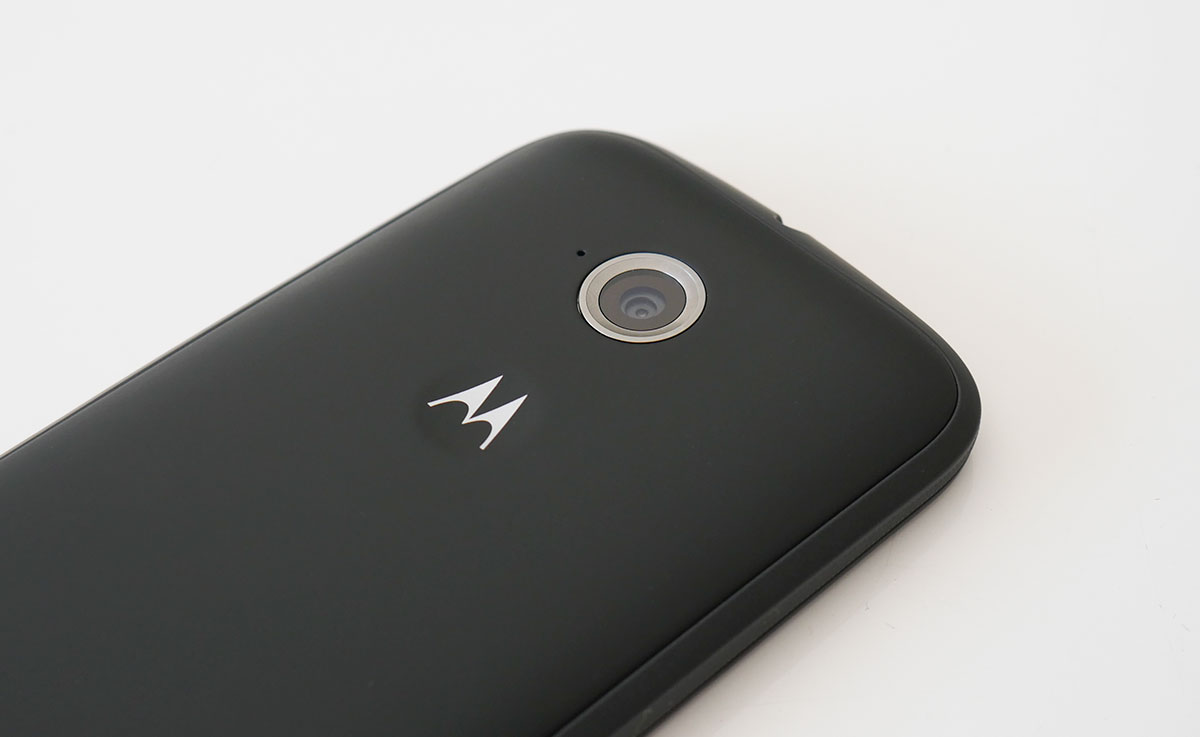 Motorola’s take on the entry-level phone has always been priced competitively, but this year, Moto has upped the price just a smidgeon and added support for 4G. Is this the best budget phone around?

Motorola’s second-generation E is here, and if you’ve been itching for an entry-level phone, it may end up being something for you.

This handset doesn’t push itself far from where the original E (2014) first ventured, though, so if you considered that model, the specs and design suggest it’s a minor upgrade altogether.

As such, there’s a change in processor technology with the 1.2GHz dual-core Qualcomm Snapdragon 200 in the 2014 E jumping to a 1.2GHz quad-core Snapdragon 410 in this iteration, but keeping the 1GB RAM from last time.

Storage is set to 8GB out of the box here, which is twice what you had on the original E, and there’s still a microSD slot if you need to expand this considerably later on.

This sits under a 4.5 inch In-Plane Switching (IPS) screen running the quarterHD resolution of 960×540, which is 0.2 inches larger than the model from last year. Corning’s scratch-resistant Gorilla Glass 3 technology helps protect this display, which itself boasts a pixel clarity of roughly 245 pixels per inch, a good 80 lower than the Retina resolution used on the Apple iPhone 6.

Motorola’s camera is also pretty close to the original, with a 5 megapixel shooter on the back with no flash, while a new 640×480 VGA camera sits on the front for the bare minimum of selfies you might want to capture.

Connection on this phone change a little, though, with 4G added to the pile, working alongside 802.11b/g/n WiFi, GPS, and Bluetooth 4.0. Two SIM slots are included on this handset, handled through two microSIM slots found on the edge under Motorola’s replaceable bands, where the microSD slot can also be found.

Wired connections are slim, though, with only a 3.5mm headset jack up top and a microUSB charging and data transfer port at the bottom, both in the centre of the design.

Buttons are also few and far between, with two physical buttons found here, the power button and volume rocker on the right edge, while the rest of the buttons for Android are software-based and built into the screen.

Motorola doesn’t make a lot of phones, but the few it does make are generally targeted at specific areas, and it does so with letters.

For instance, there’s the “X” (Moto X), a phone geared at the mid-to-high-end part of the market with a big screen, nice camera, and a solid performance for people prepared to spend.

There’s also the “G” series (Moto G) which is the mid-range phones, or phones that offer some of the features in the X but at a lower price point, with less of an emphasis on screen and innards, but still a decent all round performance.

And then you have the “E” (Moto E), a series you might want to interpret as the “entry-level” phones, because these offer enough of what you might want in a phone that won’t break the bank.

That’s the idea, anyway, because in this year’s E, Moto’s entry-level phone has climbed up in price, jumping from the $179 RRP of the 2014 Moto E to the $249 of the model offered this year.

The question you might be asking yourself is if the change is worth it, if the differences from one year will make an entry-level phone worth the $70 change in price.

We’ll get to that shortly, but what has changed is the chip, the screen, the storage inside, and speed of the modem. These might seem like minor changes, and with the exception of the modem speed, they probably are, with the processor being a little faster here, the screen 0.2 inches bigger, and the storage doubled to 8GB.

But that modem is what we’re interested in, and now that 3G is the passé technology and 4G has overtaken it, we definitely want 4G in our phones, so it’s nice to see it here in the Motorola E.

Also here in the Motorola E 2015 is a taste of the Moto X, that flagship phone, as Motorola brings its “glance” technology down, providing a screen that shows you a hint of what awaits you when you unlock for notifications and messages simply when you pick up the handset and touch the screen.

We’ve liked this feature before and it’s good to see that here, as it can help you decide whether it’s worth unlocking the phone and powering up that colourful display when all you really wanted to do was check if that special someone had called or sent a message and didn’t need to waste battery power with the whole display.

That display is very reminiscent of what we saw on the prior E, and though it’s jumped in size a little — a tiny amount, actually — the resolution is all the same, with a relatively bright 960×540 quarterHD (qHD) display that looks decent from the dead on viewing angle primarily, and washing out slightly as you move to the sides.

In the hands, the Moto E is more of the same, with a plastic slightly curved body nestling itself comfortable in the palm of your hand, the soft polycarbonate backing feeling almost rubberised and still easy to grip.