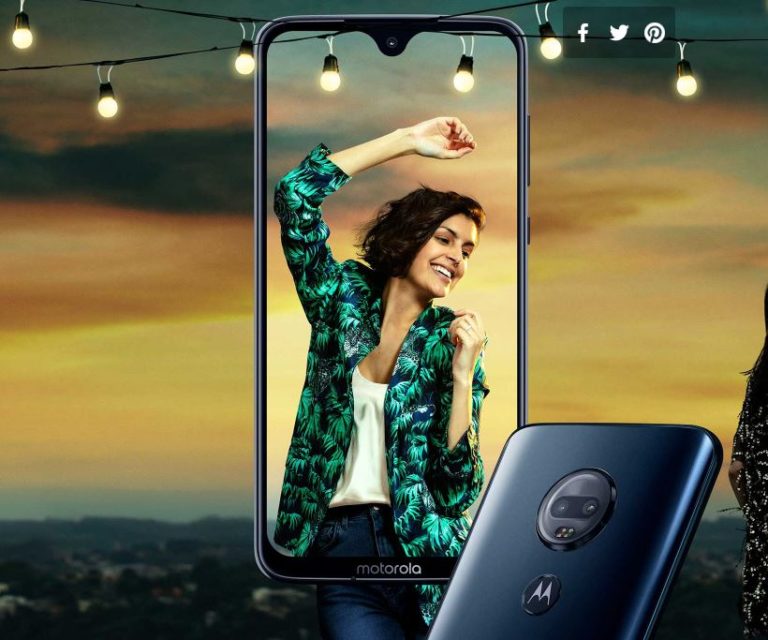 Motorola is returning to greatness now that it is fully bedded in at Lenovo – and it is making money too. The Motorola g7 and g 7 Plus follow the amazingly popular g6 and g5 series.

Motorolla has two models for Australia that appear almost identical. Let’s explore the differences and the g7 and g7 Plus $399/499 value proposition.

Yet, I am really happy with the performance of the g7 and $100 saving can be three to four months pre-paid voice and data, so it’s a hard choice.

Whatever you select rest assured that it will be class-leading in terms of quality and reliability.

We develop paradigms to slot them into market segments. Over the past few months, those segments have seen Apple’s XS/Max set new sky-high price ceilings, foldables, 5G, and even higher specified entrants like the Samsung Galaxy S10-series (review here) and now the Huawei P30 series (review here).

We issue the standard warning that you must buy the genuine model with Australian firmware as it works on all Australian Telco carrier LTE bands and can make a 000-emergency call (not 911) without a SIM. If NFC enabled, these also have software that works with Australian PayWave readers.

G7 Plus: XT1965-3 (check Regulatory information for the Australian C-Tick symbol). Versions of this with different LTE bands are for Western Europe, Japan and ANZ. Motorola changes the -3 for different numbers. 6 is the US, 2 is China, etc.

A dead giveaway for grey/parallel imports is the lack of an Australian power plug dual flat angled pin charger (most supply an adaptor for dual round pin charger). Also, don’t fall for the term Australian warranty. Huawei only warrants Australian model phones for two years sold by official retailers. All other warranties rely on the merchant to honour them – suspect at best as most are not Australian businesses. We checked several online stores, and all were offering grey/parallel imports (mainly the L09) meant for elsewhere.

Both are identical – the Plus is allegedly .5mm thicker. The only give away is the dual LED flash on the Plus.

These are glass slabs with a reasonably high screen-to-body ratio courtesy of the teardrop. The bottom chin has Motorola on it. On the rear are dual cameras in the familiar top centre circle and a bat-wing logo fingerprint sensor below it. Power and volume rockers are on the right side.

Remember these are mass-market phones and we will rate them accordingly as to whether they meet or exceed the paradigms for that.

The notch is a tad larger than we like, but overall these are 1080p screens with reasonable blacks and colours within tolerance. DeltaE is around 6 (acceptable variance from 0) – colours can be set to natural, boosted or saturated.

BOE makes the slightly whiter/brighter g7 Plus screen and Tianma makes the g7. As these are volume phones, Moto needs multiple sources, and you would only notice this when placed side-by-side.

While both have enough brightness, the glossy/reflective screen reduces daylight readability.

Screen summary: Meets or exceeds paradigms especially as it has 100% sRGB colour gamut

The difference in processors is not so much about speed but in camera post-processing, modem, and multitasking capacity.

Both run at a similar temperature 32° idle, but the SD932 heats up more under 100% load. This reflects the better efficiency of the SD636 — neither throttle under load reflecting good cooling and good thermal management.

Summary: These are ideal mass-market processors used in an almost standard Qualcomm reference design and meet or exceed your needs. The addition of a separate micro-SD slot as well as dual sim slots is excellent.

For most users, the Wi-Fi N suffices. If you do a lot of uploading or video streaming the g7 Plus will be faster.

Summary: Typical Qualcomm reference design that you find in most Pure Android phones.

The g7 Plus has the later BT 5.0, and it shows when connected to BT headphones or car audio. Volume is louder, and cross talk is lower.

Our reference Sony WH-1000XM3 headphones sounded brilliant and clear with the g7 Plus and a little more sedate with the g7.

No single speaker phone does well in stereo music – these are no exception.

The G7 has no bass, mids creep in at 160Hz and build to 250Hz where they are relatively flat to 2kHz. Treble takes over and us relatively flat to 16kHz. This is a Bright vocal sound signature and its fine for voice but a little crisp for music.

The G7 Plus is different and worse – and we can’t explain why except the DAC or perhaps a different speaker maker. There is no bass, mids creep in late at 250Hz and build to 800Hzx where they are flat to 2kHz. Treble takes over and builds again to 4kHz and then is flat until 16kHz. This is more of an Analytical sound signature that is too harsh for music and can be a little shrill for voice.

Sound: Despite Dolby Audio giving smart, movie and music pre-sets neither speaker can change enough for the nirvana of warm and sweet or even mid sound signatures. Instead, they opt for vocal clarity (which is fine for handsfree). Use them with headphones and be thankful for a 3.4mm audio jack.

The fingerprint sensor is 80% accurate, and we repeat advice to enrol sideways and upside-down fingerprints as well. After that, we experienced 1-in-10 fails – 90% reliability.

Face unlock is the 2D variety and there is no screen fill or IR light so you can’t use it in darkened conditions.

Moto gestures and actions are clever – chop/chop for a camera and more.

Both perform well offering a full 24 hours typical use. The g7 Plus has the advantage of very much faster charging using the 27W charger or USB-C PD 3.0 to 45W.

Our test area has weak 4G signals and our reference Samsung Note9 normally gets the best signal at -97, so these are excellent.

The g7 Plus supports HD Voice and Wi-Fi calling courtesy of the later SD636 SoC.

Pure Android Pie on a mass-market device – get outa here!. But it is true, and you should receive two OS upgrades and three years of patches and security updates.

Pie has loads of new features including AI to learn about your use and adapt the phone to it. In the test week, we started to see minor improvements, especially in the over aggressive adaptive brightness setting.

Summary: If you want pure Android- who doesn’t then this is it.

It is well made and has lasting quality – I would go so far as to say excellent, and that reflects it being built in Lenovo’s factory – not via an ODM.

I strongly recommend a clear bumper case and screen protector if you intend to keep it for a few years.

Are they deal breakers? No! You do not expect them in this price category.

What you are getting is a premium build handset for a lemonade price with considerable added value.

At this level, all you can expect is a ‘social media’ standard camera. Motorola has set new standards, especially in the g7 Plus with OIS.

All our tests are in Auto as that is what Joe and Jane Average use. All photos are g7 first (on top of g7 plus)

To be fair it was a fairly overcast day. You can see how the g7 Plus is brighter, has more details and more accurate colours. Yet the g7 picks up sunlight highlights on the water.

The g7 produces a good image albeit a little softer. The g7 Plus again has more light and more detail.

OK, low light is not good on wither with screen blowouts, poor colours and lots of noise. Still, these are as good as we got from some 2018 flagships.

Both use a 5MP depth sensor and do bokeh (out of focus background or foreground) well.

In case you are wondering I don’t do sexagenarian selfies – great face for radio! The g7 was a little washed out but had good detail. The g7 Plus had excellent detail and colours. The screen fill flash is harsh and to be avoided.

The rear camera has multiple face detection for group selfies.

The g7 will records 4L@30fps only its not very good as it does not have OIS or EIA. It does have EIS at 1080@30fps. It is fine for daylight video capturing details and colour.

The g7 Plus has 4K@30fps and again no stabilising. The OIS and EIS kick in at 1080@60fps and make superb daylight and good lower light videos.

The g7 and g7 Plus has basic rear camera AI including

The4 g7 Plus adds things like smart composition, smile capture, and creates an optimised second image.

Compared to the G6-series these represent quite a jump ahead in terms of performance for similar money.

I like Pure Android if only for its upgradeability.

They are both worthy contenders, but I think spending the extra $100 is worth it – unless you are flat broke then the G7 is damned good too.

Moto Online, Good Guys, Officeworks and Mobileciti have the genuine Australian versions for $399 and $499. We repeat the warning – only buy from authorised retailers.

Features
Value for money
Performance
Ease of Use
Design
Reader Rating0 Votes
Build quality – top notch as we have come to expect
Style – glass slab with unmistakable Moto cues
Battery life – a full day and fast charging
Camera – you could spend $300 more and still not beat it (g7 Plus)
Display – 6.2” with good colour and brightness
Pure Android Pie with Google upgrades
IP rating – P2i is OK
4.9