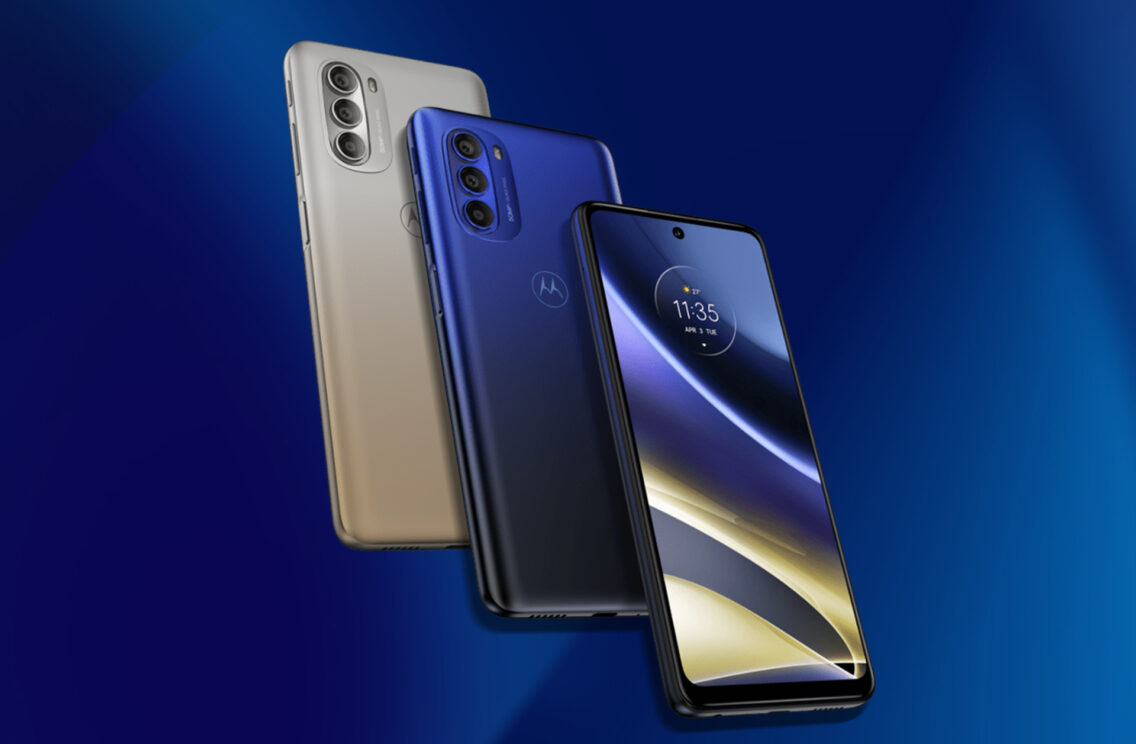 With high-end smartphone features at a budget-friendly price, the Motorola Moto G51 5G stands tall – perhaps too tall – alongside its mid-range Android rivals.

There was a time when Android smartphones were divided in two camps: expensive flagships with all the bells and whistles, and cheap-and-nasty budget models. Thankfully, plenty of excellent mid-range Android phones have emerged in recent years – striking a great balance between price, performance and features.

Motorola’s Moto G range has always led the way, sitting at around the $400 mark as flagship prices have risen into the stratosphere. While the Moto G range may not be for those who demand the absolute latest and greatest, it’s always been a solid choice as a capable phone without too many compromises.

Choosing from the Moto G range can also be a great option when shopping for family and friends who don’t push their phones to the limit, including children or older Australians. Back during the 2G switch-off, I set both of my parents up with a 5-inch Moto G 3rd generation. Six years later, they’re still going strong – both the handsets and my parents, who are in their early 70s.

One area where the new Motorola Moto G51 5G certainly isn’t mid-range is screen size. At 6.8 inches, it’s pushing into phablet territory, saved only by an unusual 20:9 aspect ratio. This makes it oddly tall, yet not too wide. The handset is also a little heavy at 208 gm, in part thanks to its large battery.

Realistically, the phone’s size and bulk could be an instant deal-breaker for people with small hands and/or small pockets.

I didn’t think my parents would ever be happy with a phone this size, but they surprised me. When I handed it to them to try, neither of them minded the extra bulk because the phone was still narrow enough to hold comfortably.

My teenage daughter was less impressed. She already struggles to fit her 5.5-inch Google Pixel smartphone in her pocket and found the Moto G51 5G far too unwieldy.

To be fair, there are smaller phones in the Moto G range, so it’s worth checking out the options.

Looking past the size, the Moto G51 5G makes a great first impression. It sports a bright, crisp IPS LCD display that will certainly satisfy your average punter – even though the colours aren’t quite as vivid as ​a more expensive ​AMOLED-type screen.

The front camera is very noticeable, because it’s just a hole at the top of the screen, rather than a notch like on some smartphones. Thankfully, the hole is small enough that it sits in the middle of the notification bar and doesn’t get in the way.

On the right-hand side of the handset you’ll find a large power button that doubles as a fingerprint reader. It actually makes the most sense to use your right thumb but, like me, you might not realise that until you’ve completed the initial setup.

Above the power button is a volume rocker, while above that a dedicated Google Assistant button. They are a bit difficult to reach with your thumb on such a tall phone and perhaps should have been placed on the left for accessing with your pointer finger.

Unlike most phones, the Motorola Moto G51 5G comes with a transparent protective case. It offers some impact protection but doesn’t seem as robust as something like a Tech 21 case. Still, it’s handy to have. Underneath the case, the plastic unibody chassis looks good but doesn’t quite have that premium feel of higher end models.

The Motorola Moto G51 5G ships with Android 11, with minimal bloatware, and Motorola says it will eventually get the upgrade to Android 12.

Packing a Snapdragon 480+ processor and 6 GB of RAM, the handset can hold its own but doesn’t over-deliver in terms of performance. It’s a 5G chipset, ensuring you can take advantage of Australia’s fastest mobile broadband networks. As you’d expect, it only supports sub-6 GHz 5G and not millimetre wave.

As for storage, 128GB onboard is adequate, if not overly generous. Thankfully, the microSDXC expansion slot handles up to 512 GB cards.

The 5000 mAh battery ensures you should be able to go more than 24 hours before recharging, but it only comes with a 10W charger. There’s no fast charging support, so a full recharge takes about 2.5 hours.

In Motorola’s eyes, one of the big selling points is the 120Hz display, which ensures silky smooth gaming and scrolling. It reverts back to 60Hz when 120Hz is not required to conserve battery life. It’s an impressive inclusion in a phone at this price, although, realistically, perhaps overkill for people shopping in this price bracket. It should be said, however, that once you use a 120Hz screen, it’s difficult to go back to anything less.

When it comes to photography, the rear triple camera array consists of a 50MP primary shooter, 8MP ultrawide and 2MP macro. On the front you’ll find a 13MP selfie camera.

While the screen is great for watching movies, unfortunately the phone only features a single, bottom-firing speaker. Two speakers for true stereo would be a considerable improvement, with the large screen size potentially offering excellent stereo separation.

The GeekBench 5 benchmarks tell an unsurprising story. The phone scores 516 on the CPU single core test and 1705 on the multi-core. That’s about par for the course amongst its rivals, in similar territory to the Samsung Galaxy A22 5G.

As a result, the Motorola Moto G51 5G has enough grunt to handle anything your typical user would throw at it day to day, including games. People are unlikely to hit the phone’s limitations unless they really push their handsets to the limit.

When it comes to photography, that 50 MP camera figure sounds impressive but megapixels aren’t everything. The phone’s picture quality reflects its midrange price tag, due to a small sensor and small pixels. The results fall short of the picture quality from high-end handsets with lower megapixel cameras but better sensors and optics, such as the iPhone 13’s 12 MP rear camera.

To be fair, the difference in photo quality is noticeable but not striking. As with the handset’s performance, the intended audience for this phone is likely to be more than happy with the images. Realistically, if they’re that fussy about smartphone photo quality, then they’ll likely be shopping in a higher price bracket.

The Motorola Moto G51 5G smartphone hits the mark for its intended market. It’s a solid mid-range handset which offers the speeds of 5G and mostly makes sacrifices in the right places to keep the price tag down.

If you’re someone with simple needs, the Moto G51 5G sets the benchmark and it’s hard to justify spending more. The big question hanging over it is whether it’s too large for small hands and small pockets – my parents surprised me, but I’d still be reluctant to buy it for someone sight unseen. To be fair, rivals like the Samsung Galaxy A22 5G are of a similar size – these days, when you’re shopping for Android smartphones, good things don’t tend to come in small packages.