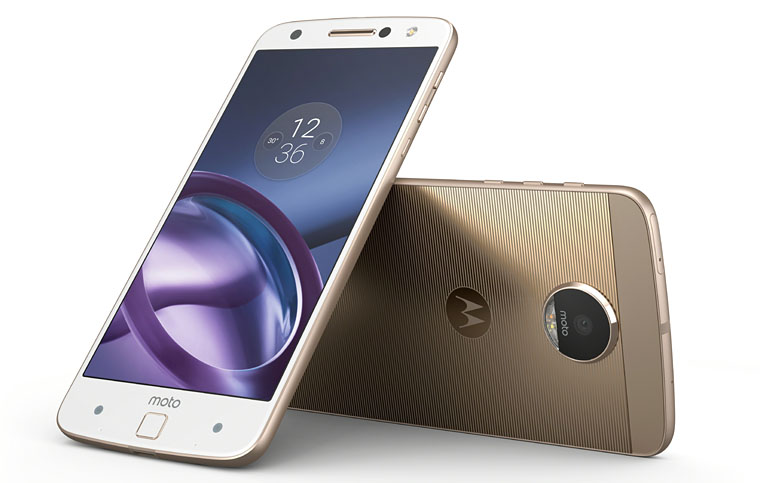 I guess there’ll be people wandering the streets today feeling lost, having reluctantly surrendered their new phones as fire hazards, considering switching companies at least until confidence in their quality has returned. The good news is that there are always alternatives. Which brings us to Motorola, which is launching two new phones this very day. And both have bigger specs that you’d expect from their ticket prices, and a degree of modularity which makes them very interesting.

The flagship is the Motorola Moto Z which at 5.2mm Motorola is calling “the world’s thinnest premium smartphone ever.” I reckon it might be right.

Before mentioning what it offers, I’d note that the outright purchase price of the Moto Z is $999. Keep that in mind as you read what’s on offer. First, a screen that on paper matches the best available: 5.5 inches, AMOLED and QuadHD (ie. 2560 by 1440 pixels at 535ppi), covered in Corning Gorilla Glass (version not stated).

It’s powered by the Qualcomm Snapdragon 820 quad core processor, with 4GB of RAM to work in. There’s 64GB of storage as standard, and support for a microSD card with a capacity of up to two terabytes! You could put quite the music, photo and video collection on that, except for the moment 200GB seems to be the biggest readily available, with 256GB coming soon.

The phone currently runs Android Marshmallow (ie. version 6.0) but Motorola anticipates upgrading it to Nougat (version 7.0) at an early date.

The main camera has 13 megapixels of resolution and a maximum aperture of f/1.8, so it ought to be good in low light, especially with the dual LED flash. It supports 4K video at 30fps, and 1080p at 60fps. It has built in optical stabilisation and a laser for auto focus. The 5 megapixel front camera has its own dedicated flash.

Connectivity is a surprise: USB Type-C … including for sound. Yes, the Moto Z has also ditched the 3.5mm headphone socket. A USB Type-C to 3.5mm headphone adaptor is included. The 2600mAh battery is rated at 24 hours “mixed usage” and a 15 minute quick charge adds seven hours.

The phone supports NFC (near field communications) for easy pairing, and has a fingerprint scanner for unlocking. It has a “water repellent nano-coating”, whatever that means. I doubt it means you can confidently submerge your phone. It’s available in black with a “Lunar Gray” back, and white with a “Fine Gold” back.

If, that is, you can see the back. Several accessories are available which magnetically snap on, and if necessary connect electrically via a 16 contact block at the bottom of the phone. Some are pretty covers, including wood grained ones. But others include a JBL SoundBoost speaker ($159), an Instashare projector (up to 70 inch screen size, $429), power packs ($119 to $139) and a Hasselblad True Zoom camera ($399).

That camera sure sounds interesting: 10x optical zoom, xenon flash, physical controls for the shutter and zoom (is it possible it could have a real curtain shutter?) and the ability to capture in RAW (and use up some of that massive storage capacity!)

Remember, the accessories connect electrically, so no Bluetooth delays. It ought to work fast.

And guess what, the accessories also work with the Moto Z Play. This is a upper-mid-priced phone, available for $699. It differs from the Moto Z mostly in reduced features.

It also uses USB Type-C but also has a 3.5mm headphone output. Is that really a lesser feature? Storage is 32GB, but you still get the microSD support up to two terabytes. It’s thicker at 6.9mm too, as you’d expect.

That greater thickness enables the Moto Z Play’s big selling point: the 3510mAh battery which Motorola says is good for 45 hours “mixed usage”. And it has fast charge, with fifteen minutes extending life by eight hours.