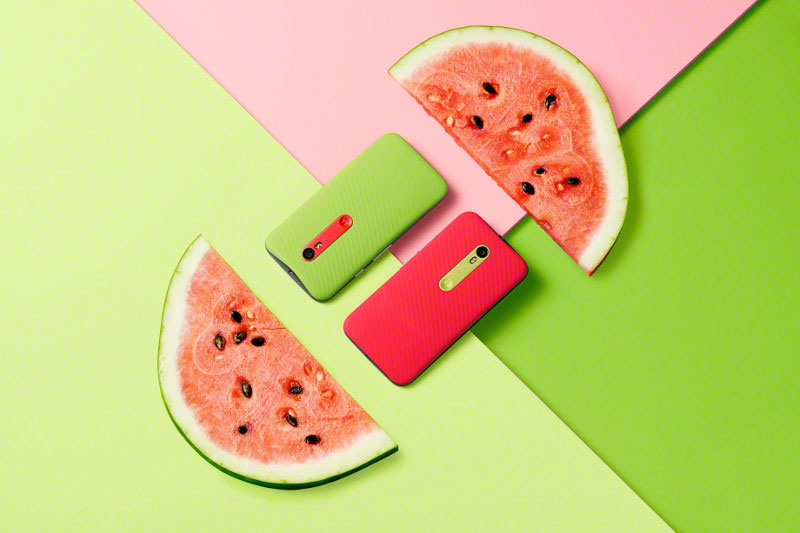 The phones going for big bucks tend to get the ruggedised features like resistance to water and the odd spillage of beer, but what about phones that don’t cost an arm and a leg?

Motorola is this week seeing to it that one model that won’t likely cost too much will end up with a hint of water-resistance as a feature, as Motorola unveils an update to the Moto G that does indeed repel a bit of water.

We’re actually reminded of an older Motorola phone with this one, because the first time we saw a handset that could resist liquid immersion, it was the reincarnated Motorola RAZR from 2011 which could handle an encounter of the liquid kind.

For the 2015 G (though “Moto G” is the official name, or even “G3”), IPX7 resistance is being included, which is a fair sight better than what that four year old RAZR supported, making this mid-range mobile last up to 30 minutes in up to one metre of water, which should be more than enough if you accidentally drop a pint of beer on the same table.

Inside the phone, you’re going to find the same 5 inch High Definition 720p (1280×720) display like what we saw last year, and the same 155 gram weight, suggesting not much has changed.

That’s not the case, however, with a new Qualcomm Snapdragon 410 processor boosting the performance of last year’s Snapdragon 400 — a minor increase, sure, but an increase nonetheless — with the rear camera jumping from 8 megapixels all the way up to 13, while the front camera goes from 2 megapixels to 5 making it a lot more capable.

High-speed mobile connectivity is offered through 4G LTE, so there won’t be a 3G variant of this one like there was in the last generation Moto G, making it easier to find one compatible with Australia’s fast mobile networks.

But one point of difference for the handset is storage, because while Motorola will make two storage sizes available for the US — 8GB and 16GB — Australia will only see the 16GB variant, paired with 2GB RAM (the sweet spot of Android!) and a microSD slot to expand the storage if need be.

Google’s Android 5.0 Lollipop is also here, left pretty much stock as is usually the case for a Motorola phone, while other features such as 802.11b/g/n WiFi and GPS are pretty standard for phones these days.

Personalisation is a pretty big part of what the Moto G is about, too, with different shells that will make it possible to make the phone look a little better than the standard black we’re used to seeing Moto G handsets in.

Pricing and availability is a bit of an unknown at this point, however, with Motorola’s local arm not giving us much of an indication, except of course to say we won’t be too far behind the US.