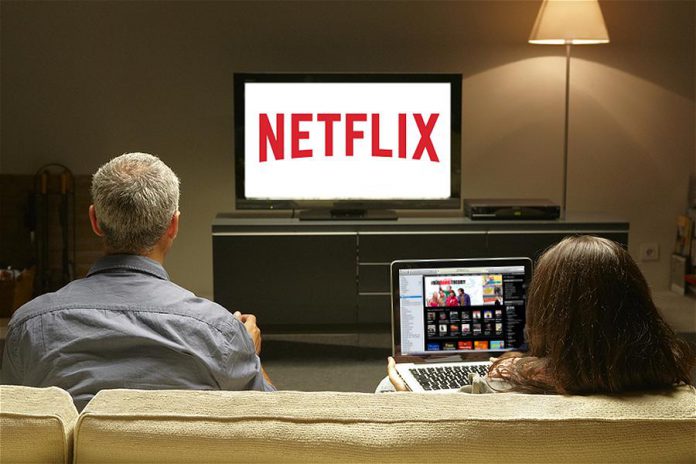 A US survey shows we spend twice as much time each day watching Netflix (streaming) as we devote to quality family time. In fact it’s now called !

Of those surveyed they spent as much time on Netflix as exercising, reading, and hanging out with friends combined.

According to our analysis, the average Netflix user now spends 1 hour and 11 minutes each day streaming on the service. That’s over 434 hours — or 18 full days – spent streaming on Netflix in just one year.

That doesn’t sound too terrible on the surface, but when you put it in perspective against the time we spend on other activities, it’s alarming.

Let’s get our priorities straight. Life should not imitate art. Should it be Netflix or quality family time? Family should win.

With Netflix announcing a massive new 700 original series and 80 original movies in 2018, there are concerns that we are all becoming a bunch of couch potatoes.

The company’s strategy continues to be, let’s continue to add content — it’s working, it’s driving growth. There’s “no religion” at Netflix about the source of programming. Although we increasingly intend to produce our own content. People don’t care where the stories come from. We’re about having the best content. We don’t necessarily have to do it ourselves.

At that time, it had signed up more than half of all U.S. broadband households. It is now focusing on building its customer base in 192 countries by spending billions on programming. By the way, it is banned in China where state-owned Baidu’s iQiyi dominates.

Netflix is now larger than Disney and takes the crown as the world’s most highly valued media and entertainment company.

Disney is launching its own streaming service in 2019 and will restrict its content on Netflix. Disney’s stable includes extremely popular brands like Marvel, Star Wars, and Pixar. Its 2019 streaming service may be even more potent than initially imagined.

One of the biggest reasons Netflix has gained so much traction in recent years, as compared to services such as Amazon Prime Video, is because it was licensed the rights to show films from the massively popular Disney franchises. Analysts say the move is from Disney’s longstanding cooperative relationship with Netflix to outright competition.

GadgetGuy’s take. Netflix or quality family time? Netflix is about bums on seats, or couches, or chaise lounges. Netflix wins

Netflix is in the enviable position of being the original video store killer. But later entrants like Amazon Prime Video, Hulu and even the Australian Stan are trying to eat its lunch. Netflix cannot afford to drop the ball, so its only option is to spend, spend, spend and outspend the competition.

Amazon can afford to match that – it is the world’s second trillion-dollar market cap company. Netflix is about 158 billion.

But what the survey shows that apart from sleep and work Netflix is a close third and family is st distant last.