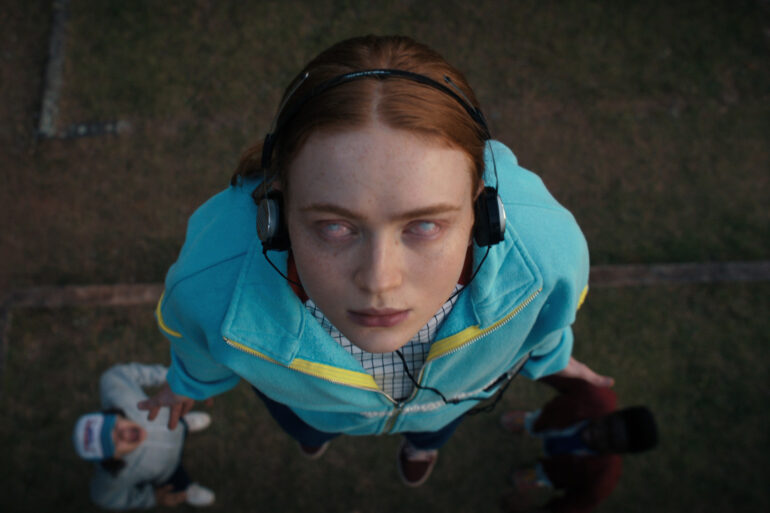 Bringing cinema-like audio to the masses, Netflix spatial audio replicates the immersive effect of a high-end surround sound system in any lounge room.

While standard 2-channel stereo sound only splits audio between left and right speakers, surround sound formats like Dolby Digital 5.1, Dolby Atmos, DTS and DTS:X take home cinema to the next level. The trade-off is that making the most of these surround sound formats requires a room full of speakers, or perhaps a high-end sound bar with the ability to bounce audio around the room.

To make immersive audio available to everyone, Netflix has partnered with Sennheiser to remaster the stereo soundtrack for some of its own titles, including Stranger Things (Season 4), The Adam Project, The Witcher and Red Notice. The improved audio is available to all Netflix subscribers, regardless of their subscription plan.

Netflix spatial audio uses the same 3D audio technology found in the Sennheiser Ambeo soundbar. Known as “Ambeo 2-Channel Spatial Audio”, it adds extra detail to the standard stereo soundtrack to mimic the effects of surround sound, so objects sound more like they are spread around the room. Even so, it is still playable via standard headphones or any device with only two speakers, from televisions down to handheld gadgets.

This incldues not only remaining faithful to the original mix, but also respecting the tonal balance and dialogue integrity, “which is exactly what the re-recording mixer is looking for,” says Dr Renato Pellegrini of Sennheiser’s Ambeo team.

“The processing is in line with Sennheiser’s reputation to deliver tools that are ‘transparent’ and do not interfere with the original sound. In a nutshell: Sennheiser 2-Channel Spatial Audio seeks to translate mixer intent, not to overpower it.”

More on spatial audio at GadgetGuy.