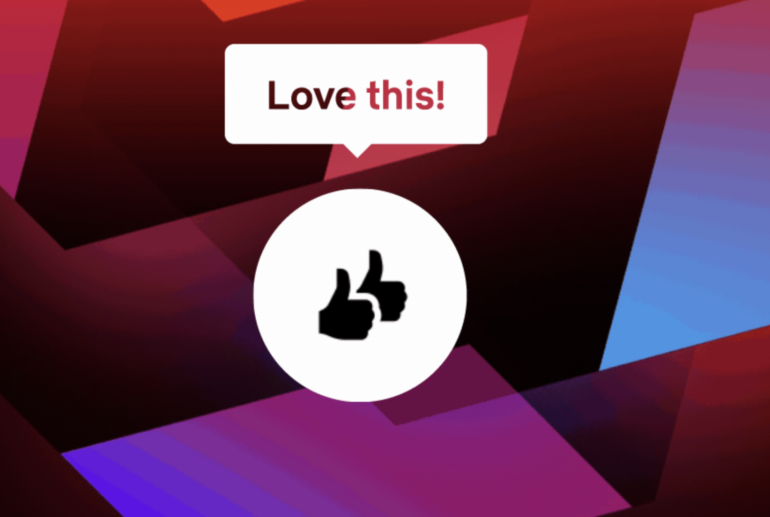 Indicating that you more than merely liked a movie or TV show, the new Netflix Two Thumbs Up button lets you fine-tune your viewing recommendations for a Big Night In.

The current Thumbs Up and Thumbs Down buttons are a good way for viewers to tell Netflix how they feel about a series or film. In return, you get a profile that’s better personalised to your taste.

Even so, the new Netflix Two Thumbs Up button is one of the most requested features from users, who didn’t feel that a single thumbs up or down, to like or dislike titles, was enough, says Netflix director of product innovation Christine Doig-Cardet.

Netflix has learned over time that viewer’s feelings can go beyond a simple like or dislike. Providing an additional way to tell Netflix when they’re really into something means a profile with recommendations that better reflect what they enjoy, Doig-Cardet says.

“But a Double Thumbs Up tells us what you loved and helps us get even more specific with your recommendations. For example, if you loved Bridgerton, you might see even more shows or films starring the cast, or from Shondaland.”

Netflix is rolling out a new Two Thumbs Up button on Android, iOS, TV, and the web. It will appear next to the existing Thumbs Up and Thumbs Down buttons.

Netflix is expected to offer more personalisation later in the year. The like/dislike buttons were introduced in 2017, before which Netflix offered a rating system that allowed users to rate a title on a scale of one to five stars.