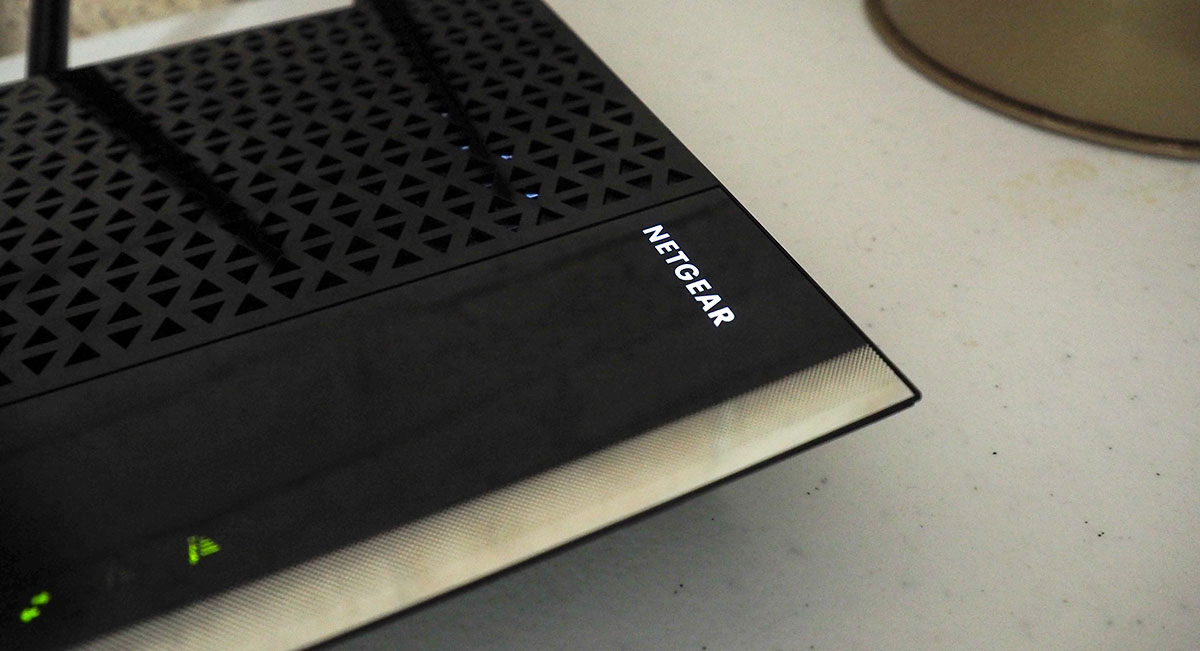 Weak WiFi range is the bane of most households, and while 802.11ac can improve things, it isn’t the be all end all if you’re using one device. Enter Netgear’s Nighthawk Range Extender. Can this fix our WiFi woes?

Range extenders come in all shapes and sizes, but Netgear’s EX7000 is the first we’ve seen in a long time that resembles more of a router than your typical extension gadget.

For starters, it’s long and modem like, taking the almost diamond-like angular edges from the previous Netgear gadgets and applying it to a tall rectangular shape that would work well on a desk, provided a flat desk stand is included, which one is.

There are aspects of its design that we like, and we’re starting with that whole vertical design, a nice shift from the flat horizontal ones we’re so used to seeing lately that take up more space due to just how wide they are.

Its lack of bright LEDs are also useful, because if you stick this in a room, you’re not likely to be kept awake by it. Like the Linksys model we checked out, you can’t actually switch them off, but unlike that model, they’re also relatively dim and small. Plus, because the router is vertical, you can actually position the router’s front away from you and choose not to even see the lights to begin with.

Even the style of the router works for us, with lots of triangular holes in black glossy plastic making up the design and generally helping the whole gadget to feel less like another random computer gadget and more like something that you wouldn’t mind having in your home, like a tall pint-sized video game console, even though the features and use are very different.

Three antennas sit on the back of this, and it’s here that Netgear could probably have changed things, possibly by mounting this on the top of the unit.

Maybe the top would be better next time, Netgear, since there’s nothing up there, and the antennas could unhindered.

But there’s more to this range extender than just antennas, because you’ll also find five Gigabit Ethernet ports here, ideal for plugging in local computers or home entertainment gadgets (like a gaming console or a TV) directly into the router for a more stable connection. Five is one more than we’d expect, and there’s also a USB 3.0 port to turn the range extender into a small networkable media device or possibly a print server, if your printer doesn’t support a degree of networking by itself.

Two wireless bands are supported here, too, spread out over 2.4 and 5GHz, with the former being for the gadgets that don’t always need a lot of speed and only need a maximum of 600Mbps, while the latter is ideal for those things in the home that need high speeds, such as computers, gaming consoles, and TV-based machines.

The range extension technology can be used in a standard mode and extend current networks transmitting across both, or it can be configured to work with a technology known as “Fastlane” which can use one of the bands to create a dedicated connection to the router (such as 2.4GHz) and then transmit to the other gadgets using the other band dedicated just for the extender (such as 5GHz).

Setting up the router is easy, though, so you’ll be able to get stuck into what it has to offer very, very quickly.

There’s even a little slip of cardboard that can be pulled out at the back with all the details you need for setting up your WiFi, useful if you’re starting with the EX7000 out of the box, or if you reset and need the information to start with.

A pull out bit of cardboard is definitely better than a slip of paper you’ll lose or a sticker that might fall off, especially when the cardboard doesn’t fall off and can’t be easily removed.

Once you have the details, simply plug it in, screw in the antennas, switch it on, and connect over WiFi to the new router.

If you need to login specifically with an ID over WPS — and we didn’t on a Mac — you’ll find the install is pretty easy to navigate over a web browser, simply connecting and loading up whatever your default is.

From there, it’s a pretty painless selection of your networks, and if they’re not found, you can manually throw the information in.