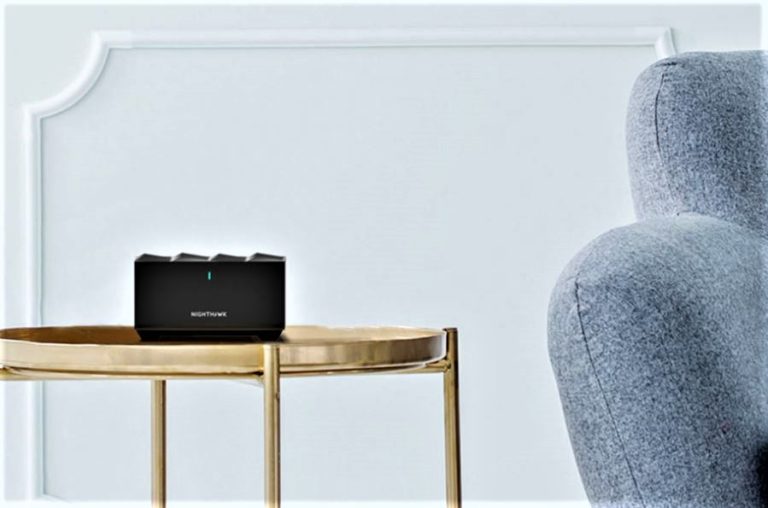 The NETGEAR Nighthawk MESH Wi-Fi 6 gives you Wi-Fi 5 AX speeds potentially all over the house. It is an interesting low-cost compromise compared to its big brother, the Orbi RBK852.

The NETGEAR Nighthawk MESH Wi-Fi 6 is a compromise – in a good way. It is about half the speed, half the power, half the features, half the coverage and well under half the price. In fact, compared to the Orbi at 2-unit kit at $1399 this two-unit kit is $299 (currently $100 off).

It comprises an AX router (MR60) and one (MK62) or two (MK63) satellites (MS60) that can act quite well as a whole of home MESH system. It also supports Easy Mesh standard to link as an Access Point to an existing router that supports this standard.

What is NETGEAR Nighthawk MESH Wi-Fi 6

First, let’s start at your internet connection. It will be

Essentially you connect the MR60 router to the Ethernet port on any of the above and run through the setup.

If you must connect it to the crappy modem/router, turn Wi-Fi off and connect everything to this.

The router and the satellites each have an Ethernet Lan port. You can use wired backhaul between one Satellite and the router. If you want to connect two or more Satellites, buy an inexpensive 6 or 8 port Ethernet hub for the router. You can also have more direct connect devices.

Please remember that we are testing a lower-specified system – half the speed of the Orbi reviewed here. I don’t expect more than 5-10 metres coverage and commensurately lower signal strengths. It is critical to have a decent signal overlap.

As 5m it halfway to the Satellites 1, and it took over and

These are very credible -dBm signal strengths. I was surprised that the Ethernet connected Satellite 2 shot up to 1200Mbps (Max AX speed).

And don’t fall for the Ookla Speedtest as proof. It is simply the speed of the internet to your device. It bears no relationship to the data transfer rates (up to 2400Mbps) between the Router and Satellite over the home network.

Seamless transfer from Router to Satellite

Transfer was generally seamless, but on several occasions, it required the test device to disable and enable Wi-Fi to switch over to the next Satellite or router.

Use as an Access Point Extender with other routers

The router can act as an Access Point transmitting a different SSID and set up a MESH network with its satellites. We understand that if using a NETGEAR Nighthawk main router you can use the same SSID as well (not tested yet – we will revisit that).

But this means you can get Wi-Fi 6 AX to your home even if you have a Wi-Fi 5 AC router.

I quite like this inexpensive NETGEAR Nighthawk MESH Wi-Fi 6. Its small, discreet and works well in the right small home, townhouse or apartment. As it is Dual-band its not for masses of connected devices – say a maximum of 10 to each node.

If you have a typical 300m2 single or two storey home, the three-pack is your best bet.

Place the router where the internet point is and place satellites up to 10 metres line-of-sight or 5 metres through walls/ceilings.

Or if you have two levels, place one Satellite upstairs almost over the router downstairs.

If you can connect via Ethernet do it in a star configuration – satellites will not connect to another.

That way, you bathe the home in usable (200-866Mbps) Wi-Fi with reasonable signal strengths.

The Orbi mentioned earlier is for larger homes, more devices and more streaming. And it is worth reading the review to see what you can do with MESH.

This is not a super-fast, fully-featured router but it is a terrific value and probably 100 times better than the crappy CSP supplied router.

It loses a few points because the seamless transfer is a bit hit and miss, and it is a dual-band but gains points for simplicity and surprising performance.

Features
8
Value for money
9
Performance
8
Ease of Use
8.6
Design
8.6
Positives
One of the best low cost options to add Wi-FI AX to small homes
Very easy setup - connects to your existing gateway
Access Point as well as MESH modes
Negatives
Don't overload it - its a low cost device
Usaes EasyMesh - not compatible with Orbi MESH
8.4