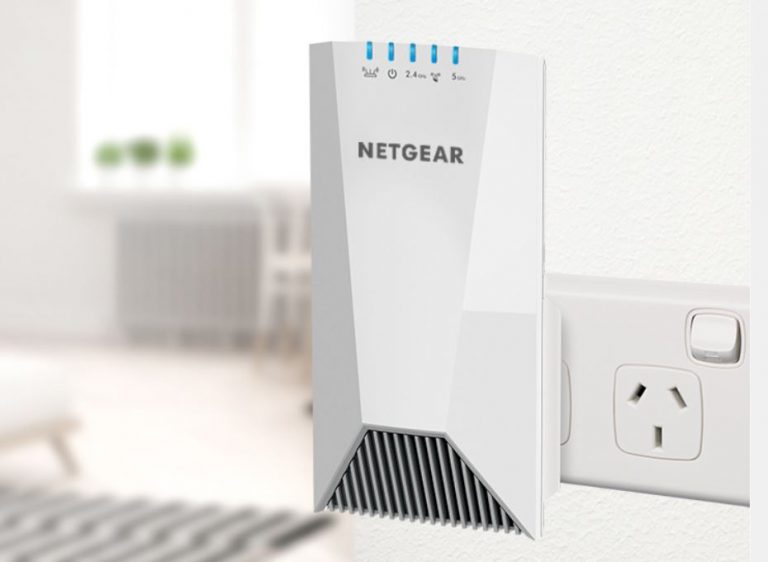 This technology can enable NETGEAR’s Tri-band routers to create a dedicated wireless link from the extender to the router, removing bottlenecks in home networks so that smartphones, tablets and computers can stream, game or browse the internet.

To be clear it will work with most Wi-Fi AC routers, but it is best with a NETGEAR Tri-band router like the AC5300, R8500 to dedicate one of its two 5GHz bands to create a mesh FastLane 3 link to the AC2200 extender.

The only catch to this is that 5GHz Wi-Fi has a shorter range, so the extender needs to be reasonably close to the router. NETGEAR provides its Android Wi-Fi analytics app to help optimise the network. The X4S can cover an area of 138m2 (about 12 x 12 metres)

“If you love the features of your current router or are locked into the modem-router provided by your ISP, the Nighthawk X4S Extender with FastLane3 Technology offers you an easy way to extend your home W-Fi by adding a mesh network without overhauling your network,” said David Henry, senior vice president of Connected Home Products at NETGEAR.

“With no need to dismantle or replace your existing Wi-Fi equipment, you can now experience the benefits of Nighthawk Mesh Wi-Fi. You need only decide between the wall-plug design (EX7500) or the desktop extender (EX8000).”

Don’t believe everything you read. Wi-Fi can end up a nightmare in Australian homes with lots of Wi-Fi absorbing or blocking materials like corrugated roofing, cement/clay brick walls, steel framing and more.

While Wi-Fi extenders can work in the right circumstances, they can cause other issues like loss of bandwidth in the main router’s service area. The best way to extend the Wi-Fi network is to use hardwired Ethernet cables or Ethernet over Power  devices to dedicated bridges or extenders supporting seamless roaming.

And while this product works with all AC routers/gateways it is going to perform best with NETGEAR’s flagshipAC5300, R8500 router where it can dedicate one of its two 5GHz 2166Mb/s channels to the extender. If you are already using that extra band, it will no longer be available.

It is important to note that the extender cannot transmit speeds greater than the link speed to the existing router and for the most part that is a lot less than AC2200.

And it is even more important to note that the router cannot transmit any faster speed than the internet delivered to it – from 10 to 100Mb/s depending on your ISP.

Before you buy any extender make sure you can take it back to the store if it does not work for you.

NAS to supercharge your home-sharing, storage and backup