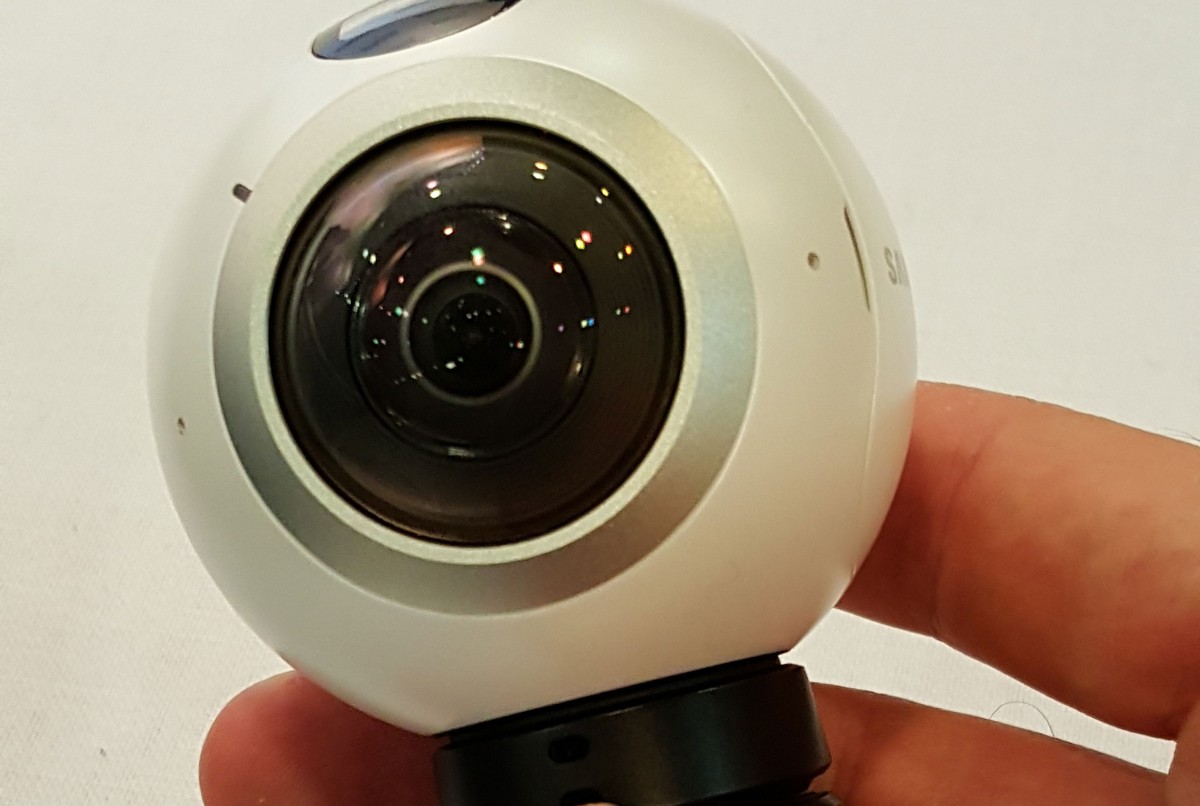 Samsung has launched a new Gear 360 camera accessory at the Unpacked event in Barcelona, along with its two new Galaxy S7 and S7 Edge smartphones.

Designed to connect to the S7 phones, the Gear 360 is a small and compact camera that captures images and video in 360 degrees.

The device actually features two 15 megapixel, F2.0 fisheye lens cameras, which are positioned on opposite sides to generate a full 360 degree view.

Once a shot is taken, the footage can be stored on SD card, or sent to the S7 via Bluetooth where it is processed and stitched together.

You can also watch a live preview of what the Gear 360 is seeing from your S7 or S7 Edge before you remotely capture the footage.

The Gear 360 can capture video in ‘almost’ 4K resolution, as well as 30 megapixels still images with both cameras combined.

Once 360 videos are processed, they can be shared and viewed in 360 degrees on Youtube or Facebook, or with Samsung’s Gear VR headset.

There’s also a handy mini-tripod in the box for self-standing the camera, along with a standard screw mount.

The Gear 360 is compatible only with the S7 model phones, although support for the S6 and earlier phones could be added soon.

More details about pricing and availability will be announced closer to the Australian launch date.