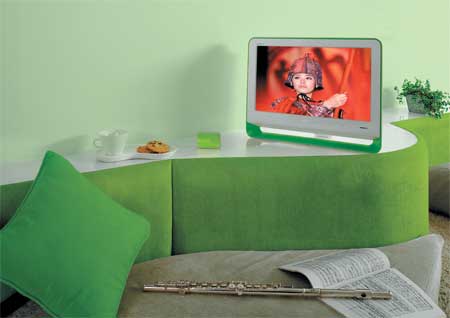 Sony claims to have improved its famed ‘Bravia’ engine with this year’s release of new panels, along with a few other little additions. One of those is the XMB navigation interface, first seen on the PS3 console and now making its debut on the televisions. For those PS3 owners accustomed to the minimalist display, the XMB (or Xross Media Bar) will perhaps be a comforting sight, despite its entirely unpronounceable and illogical spelling. Thanks, marketing dudes!

New aesthetics are also a feature – the V series in black, red or white, the S series in playground colours (pictured) and the full HD W series in midnight blue. All models also include ‘Bravia Sync’, Sony-speak for HDMI-CEC (Consumer Electronics Control), the industry-standard that allows compatible machines to link up and be operated in synchronisation and via a single remote.