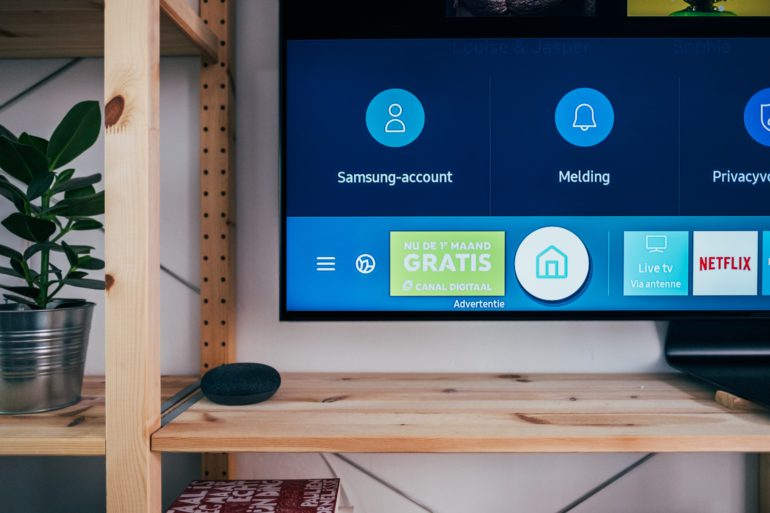 On the whole, they are nothing more than marketing terms. Why? Because new TV Technology is purely a variation on two panel types – self-emissive OLED and LED-backlit LCD.

This article is a new TV technology update to our Techies Guide to TVs 2020.

We won’t repeat that – this is a brief overview in order of picture quality and price.

OLED is Organic Light-Emitting Diode. What it means is that each of the 4K pixels (3840 x 2160=8,294,400) is an individually controllable white backlight (WOLED). It can be on (100%) to off (0%) or anywhere in between giving perfect black and white. It shines through an RGBW colour filter layer to provide almost perfect colours and HDR or Dolby Vision.

LG is the OLED king, supplying many other makers with its Gen 8.5 (or later) panels. New Chinese made panels are currently more like Gen 4 to 6 and are visually inferior although we expect fast catch-up.

Con: OLED is not as bright as LED/LCD and needs better room ambient light control.

Samsung is experimenting with QD-OLED using blue (BOLED) backlight that shines through its RGB Quantum Dot (QD) colour filter layer. It has the potential to produce even more punchy colours. But it is unproven, and OLED-Info reports that it suffers low brightness issues. Samsung must solve that before it has any market impact on OLED.

TCL follows Samsung’s path with H-QLED (Hybrid) using a blue OLED pixel and red and green QD. This is a more cost-effective system that can use ink-jet printing technology to construct the panel. As yet not released or proven.

But the real nirvana is when someone can invent self-emissive quantum dots (QDEL) – that is a long way off.

QLED should use full-array local dimming, but we have seen lower cost edge-lit and direct-lit models. In fact, in the US, the Federal Trade Commission has mandated that it must reveal its backlight type if it is called Quantum Dot.

All these are LED/LCD TV backlight types

The backlight shines through the LCD gates (tiny switchable on or off gates) then through an RGB colour filter layer.

As you will see from above, these are just backlight types. They offer the promise of higher brightness that will help TVs compete with OLED for the highest picture quality. They are for QD or traditional LCD panels.

But the major drawback is power use. The more LEDs more power consumed and heat generated.

Mini-LED is larger and can have hundreds to thousands of backlight LEDs. These are the logical successor to FALD. But it is not an OLED killer in any way.

Micro-LED is the smallest measured in nanometres – about four times larger than an OLED pixel. It has RGB lighting. So, there can be many thousands in a panel. But these are currently enormously expensive to make with huge panel failure rates.

Don’t be fooled – these technologies are very close and have no relationship to OLED.

Basically, it is a mini-LED backlight with Quantum Dot colour filter before an LCD panel.

Samsung does not state specs, but we understand the mini-LEDs are 1/40th the height of FALD LEDs on a VA LCD panel.

Will OLED be outclassed?

OLED technology is mature, has better production yields and is far ahead of the LCD for picture quality. You can’t push LCD technology too much further. It may take a completely different, as yet uncommercialised technology to take all types out!

So while you may be perplexed at the new 2021 TV technology – its all very simple, really. OLED or LCD.