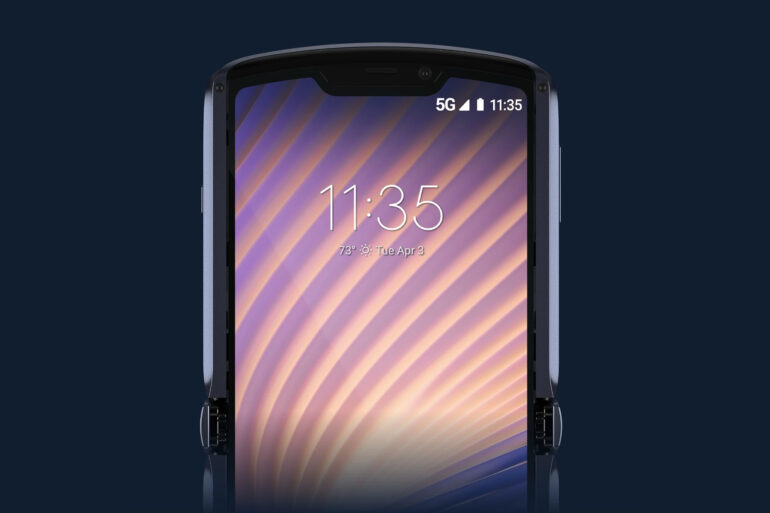 Leaked images have shown what has been reported to be a test version of the third generation Motorola Razr flip phone, giving an idea of what to expect ahead of its official reveal.

These images come from known leaker Evan Blass of 91Mobiles, showing off a device codenamed ‘Maven’, which is allegedly the upcoming third Motorola Razr device. The first of the current Motorola Razr flip phones launched back in 2019, followed by a 5G version the following year.

In photos, the next foldable flip phone from Motorola looks more square-shaped and box-like in appearance than its predecessors when closed. According to Blass’ reporting, one of the major upgrades is to the phone’s camera, with a 50MP f/1.8 main camera, and a secondary 13MP lens for macro photography. It’s also reported to include an FHD+ main display and a 32MP front-facing camera.

Internally, it’s suggested the new Motorola Razr will run on a Snapdragon 8 Gen 1 chip, up to 12GB of RAM, and as much as 512GB of internal storage. It also seems Motorola has once again changed the location of the fingerprint scanner to now be on the power button on the side. Previous iterations had the sensor on the bottom of the phone when closed, and on the back for the most recent model.

Blass claims the upcoming flip phone will ship to China first between July and August, followed by a global release, indicating an official announcement isn’t far away. Although nothing has been officially confirmed yet, the yet unnamed Maven phone will reportedly come in Quartz Black and Tranquil Blue variants.

Although it’s always worth waiting for the official word before getting too excited, it’s likely we’ll see a new Motorola Razr sooner rather than later based on recent reports. What will be most interesting is how many improvements Maven will make over the previous version. In the GadgetGuy review, Ray Shaw praised the 2020 Motorola Razr 5G, awarding the foldable a strong 8.7 for its design, style, and remarkable improvement over the 2019 model.