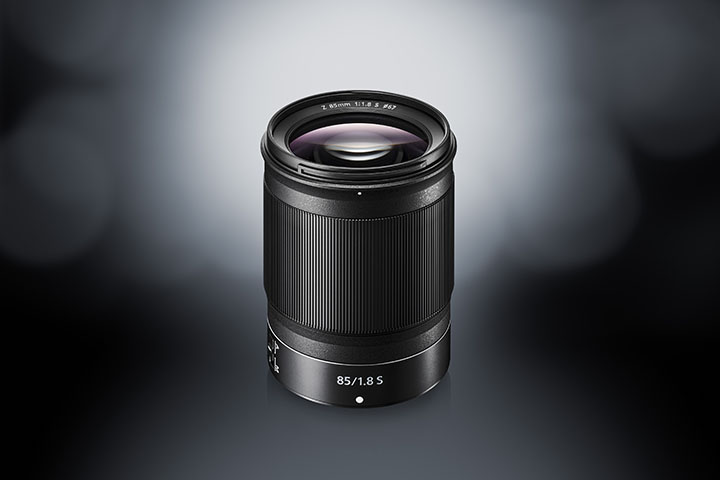 This is a first. I don’t think we’ve ever reviewed a camera lens before on this site. But when the Nikkor Z 85mm f/1.8 S prime lens was offered, I figured it’d make an ideal opportunity to talk about aperture.

But, first, what product am I talking about? Nikkor is Nikon’s lens brand, and for decades it has been one of high repute. The Nikkor Z 85mm f/1.8 S is a prime lens designed for Nikon’s new Z range of full-frame mirrorless cameras. We reviewed the higher end Nikon Z7 here. Nikon provided the slightly more affordable Z6 with the lens for the purpose of this review.

So, if you’re new to interchangeable lens camera photography, you might be asking, “What is a prime lens?” Well, it’s a lens with a fixed focal length. It does not zoom. It will give you just one angle of view.

And that is, of course, limiting. A modern zoom lens is thing of wonder. Depending on the model, you can use a zoom to “virtually” take you up to a building’s window, then zoom out and photograph the whole structure. With a prime lens you need to move yourself or your subject to photograph different aspects of it.

So why go prime? Well, a zoom lens involves compromises. Its several glass elements have to be able to manage the demands of keeping all wavelengths of light aligned over a range of focal lengths. It should be no surprise that the more expensive, higher quality zoom lenses typically keep themselves down to a zoom range of around 3x, while the super zooms are cheaper … and lower quality.

Another thing traded off by zoom lenses is what is often called “speed” or “brightness”. They are jargon for the amount of light that a lens can capture and pass through to the sensor. A “fast” lens lets in more light and the more light, the faster the permissible shutter speed. One measure of the “speed” or “brightness” of a lens is its maximum aperture – how wide it can open its iris.

It’s an impressive zoom lens on a full frame camera with a maximum aperture of f/2.8. The maximum aperture of the Nikkor Z 85mm f/1.8 S lens is in the name. That’s a wide aperture, and its especially wide for a moderate telephoto lens. This is a fast lens, as I was to later discover.

A fast lens can operate effectively at lower light levels than a slower lens. These days, that means you can hand-hold later at night thanks to a faster shutter speed, or without having the camera force the ISO to as high a level (which usually results in more noise).

Remember, though, f/1.8 is the maximum aperture – the widest that the iris will open. Unlike the cameras in most phones, the aperture can be narrowed, in the case of this lens, down to f/16.

The other thing delivered by an f/1.8 aperture on a full frame camera is the potential for a very shallow depth of field. Smart phone makers try to fake this in their camera apps. But this lens provides the real thing: a smooth, appropriate-depth bokeh, thanks to the curved nine-blade iris.

The focal length of the Nikkor Z 85mm f/1.8 S lens is also in the name. 85mm is a moderate telephoto. Back in the olden days of 35mm film photography, a 50mm lens was regarded as the midway point between wide angle and telephoto lenses. Kind of neutral. A focal length of around 70mm was generally thought ideal for portraits. A longer lens tends to avoid the distortions of wide-angle lenses, which might emphasise nearer details such as the nose. I think that these days, living as we do in a world of selfies, we’re somewhat immune to that kind of distortion. Nevertheless, a careful photographer tries to avoid those kinds of things.

But 85mm is only moderately telephoto. Real telephoto in a full frame camera really starts around 100mm and can go up to a metre or more.

So, is it limiting? Well, yes, of course. I was standing on a beach and would have liked to capture the long sweep of sand along with the headland and ocean crashing against it. The field of view was not wide enough to do that. I had to pick and choose amongst subjects, or try to walk several hundred metres to secure a new angle or greater distance. I went to a zoo and the lions decided to remain right in the middle of their enclosures, making close, detailed shots impossible.

But much of the time, a lens like this just forces one to be a bit more inventive or to move around more.

And if you’re a professional, you’ll just open your camera bag and switch to a lens more suited to the task.

The Nikkor Z 85mm f/1.8 S lens has clean lines and few controls. The focus ring is wide, as it can be since there’s no zoom ring. So used to zooming have I become that I found myself instinctively spinning that ring while framing my shots. To no effect of course. Near the mount end is a single switch for Automatic and Manual focus. There is no separate aperture ring. On Nikon Z cameras, you normally use the front controller wheel to adjust aperture in “A” mode. That’s not as usable or as effective as having an aperture ring on the lens, in my opinion, but good enough.

But the Nikon Z cameras are quite configurable, so you can tell the camera to use the lens ring to control aperture. If you do that, then it only works when the focus is set to Automatic. When set to Manual, then the ring controls focus. That makes it easy to switch between focus and aperture control functions. One advantage of using the lens ring is that it is silent. When you’re videoing, you don’t want camera clicks intruding into your soundtrack. But I did find that the control ring tended to move the aperture setting faster than I would have preferred, making it hard to find the exact setting I sought.

Not that I spent too much time twiddling the aperture. I generally used it with the lens all the way open.

The Nikon Z6 has a resolution of 24.3 megapixels. The lens clearly resolved more than well enough for that resolution, even at the widest aperture. That allowed me to come quite close to certain subjects by the simple expedient of cropping down larger frames.

Try this with a smart phone. There are a couple of white lions in the enclosure, quite some distance away. Between you and them is (thankfully) a chain-link fence. Your challenge: to photograph the lions without the fence being too obvious.

Oh, well, why not start with the smart phone? In this case, I used the 5x zoom camera of my Huawei P30 Pro phone. Since this is around 135mm equivalent, it brought the lions in closer than the Nikkor Z 85mm f/1.8 S prime lens. But guess what else it brought in closer: the fence.

Here’s the shot – cropped – of the lions, taken with the phone:

And here’s the shot – cropped – of the lions, taken with the Nikon with this lens:

The most obvious difference is that the fence has largely disappeared. The shallow depth of field of the lens set to f/1.8 has put the fence so out of focus it is almost invisible. But the overall picture quality of the Nikkor is far superior as well. Here I’ve cropped the Huawei shot down to a selected 720-pixel wide section:

And here’s the equivalent from the Nikkor lens:

Even if you ignore the disappearance of the foreground fence, the shot with the real camera is so much more realistic.

Now, how about this shot?

Here the focus is on the leading edge of the wreck. The lenses’ depth of field is sufficient to keep essentially the whole structure in focus, along with the closest bush. But behind that the bushes are layered, increasingly out of focus the further you go back. That adds real pop to the picture. When a smart phone fakes focus layers, you generally don’t get multiple levels of unfocus as you go further back in the image.

This shot emphasises the point. The subject is sharp, but the background is soft, yet glowingly attractive. The eye is drawn to the subject.

Finally, here’s why I really fell in love with the Nikkor Z 85mm f/1.8 S lens: it was just glorious for botanical and flower images:

One final note on the aperture. Even though it was only the first couple of days of spring, I found that I frequently couldn’t use the full f/1.8 aperture on the beach. There was so much light that the camera was jammed up the maximum shutter speed of 1/8000th of a second. I had be narrow the aperture for such shots.

There are other Nikkor Z  S prime lenses here or coming, both in wide and middle focal lengths. I would not choose the Nikkor Z 85mm f/1.8 S lens for, say, travelling as a tourist. For that I’d trade off a little quality for the flexibility of a zoom lens. But for such things as portraiture and botanical photography, it’s hard to think how one could go past this lens.

Nikon is another one of those companies which, irritatingly, doesn’t let you know how much its stuff costs – “Nikon do not disclose their pricing,” I was informed. But the main retailers have it on offer for just under $1,400.