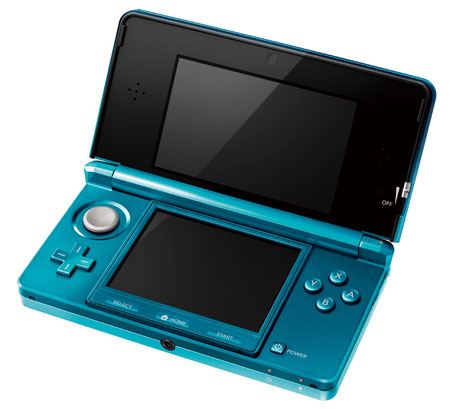 The world of 3D has finally become something you can hold in your hand, with Nintendo releasing its 3DS console to Australian stores.

Nintendo’s new portable console follows the trend of its past DS handhelds by providing a dual-screen system you can hold in your hands, but with one extra catch: the top screen works in 3D.

In fact, the 3D is a glasses-free affair, allowing you to see the image in three dimensions by just looking straight at it. Games will take advantage of this, offering 3D gameplay where ever you are and without needing to wear any annoying 3D glasses like on current 3D TVs.

Bad news if you didn’t pre-order the $349 3DS however, with news on the street suggesting that most stores have already sold out.

The good news is that it’ll play your old Nintendo DS and DSi games, so if you’re thinking of upgrading to the new console from your current generation of DS, you can keep buying those games. They won’t be in 3D when you move over, but at least they’ll still work.