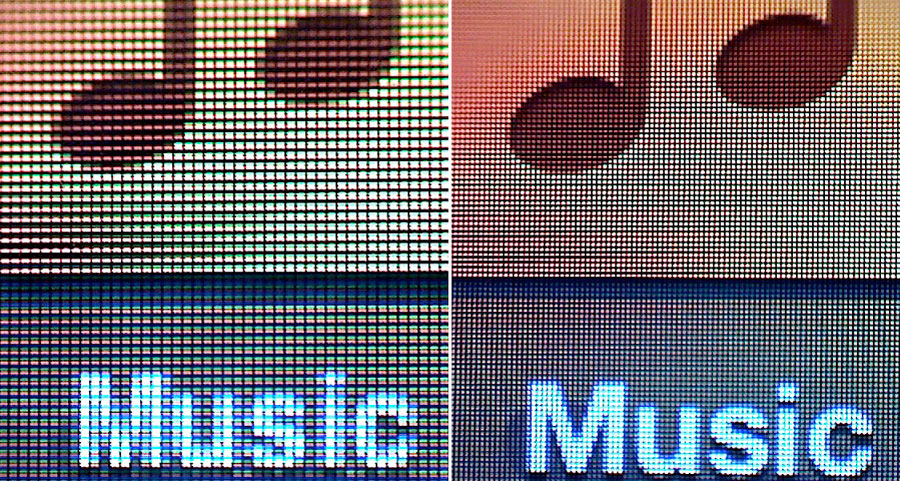 iPad 2 on the left, new iPad on the right: the difference under a microscope is very noticeable.

Over the last couple of days I’ve kept stumbling across reports claiming that MP3 is no more. That, says Gizmodo, “it’s dead”. The piece title actually claims that the Fraunhofer Institute for Integrated Circuits has “officially killed it”.

Wrong. All that’s happened is that the patents ran out. Fraunhofer had for years been licensing MP3 technology for which it held certain patents. They expired in April 2017. No more patents, no more ability to require people seeking to use the intellectual property covered by the patents to obtain licences (paid, or unpaid).

I guess Fraunhofer could have continued to have licensing arrangements on a voluntary basis, but it presumably anticipated that any revenue would not be worth the trouble.

The end of a patent does not mean the end of a technology. There is no patent for the wheel, but still people use it. In the 1850s an American named Rollin White obtained a patent for something called the “bored-through cylinder”. This permitted the use of integrated metal cartridges in revolvers. Smith & Wesson paid White a royalty until the patent expired in 1870. Yet, today, nearly a century and a half later, hundreds of thousands, if not millions, of revolvers are still produced every year.

Indeed, MP3 might become even more ubiquitous, if such a thing is possible. No licensing means that it’s as free to use as the wheel. Yes, newer music codecs such as AAC are better, but they are still under patent, and thus controlled by someone. So don’t be surprised if there’s even more MP3 in your future.