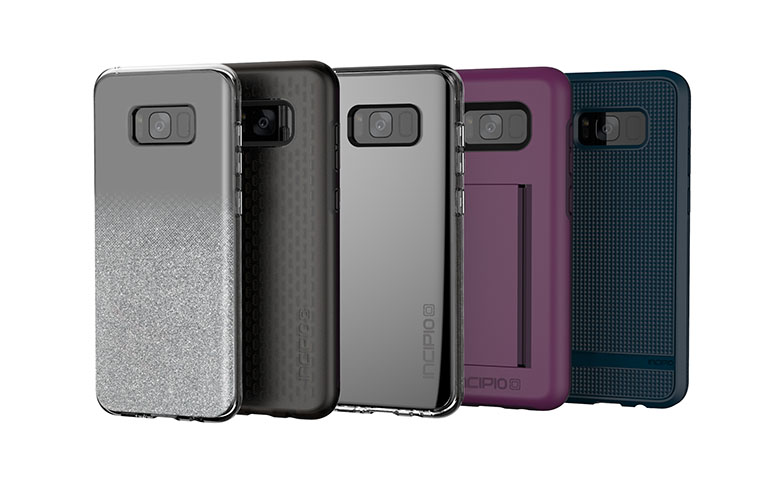 Perhaps the most amazing thing about new phone launches, particularly of the biggies from companies like Samsung and Apple, is how there are remarkably few photos of the products prior to launch. Hundreds, thousands perhaps, of people outside the companies must have familiarity and hands on experience with the product prior to launch.

We know that because even before I received the press release yesterday from Samsung Australia about the new Samsung Galaxy S8 and S8+ phones, I’d received a press release from a maker of cases for the phone.

And then another soon after. And then some amusing predictions about the phone’s future.

Those Non Disclosure Agreements must be fearsome things.

The first off was Tech21, spruiking its range of cases, now fitted of course to both the Samsung Galaxy S8 and S8+. The range consists of:

Soon after Incipio followed up with its offerings. Apparently it’s part of something called the “Designed for Samsung Mobile Program”. It has new models of all its case series available, now fitting the Samsung Galaxy S8 and S8+.

There are quite the wide bunch of styles and finishes available across a reasonably affordable price range. The basic “Core Series NGP Case” is $24.95. There are two higher priced models and then things top out with the Design Series and the Esquire Series, both of which cost $49.95.

In view of some of Samsung’s fiery travails of recent months, it’s a little amusing that Sportsbet is taking bets on a repeat, plus a few other things related to the new phones. There are five things you can bet on. The first?

“Will the S8 battery explode”? Yesterday’s Sportsbet release said $1.15 for “No” and $5.00 for “Yes”. Obviously Samsung will be hoping that “No” is the right bet, but I’m not so sure. The Sportsbet criterion says:

Applies to a Samsung Galaxy S8 handset having a random spontaneous battery explosion in 2017. Must be officially reported.

The way I read that, all it will take is one to win, so long as it’s “officially reported”. Does that include phones that have been somewhat abused? Samsung sold around 25 million S7 and S7 Edge phones in the first half of 2016. If those numbers are repeated, what are the odds that at least one will have a meltdown? That looks like “Yes” might make a reasonable bet.

Still, for what it’s worth, I reckon Samsung is the least likely to have burning battery problems with the new phones. Its collective mind will most certainly have been focused on the issue of battery safety and reliability this time around.

Some of the other opportunities for losing your money on Samsung Galaxy S8 and S8+ bets are these questions: