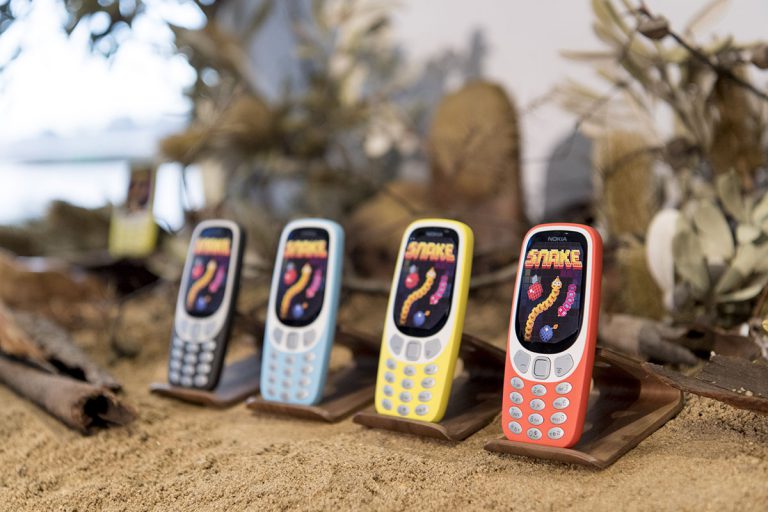 There was a big splash earlier this year when Nokia announced the launch of the Nokia 3310. Truly retro, it was a call back to the classic Nokia 3310, one of the biggest selling cell phones of all time – some 126 million were sold between 2000 and 2005.

Smart phone? Bah, humbug! This was a phone for making calls and sending texts. Forget about stacks of apps, and all that stuff. The is a tremendous appeal in such a phone today, particularly for the growing numbers of people who feel themselves too bound to ubiquitous interaction with the world.

But no more, a new version has now launched with 3G so it will work on all Australian cell phone networks.

The Nokia 3310 3G is not entirely retro. As with many phones produced in the last few years before the appearance of the iPhone, it does support the Web, after a fashion. It has the “Opera Mini Browser” which allows user to “Access popular web content”. I assume that this is a somewhat richer Web experience than that provided by the Wireless Application Protocol – WAP – back in the day. But as with those old phones, it’s not something you’re likely to want to do much on the 2.4 inch 240 by 380 pixel display.

That said, the display is colour, unlike the original 3310 (it only had a resolution of 84 by 48 pixels!) and the display has a polarising filter to help out-doors readability.

Some other things are apparently deemed essential these days, such as the two megapixel camera, with a LED flash which can also be used as a flashlight. There’s Bluetooth not just for hands free use but also for music. You can slot in a microSD card of up to 32GB for storage.

One of the other things that has been lost in the smart phone era is battery life. The battery, with a mere 1200mAh of capacity, is rated at up to 27 days standby time. That’s almost a month. Or talk time of up to 6.5 hours, MP3 music playback up to 40 hours, and FM radio playback up to 35 hours.

Did I mention there’s an FM radio built in?

And, of course, there is the absolute must-have of a Nokia phone: the game of “Snake” is pre-loaded.

It has a Micro-B USB port for charging and, I expect, loading music onto the microSD card should you choose to install one. A wall charger is provided, along with a “Headset” for plugging into the 3.5mm audio socket.

You’ll be able to by the Nokia 3310 3G for $89.95 from the middle of October 2017 from Vodafone, Optus and the usual major retailers. In Australia we will be getting the Azure and Charcoal models, apparently not the red or yellow ones.

Lest nostalgia mislead us, I can’t help but note some of the wonderful things about 2017, as demonstrated by the Nokia 3310 3G. It isn’t really a retro phone because it’s so much better in so many ways than the original. I’ve mentioned the colour screen and how it’s thinner. And that 85 grams is much less of a drag on your pocket than the old 3310’s 133 grams.

How about that battery life? Back in 2001 I reviewed one of the variant/successors to the original Nokia 3310, the Nokia 3330. Its specified standby time wasn’t 27 days – 648 hours – but between 55 and 245 hours. It’s specified talk time did come close, being rated at up to six hours.