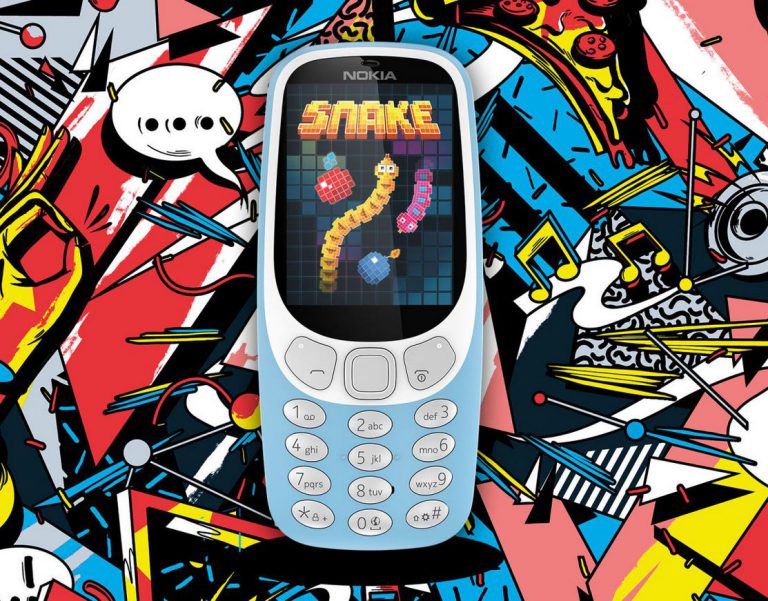 Nokia released the 3310, 3G phone in Australia a few months ago and by all reports, it is selling very well to a very specific audience – those that don’t want a smartphone.

Apologies to Nokia for the use of the term ‘dumb’ but this is a big buttoned phone for making and receiving calls and sending the odd text message. Oh, you can play the old favourite ‘Snake” game while waiting for a doctor’s appointment.

And apologies to old farts – I am one – because this phone appeals to those who just don’t want or need a smartphone and a data plan. This is a phone where a pre-paid SIM will last a very long time.

Warning – if you have used a smartphone and like the touch screen etc. – buy a pre-paid at Woolies where for under $100 you can get an Alcatel 5” U5, 4G, Android touch phone that is pretty good.

Some say its 2.4” 240×380 pixel, colour, non-touch display is just superb for Facebook and Twitter – it is all about clarity, readability and large letters.

No touch screen is a little bit of a bother, and it only has 12 big buttons, so you must remember that 26 alphabet letters and a few essential characters really do fit using predictive text. Great for arthritic, one-digit typing. You navigate the screen icons and Facebook by using the small directional scroll key – easy.

And a 2MP camera (with flash) is just about enough for you to recognise the grandchildren through your rheumy eyes.

Hey, it has a 3.5mm jack (and a techy thing called Bluetooth as well), so you can plug in earbuds and enjoy its FM radio. If you have heard of downloading MP3 music, it has 128MB of storage (30 songs), and you can slip in up to a 32GB MicroSD card (about 8000 songs) as well.

The battery is removable – I had almost forgotten how to open the back cover, and you can natter on for up to 6.5 hours. If you are anything like my wonderful octogenarian, taciturn, mum that won’t be an issue. “Hi Ray. You well? Good. Must go now!”

You re-charge it occasionally by plugging the supplied charger into the wall and the small end into the phone.

Throw in a calculator, contacts, alarm, timer, torch, calendar, voice recorder, and metric to imperial converter, and it fills most non-tech user’s needs.

There is not much to say. It is a reasonable cost for Nokia quality, economical to run, candy bar phone with big buttons and a simple, non-touch user interface that makes and takes calls. It should last many years and savvy users will get a pre-paid, no data SIM and top it up infrequently.

It is what it is – I will get one for mum and my aunt if only to help them keep in touch when away from their landline.

For my part, I am glad that my next review is on the top-of-the-line Nokia 8 smartphone – I have severe withdrawal symptoms.