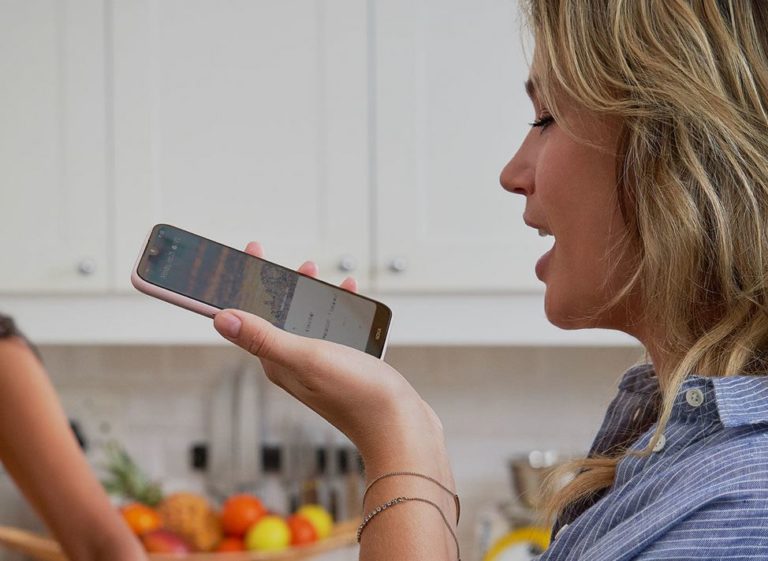 The latest new bouncing baby bunny from Nokia is the Nokia 4.2. Or as they say in Finnish ‘jalostukseen kuin kanit’ (breeding like rabbits).

The Nokia 4.2 is a cute little phone, with a cute glowing power button and good features at $299.

We develop paradigms – what it needs to do – and slot them into market segments.

At $299 this is in the middle of the mass-market range, so we don’t expect it to offer everything. It has an acceptable screen, better than social media camera, and performance. In fact, we really don’t get too critical until the premium end where you expect it all, and we deduct points for omissions. Here we add points on for extras.

We issue the standard warning that you must buy the genuine model Nokia 4.2 TA-1150 ‘ANZ’ with Australian firmware as it works on all Australian Telco carrier LTE bands and can make a 000-emergency call (not 911) without a SIM. These also have Google Pay that works with Australian PayWave readers.

The Nokia 4.2 has a centre teardrop notch which is more appealing than a full notch. It has large bezels on a flat-screen and a prominent chin with the brand on it. On the rear polycarbonate back is a dual camera and fingerprint reader.

Despite having a 5.71-inch 19:9 screen it feels small after reviewing the $499 Motorola One Vision 6.3-inch, 21:9 but c’est la vie. And it has a dedicated Google Assistant key and a glowing power key (for notifications).

To be fair, I expect a plastic (sorry polycarbonate) back, alloy frame (unexpected) and non-Gorilla Glass and it does not disappoint.

The amorphous silicon TFT screen is almost standard fare for low-end smartphones as they are cheap to make and draw less power.

The downside of aSI is that screens appear quite dull when viewed off-angle – it is bright enough at 100% on-angle. But everything has a blue/greyish tint (cool). You can adjust the white balance from cool to warm – about halfway is best.

The brightness varies – it is a good 10% lower at the edges.

Game use: No but will down-mix video to 720p

You cannot expect Wi-Fi AC or BT 5.0 at this price and not using the entire Qualcomm kit saves quite a lot of pennies. However, NFC and a Fingerprint reader are a real bonus as it supports Google Pay.

Signal strength on 2.4GHz was -52dBm and throughput was 72Mbps compared to our reference Samsung Galaxy Note9 at -36/192Mbps.

What this means is that the Wi-Fi antenna is not as sensitive as other phones and won’t have the speed or distance from the router. It dropped quickly to 50Mbps at 10 metres and 10Mbps at 20metres.

Signal strength was -93 compared to our Galaxy Note9 at -104 so it is more sensitive. It barely picked up the second nearest tower at -105, but the Note9 does not see it at all.

Bands are perfect for Australia, but international travellers need to check if they are covered.

We tested the corded buds, and the best thing we can say is why bother. Yes, they deliver voice and have a mic, but the fidelity is sorely lacking.

We tried the device with a pair of Sony WH-100XM3 headphones that support Hi-Res aptX/HD. The phone can use the aptX codec, and it was clear with little crosstalk.

There is no bass and extremely recessed mids. Higher mids and treble were good. This is an analytical signature – quite clear and crisp for voice but not for movies and music.

Handsfree was good – callers could hear me clearly. Maximum ringer volume was 85dB and music/voice around 73dB.

Please use BT speakers or headphones if you want to listen to music.

Fingerprint recognition is reliable. Face recognition got it about 40% of the time – its software-driven and needs good light.

We appreciate the notification LED power button. Its is a nice touch.

The battery is average for this class of device. GeekBench rates it at 2639

Android One is pure Android and should receive at least two OS upgrades and three years of patches and security updates.

Pie has loads of features, including AI, to learn about your use and adapt the phone to it. In the test week, we started to see minor improvements, especially in the over-aggressive adaptive brightness setting.

Users may need to get used to Pure Android – it generally has only one ‘home’ button a.k.a. iOS.

Nokia build and quality means it is a keeper.

Are they deal breakers for this price – no

The camera sits above what we call ‘social media standard’ being able to take competent shots in daylight, office light and even low light.

The lack of post-processing (not expected in this class) means images tend to be softer and colours paler – they don’t pop like a more expensive camera.

And as with all digital zoom – do not go there. No OIS and already soft results make zoom a disaster.

Colours are a little washed out, but the detail is good

Detail is good, but colours are washed out – note the pinkish (instead of quite bright red Sudoku book and rear toaster etc.)

The sensor is working overtime to brighten this darkened room, and it does quite well. Colours are good, but the details are softer.

The 8MP selfie captures reasonable detail. Its strictly for one person – there is no wide-angle. Lack of screen fill light is a concern.

The 2MP Bokeh rear sensor does a poor job of separating the foreground from the background. It needs relatively clean lines to differentiate.

GadgetGuy’s take – Nokia 4.2 for the masses

It is not a bad phone – being positive for $299 it is a damned good phone as we have come to expect from Nokia. Honestly, you cannot go wrong.

Had Nokia been $250 it would have blitzed this category. And guess what – it is $224.24 at Pennytel with a voice/data plan on Telstra 3/4G network.