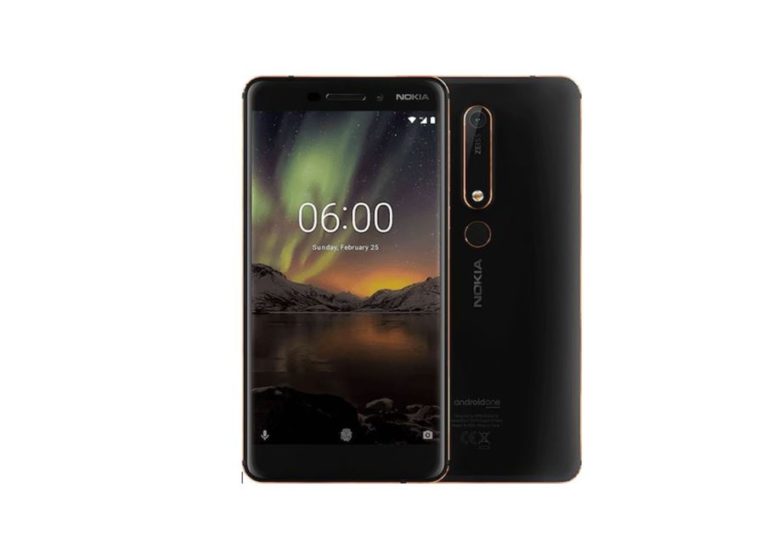 Nokia is on a resurgence. We won’t repeat all the history of how Microsoft bought the Finnish phone company and finished it. It is now under Finnish company HMD. Just take it as read that this barely 1.5-year-old company is doing everything right to be in the top-five global smartphone makers.

It starts with the huge Nokia range from The Nokia 8 Sirocco flagship to a dumb 3310 3G handset and everything in between.

Please Nokia – no more new models for a while!

At this stage, we know there are several variants in 3/32, 4/64, Single and Dual Sim. There may also be different numbers for carrier locked and unlocked.

Why am I making such a fuss? Because parallel imports (read the GadgetGuy exposé here) don’t have Nokia warranty (meaning you deal with the company you bought it from), and often only work on the Optus network. I hope you get the message.

It is a solid device. Built like a deluxe tank, this time from a single milled block of 6000-grade aluminium. While not overly heavy at 172g it’s 16:9 screen makes it heavier and wider than 5.5” 18:9 screen competitors.

I like the Black/Copper style – very masculine with a hint of style.

These are in the context of a mass-market device. There is no way you should compare a $399 device with say a $500+.

We get so used to the newly popular 18:9 format that it feels a little strange to use the older, wider 16:9. There is nothing wrong – it’s just a tad wider.

Nokia claimed 450 nits and 1500:1 contrast. Our measurements reached 420 nits and contrast at 700:1. The latter is possibly a difference in testing regimen.

Brightness-wise it’s lower than flagships at 600+nits. It does very well in daylight readability as the screen has good low reflectivity.

Colours are OK. There is a bluish tint making colours a little colder. There are no colour customisations – as you will find with most Android One devices. Nor is there a notification LED – ditto.

There is an ambient display that turns on when you lift it. This shows new notifications. You can double tap the screen to wake it up.

It’s a good honest screen for the price.

Quick charge 3.0 should fill to 50% in 30 minutes – this took about 40. A full charge, however, is around two hours. If you use a standard 5V/2A charger, expect this to go to over four hours.

The phone reached 35° under peak load and fast charging – well within limits.

A single down-firing speaker is not for high-fidelity. It is to help with hands-free and play mono music. This has no bass, emphasised mids and no treble. It is a mid-sound signature for clear voice and hands-free.

The speaker reached 80+ dB ringing and around 70dB for voice and music.

Using a 3.5mm cable to an external amp was a little disappointing. Distortion was too high, and sound quality was lower than expected. Bluetooth tests to our reference Sony WH-1000XM2 headphones (one of the world’s best) lacked the full audio range.

Still, a mass market phone is not going to be hooked up to a several-thousand-dollar amp. Or $500 headphones. So, it loses no points here.

Callers were comfortable with the clarity and volume. I could hear them clearly too. It had a similar ‘bar’ reception to any other phone.

The Spectra 160 image signal processor is a gem. It supports the single front and rear cameras with loads of post-processing power.

Our Wi-Fi tests make us think it is Wi-Fi AC, not Wi-Fi N as listed. We would be surprised if Nokia is NOT not using the Qualcomm 630 Soc with its X12 modem that supports Wi-Fi AC and Cat12 LTE.

The 32GB uses eMMC (flash) storage. Its achieved 350/290Mbps sequential read/write which is faster than most.

Spoiler: It takes good quality, accurate colour, detailed shots in outdoors and in office lighting. It takes average to poor shots in low light. Lack of OIS and digital zoom are characteristic of this price. It’s a great camera for the price.

Both front and rear cameras use the standard Android app (below). It is not bad with Auto HDR and Flash, Regular photo, Pro, Panorama, or ‘Touch up’ mode (‘Beautification’).

16MP captures a lot of detail with accurate colours. Leave it on Auto HDR – it does not slow down shutter speeds.

Low light images (no flash) are variable. Hold it still, cross your fingers, and you can get pretty good results. Go back and retake the same shot and it can be blurry (no OIS), dark and have too much noise. Flash improves this but can wash out colours.

Good detail and colour in good light. Let’s not talk about low light. At this price, you don’t get screen fill or flash. Bothie allows images from the front and rear camera.

At 3,000+ pixels high these capture the scene well with good detail (16MP) and good stitching.

The Qualcomm Spectra 160 ISP enables 4K@30fps at 42.2Mbps. While you can use this, it is pushing the limits of ram, the photosensor and the chip. Our results here were mediocre at best.

Its Android One. Google, not Nokia provide updates for two years meaning Android P and probably Q. Although I suspect 3GB RAM may limit this.

Android One dictates the phone is ‘generic’ in design. As such it loses some of the features that a phone with a custom UI has. For example no notification LED and maintenance tools

Android One, a decent camera, good battery, great build, no back glass to break, and a price that belies the technology and pedigree.

I review lots of phones. Had you not told me the price I would have said it’s a mid-range, not a mass-market device.

Its strongest ‘apples for apples’ competition here is the new Moto X4. This is the same price with a 5.2” screen, dual cameras, IP68 and Android One (as well). Its s tough choice a) because we are reviewing Moto over the coming weeks and b) both are iconic brands. I guess it will come down to style

Overall
Features
Value for money
Performance
Ease of Use
Design
Reader Rating1 Vote
Well built, decent camera, Android One. What more do you need?
Would have preferred 4/64GB for future-proofing but at this price it would be hard
4.3