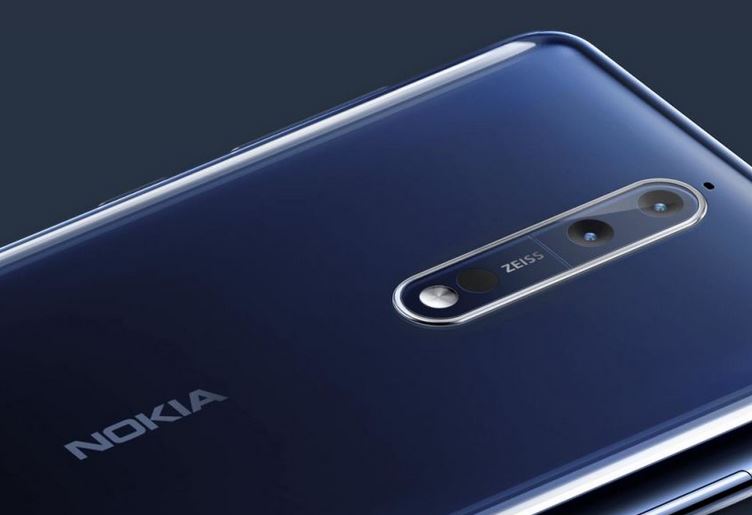 Nokia’s 8 is its ‘toe in the water’ at the upper end of the Android market. It is the best Nokia made by the new and passionate owners, HMD of Espoo in Finland.

HMD has just turned one-year-old and has hit some good home runs in the first year. It is no mean feat to resurrect the once iconic brand, and we should all support that as competition drives innovation.

But, HMD needs to do a little more R&D as the Nokia 8 is very good in parts but is let down in some areas as a flagship. That could be why it is online for around A$500 (could be grey/parallel market) when its suggested price is A$899.

Added to that are the rumours that we will see a revised Nokia 8 and the new Nokia 9 flagship at the Mobile World Congress in late February. I suspect we will see the 8 repositioned as a mid-market device.

So, this reviewer has a conundrum. Do I rate it against a mid-market phone where it outclasses or a $900+ flagship where it does not?

First impressions are a thin, light body, 5.3” screen, mostly flat metal back (with a very small camera bump) and the dual camera. It is made from a single block of 6000-series milled aluminium.

The home/fingerprint, forward, and recent apps buttons are part of the bottom bezel not taking up valuable screen space but has a lower screen-to-body ratio of 69.4%. The screen is the ‘older’ 16:9 ratio so it’s wider than the newer and larger 18:9 screened phones.

Setup is simple – it is almost pure Google Android, but the surprise comes when you find a 1.5GB update to Android 8.0 Oreo and several Google and app updates that chew up nearly 2GB so make sure you do this over Wi-Fi.

Another noticeable thing is the top, and bottom ‘ends’ are colour co-ordinated plastic to accommodate two 4G antennas. Nokia says this improves reception, but it detracts ever so slightly from the otherwise premium finish.

It has an IP54 rating – splash proof but nowhere near IP67/68 of some flagships.

It hits 700 nits’ brightness (very good) making it very daylight readable. Its blacks are solid, and contrast is 1840 (above the Apple iPhone 7). But the adaptive brightness setting is too aggressive, and I turned it off and simply set the slider bar to where I felt comfortable.

Colour accuracy is good with a slightly cool cast. Overall it is a tad ahead of the LG G6 making it the best IPS LCD screen I have seen to date.

To compensate for no Notification LED (a to bezel light that indicates things like missed calls, email etc.) Nokia has introduced a ‘Glance screen” that is similar in function to the Always-on capability in OLED screens.

As it is not OLED, it cannot be used as a VR screen.

It uses Qualcomm’s Snapdragon 835 – the 2017 flagship quad-core processor and an Adreno 540 graphics processor.

It has 4GB LPPDDR4X RAM and 64GB UFS 2.1 storage as well as a microSD card slot for up to 256GB and OTG external support to 2TB.

As you would expect it performs similarly to the Sony Xperia XZ Premium, the Qualcomm version of the Galaxy S8/+ and the LG V30 etc.

After extended use, it was cool to touch – as you would expect of the Snapdragon 835, running almost pure Android with no bloatware, and a copper pipe cooling system.

The 3090 mAh battery is a little smaller than many flagships, but it does well achieving a 78-hour endurance test. Under heavy load – lots of photos, video, playback etc., the battery was almost empty after a 12-hour day. On lighter, more normal use days it lasted 20 hours.

The phone has a Qualcomm Cat 9 modem – 450/50Mb/s down/up with three carrier aggregation. This is well below the Gigabit offered by some flagships but let’s be realistic as no Telco can provide wireless broadband speeds at that level anyway.

It does not list LTE bands, but you can safely assume it has a full suite of them.

It has an earpiece speaker and a speaker in the bottom ‘end’ – it is not stereo.

Handsfree was loud and clear hitting 82dB at full volume, music was loud, but ‘thin’ and audio output was good and flat from 10-30Hz delivering a clean output to Bluetooth speakers and an amplifier.

I tested the Nokia 8 against the Samsung Note 8 and the LG V30 both of which have dual cameras. The Samsung was ahead in all modes followed very closely by LG and Nokia a distant but acceptable third.

Let’s reiterate the rear camera setup. Dual 13MP (one colour and one mono similar to Huawei’s LEICA setup). The colour lens has OIS (optical image stabilisation), Phase Detect Auto-focus, Auto HDR, IR range finder, and auto dual-tone flash. Both have 1.12um sensor pixels and 76.9˚ (standard angle), f/2.0 lenses. On paper, it is a credible setup, and while the sensor pixels and f-stop are not as large as some, the light from two lenses should compensate.

All test settings were on auto – idiot-proof mode – as that is what 99.9% of people use. Nokia shots are on the left and Samsung on the right. Note GadgetGuy does not usually include photos because what you see largely depends on your monitor.

Daylight. The scene below includes a 20% band of blue sky, a 15% forested mountain range, 40% waterways and boats at low tide, and a small foreground with jetties.

In all cases, Samsung had more details (look at the boathouse on the right and the timber slats in the jetty out front), more saturated colour (compare the sky and the blue boat cover to the left), better white balance and significantly less noise. Its HDR did a better job as well.

While the Nokia is quite acceptable, it is far from flagship standard.

The Nokia gathers less light – the real light level below is closer to the Samsung. The Samsung captured incredible detail of the toy dogs fur, the more saturated red on the book at the right and a more lively image all around.

The Nokia was very slow to focus, and despite taking this shot several times, it was always blurry. The Samsung had better colour, better detail and was sharply in focus.

Why is this so?

Nokia has collaborated with Zeiss for camera lenses, uses the same Sony Exmor IMX258 sensor as the LG G6 and has a reputation to live up to from the Nokia PureView camera of old.

DXOMARK tested it on 11 January and the camera scored 68 (Samsung Galaxy Note 8 was 94, and the LG G6 was 84). Admittedly it was tested with Android 7.x, and my review unit has Android 8.x although the Nokia camera app has not been updated.

I will let you read the DXOMARK review, but we both have similar findings. The camera is not as good as it should be in anything other than optimal daylight conditions. I suspect this is mostly software and firmware related and I hope Nokia focuses on this and fixes it soon as the Qualcomm 835 image processors are capable of so much more.

Video: It is capable of 2160 or 1080p@30 fps including dual sight split screen. The unit has three microphones and uses OZO’s sound recording algorithms for 360° binaural sound. It simply means that sound is replayed as from the direction it came in – nice.

Video was average to good – depending on light levels. There is also live streaming to Facebook Live and YouTube.

Selfie: Another 13MP, 1.12um, f/2.0, 78.4˚ with display flash. Excellent quality but not very wide angle for groups. No OIS means low light shots are blurry even with screen flash. There is a portrait mode (Bokeh) which adjusts the focus of the image.

Dual Sight: You can have both front, and rear camera’s going at the same time and showing on a split screen. Sounds good but getting the selfie and the rear image in frame together is a challenge. Still, it is a good idea.

Mono mode: tested but did not have valid comparisons with the Huawei Mate 10 Pro in mono mode. Looked good.

Summary: It is capable of producing decent still images in good light, but the image quality gap is too far away from other flagship camera’s – if outstanding photos are your need then look elsewhere.

I am familiar with Android 7.x, and 8 is more of the same style. Using pure Android (almost – it does have its camera apps) means fast updates from Google.

All third-party apps remain the same while the home screen has been tweaked to a Nokia design.

But the downside is that the Android kernel is not ‘tuned’ specifically for the hardware, something Samsung, LG and Sony do so well to extract every last ounce of performance out of the hardware.

The main differences between 7 and 8 are:

Some of these are hardware dependent.

As I said right at the start if you consider this a flagship then you may as well buy another brand with all flagship features – Samsung Galaxy 8/+ and Note 8 are the undisputed leaders. But the LG V30, Pixel 2 (and XL), Huawei Mate 10 Pro, Sony Xperia XZ Premium, and HTC U11 also offer more all around.

The reality is that Nokia 8 isn’t the best phone on the market right now, but it offers a lot of the features you expect from a great device in a well-designed package with a classic name.

If you can bag a bargain and get it between $500-600, then it’s a different story with competition more from OPPO, Samsung Galaxy A5/7, Moto G, Alcatel 4/5 and LG G6. Here it will likely outperform all.

Overall
Features
Value for money
Performance
Ease of Use
Design
Reader Rating0 Votes
The best Nokia currently has to offer
Not really a flagship class device - but a spectacular mid-range device
4.1