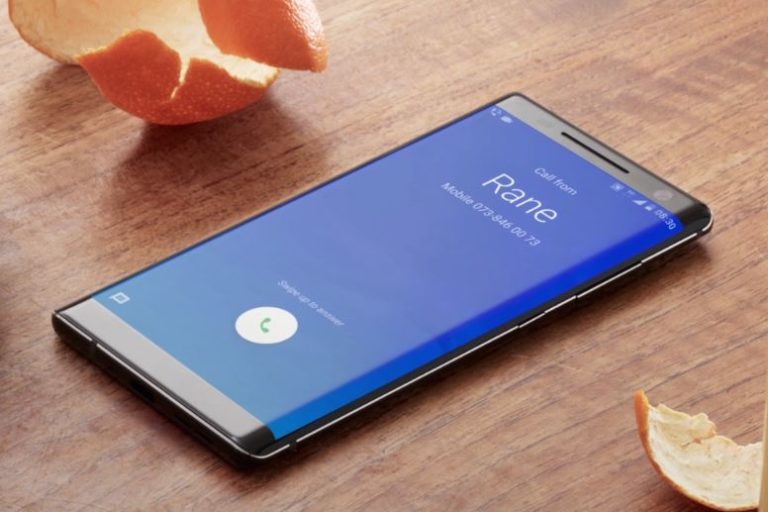 The Nokia 8 Sirocco is a conundrum. On the good side, it is strangely compelling. On the other it has 5.5-inch, older style 16:9, POLED display and last year’s Qualcomm 835 SoC.

You are either going to overlook the conundrum and just buy it because it’s a Nokia and looks good. Not that there is anything wrong with last year’s Qualcomm super chip nor the older style 16:9 ratio screen.

Or you are going to eschew it and look for the new 18:9 screen, Qualcomm 845 SoC smartphones for a similar price.

The first impression is a smaller, more squat shape with curves – 3D rounded edges. I like the looks despite a very prominent earpiece speaker slot. It feels solid (177g) and fits well in your hand.

Apologies for putting this up front but it is important if you are comparing with other smartphones on specs.

POLED is plastic OLED. It uses plastic instead of glass as the base layer. It is used by Google Pixel 2 XL and LG V30+ – the screen is made by LG. Simply it means the screens are about half the thickness of glass. In theory, they should be more flexible and resistant to pressure. The top layer is Gorilla Glass 5.

The Nokia 8 Sirocco uses a Pentile matrix – twice as many green pixels as red and blue ones.

Brightness is 400nits, black is 0 nits, and contrast is infinite. It is very similar in specs to the Galaxy S9.

Colours are vibrant and not adjustable. It has a blueish tint and is not quite as good at off-angle viewing.

In bright sunlight it is behind the S9 in readability – it is still in front of the best IPS LCD screens out there.

I like the Always on Display (AOD) that can show time, missed calls etc. It can be always on, glance activated or by picking up the phone.

The side edges are curved, and that can cause typing issues – I often found that the onscreen keyboard was not as responsive at the edge.

But given the QHD resolution, I challenge anyone to say its anything other than a nice display.

On paper, this should be a great camera

The second telephoto is a 13MP with 1.0µm pixels and a f/2.6 lens. It provides the 2x optical zoom and bokeh effects (out of focus backgrounds).

HDR is automatic. It was off when I felt it needed to be on.

That said the outdoors shots (even on an overcast day) were as good as you will get. Indoors in office lighting, they were great, and in low light, we found too much noise and blur.

Camera summary – two out of three is not bad. Given the Zeiss heritage, we expected a little more. It is a few steps behind our reference camera the Samsung Galaxy S9+.

Colours were accurate. The clouds did look like that! It has a narrower field of view than many other cameras. Zoom shots were good and not pixelated.

Colours were accurate with no casts evident on the background cupboards. The fur on the left side of the toy dog is slightly blown out from the external windows about 5 metres away.

We found it very hard to get a clear picture. It turns out that there is no Optical Image Stabilisation (OIS) on the standard lens – that in our opinion is a major oversight.

When we used a tripod, we did get an acceptable low-light shot, but it was noisy, lacked fine detail and exaggerated colours. I suspect it relies on the EIS (Electronic image stabilisation) provided in post-processing by Qualcomm’s chip.

It has Bothie  – the ability to livestream from both the forward and rearward facing cameras.

Panorama – 3000 pixels tall and no stitching lines. Love the ability to pan in any direction – not just left to right.

Selfies – a decent job with a 5MP, 1.4µm pixel but no OIS means it blurs in lower light.

It will do up to [email protected] but loses all EIS so it can be jerky. When using a tripod, it was crystal clear except when panning.

It is more suited to [email protected] (will not do 60fps). One thing to keep in mind is internal storage. It is 128GB – no microSD to record longer large files to.

It has Nokia OZO audio with three mics (one dedicated to ANC) can record up to 132dB. Stereo separation and clarity was good.

Still, camera summary – The Nokia 8 Sirocco is behind the top five Android phones

The single earpiece speaker is not Hi-Fi. It was great for ringer volume and voice (80dB) and achieved 76dB for music. But the speaker is poor at music having no bass or treble – it is an upper-mid-signature for clear voice which it does well.

When paired to a Sony WH-1000XM2 Bluetooth headset (rated as one of the best Bluetooth headphones) it recorded a flat frequency response from 50Hz to 10kHz. High-end treble (that you can’t hear) dropped off markedly. Volume was slightly lower on this test that with other smartphones. This is due to the smartphone, not the headset.

The supplied buds were average. Sounds were very thin, again more mid-focused. Nokia has IP55 Active Wireless Earphones (not tested) that would be a better bet. Frequency response is 20Hz-20kHz (but that depends on the device). In short use Bluetooth buds – any type.

For the money, the Nokia 8 Sirocco should have had at least stereo speakers.

GadgetGuy has been inundated with smartphone reviews now so we could only use this for a day, instead of a week, of hard testing.

It appears to use more power than expected. At 8 am with a full charge, we took about 50 photos, did speed and GPS tests, and generally played until 10 am. By this time, it had 69% battery left.

This is a one-day phone that would benefit from having a few Qi charging pads strategically placed around the home and office.

Recharge using the fast charger was about 90 minutes.

The issue here is the 845 is a significant jump over the 835. From a future-proof perspective, if you are spending $1199, there are 845 SoC in other brands available.

Wi-Fi AC performance was lower than expected. For some unknown reason, it would only connect to a D-Link AC5300 dual band router in 2.4GHz mode at 173MB/s. Every other phone on test connected at 866 or even 1.2GB/s.

During the review, it went to Android 8.1 (an incremental update from 8.0) and security patch June 2018. Nokia claims it will provide monthly updates for two years and quarterly updates from the third year.

And in January 2019 it is now Android 9. This adds a lot of new features (untested)

Pure Android means all the standard Google apps. The exceptions are

It is a lovely phone from an iconic brand. It is desirable for that alone. Support Nokia especially if you are a Nokia fan – you won’t be disappointed.

But after testing so many other recent flagship class smartphones, I can’t help but feel Nokia has missed the boat.

A 16:9 screen feels outdated. The lack of OIS when Nokia is all about Zeiss cameras is a major oversight. The use of last year’s flagship chip (although not an issue for most) means it is behind the pack instead of leading it.

So, it is good, more than competent, but a step or so behind the main contenders.

Overall
Features
Value for money
Performance
Ease of Use
Design
Reader Rating0 Votes
Lovely phone from an iconic brand
Not quite a 2018 flagship class
3.7