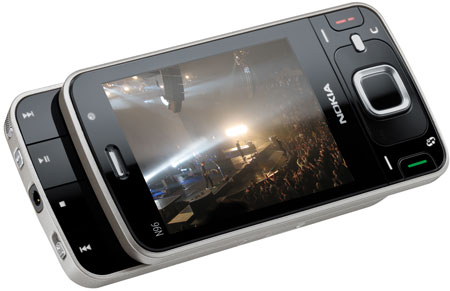 The Nokia N96’s predecessor, the N95, was a breakthrough smartphone. It featured high speed internet access over the mobile network or via Wi-Fi, as well as built-in GPS and a five megapixel camera with glass optics.

The question is: by how much can the N96 improve on that? The answer: quite a bit.

As you’d expect, there’s still high speed internet access, maps, GPS and a five megapiixel camera (this time with twin LED flashes for even better pictures), but it’s an altogether sleeker package: thinner, lighter and more powerful than the N95.

But for a flagship phone there’s a distinct lack of ‘flash and eye candy’. Don’t expect nifty iPhone-like animations in the user interface. And don’t expect to easily set this phone up straight out of the box – it takes a bit of knowledge, which means that it’s better for the power user than anyone else. Some of the menus are confusing too, which doesn’t help matters.

It’s as a multmedia device that the N96 really shines. There’s 16 gigabytes of on-board storage for music and videos, and that’s expandable to 32 gigabytes – that’s more than an iPod nano.