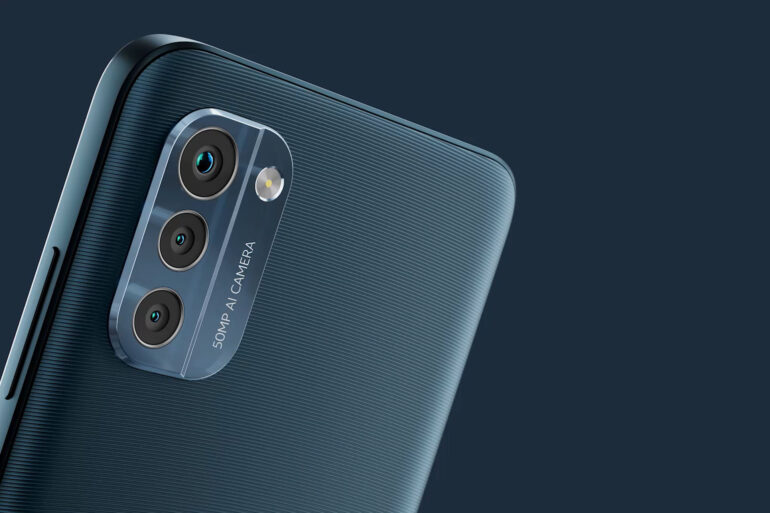 HMD Global’s range of Nokia smartphone products is expanding, with the launch of the Nokia G21, a $299 successor to the mid-range Nokia G20.

In early 2021, HMD Global announced a new strategy for its Nokia smartphone offerings, including the X, G, and C-series of handsets. Following last year’s Nokia G20, the newly launched G21 is a 4G-compatible smartphone powered by the Unisoc T606 processor, 4GB RAM, and the option of 64GB or 128GB of storage plus MicroSD card support.

What does the Nokia G21 offer?

It comes with a slight camera boost, with the rear-facing triple camera array including a 50MP main sensor – up from the G20’s 48 megapixels – plus a 2MP macro sensor and 2MP depth sensor lens to go with an 8MP front camera. One of the Nokia G21’s main selling points is its AI imaging capabilities, which include advanced low light imaging for snapping night photos.

HMD Global claims the Nokia G21 battery lasts for up to three days on a single charge, which can be topped up quickly with the 18W charger. It comes with a three-year warranty, three years of monthly security updates, and two years of software updates beginning with Android 12.

Apps such as Spotify and ExpressVPN come pre-installed, the latter offering a 30-day free trial for all new Nokia smartphone users. The Nokia G21, available from retailers and the Nokia online store, comes in two colours: blue and dusk.

If you’re in the market for a mid-range phone, the Nokia G21 might fit the bill. Depending on your price limit, the Nokia G10 is a reliable budget choice while we wait for any news of a local G11 release.