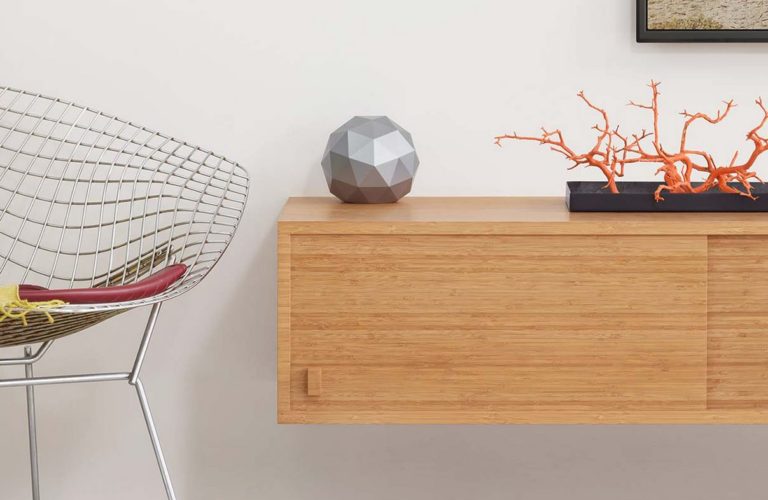 PLEASE NOTE: THIS PRODUCT WAS DISCONTINUED IN FEBRUARY 2019 AND IS NO LONGER SUPPORTED. PURCHASERS SHOULD TAKE IT BACK TO HARVEY NORMAN FOR A FULL REFUND.

The next big thing is routers that run on-device security and intrusion protection. Norton Core is one of these new breeds of routers.

The problem is that most routers don’t have the raw power to run packet inspections or security software, so Norton designed one from the ground up.

We have had requests to load our Security software on third-party routers, but it was a compromise. Norton Core has been designed to have the processing headroom to run Norton Security. It has been available for nearly a year in the US. It is ready for global use.

What is a Norton Core?

It has Norton Secure Core Software Plus (one-year subscription included) which covers your connected devices at home and up to 10 desktops, laptops and mobile devices often used off-network – outside of the home. Future subscriptions are estimated to be $17.99 per month (lower cost annual subscription may be available).

It looks like a Geodesic dome – all equilateral triangles. The lighting ring underneath can be set to off, low and high. It comes in Granite Gray.

The cost is $399, and it’s available exclusively from Harvey Norman.

It requires a smartphone with Bluetooth to initially communicate with the router. Download the iOS or Android app.

There are two setup modes.

First, is with an existing modem and separate router. The app will suggest Norton Core replaces the existing router.

Or there is the combo modem/gateway (or modem/router). The app suggests plugging Norton Core into the gateway WAN port before any other devices.

The whole idea is to direct all Wi-Fi/Ethernet traffic via the Norton Core to and from the Internet. Put simply it can protect anything downstream from the router.

So, if you have an existing router or mesh set-up then place Norton Core before it.

The app is easy to use and importantly won’t allow insecure passwords’. You don’t need to do anything more in the setup phase. There is extensive on-line help if you do.

How does it work?

Norton’s Global Intelligence Network – a security Cloud not found in traditional routers – performs many of these services. For example, if Norton detects a new attack on a computer, smartphone or smart home IoT, it will automatically download detection and prevention to Norton Core. If a website becomes poisoned, or a phishing email is detected then ditto.

Its USP is that Norton has one of the largest installed bases of security software – if anyone of these endpoints encounters a bogie, then you are quickly protected.

Most of us don’t know if we are susceptible to attacks. I have a Fing Box and a Trend Home Network  Security box on my home network. Without fail, there are several intrusion attempts each week. Norton Core will stop these too.

We connected to known dangerous sites (malwaredomainlist.com), and it notified and blocked all attempts to go to these sites. We could not find any way to whitelist any (not that you would want to).

But there is more. If Norton Core sees unusual or dangerous behaviour like an IoT device trying to read a PC’s folders, it will quarantine that and send a notification.

The ten device Norton Core Security Plus covers computers and smartphones that are not always in range of the router. This provides end-point security while away from your router.

UPnP ports are blocked by default. That can stop devices that use it. You can unblock and approve on a case by case basis. But that affects the security score and Norton suggest you manually set up port forwards per item. That can be a pain if you don’t understand port forwarding – I can see people just allowing UPnP.

Then there is the DPI overhead

The Core inspects all traffic on the network and to and from the internet. You can set it to three levels – Advanced (scans everything – greatest protection), default (optimised for performance – trades off some protection especially for known good traffic) and Off (not recommended).

But DPI has an overhead. We ran the speed tests below again on Advanced – full protection, and our 867Mbps at 2m dropped to 800Mbps. There is about a 10% speed penalty.

Norton offers Wi-Fi Privacy at $129.99 per year for five devices (promotions may apply) that provides a secure VPN. Or you can use any VPN from Private Internet Access or NordVPN etc.

I mention this because when you go to an HTTPS site or use a VPN, Norton Core can’t inspect the encrypted traffic. That requires the end-point (PC/Mac/phone) where the traffic is encrypted to have Norton Core Security software installed.

GadgetGuy offices (in a domestic townhouse) are over three levels each approx. 15m x 10m (150m2) and joined by an internal stairwell. The rear of the offices each have windows which accounts for the better speeds between floors.

The router is on the top floor at the back. Ground Zero – as far away as possible from any device.

What that tells me is that in a typical two-bedroom, two-level townhouse of about 120-150m2 the AC2600 router should be able to provide 5GHz Wi-Fi to all the area. Norton Core does not have a mesh option, but you can add access points downstream if you need to cover blackspots.

We also have D-Link and NETGEAR AC5300 routers on each floor. For example, where the Core scored 350Mbps, the AC5300 router in the same location gives 550Mbps.

Why is internal network speed important?

NBN provides Tier 12/1, 25/5, 50/20 or 100/40Mbps download/upload that goes into a router. The router distributes/shares this via Wi-Fi and Ethernet. No matter what router you have, you don’t have more than the internet speed you pay for. That is the fixed size of your ‘pipe’.

The router broadcasts a signal somewhere up to the maximum of 867Mbps to devices. This is half-duplex, so in essence, you get about half that speed. Imagine the signal is a straw. The higher the signal, the larger diameter of the straw. But you can only suck or blow one way at a time (half-duplex), or you have a thickshake over a milkshake – well you get my drift.

If like me you have thirty devices attached to the main router (TV, computers, NAS, tablet, smartphones, security camera’s, smart speakers, smart home devices, Blue-ray, Roku, Foxtel, printer) … then AC2600 is too small a straw!

I admit to being a power user. For that I use an AC5300 and range extenders to connect a lot of devices in a largish home. I need that internal network speed regardless of what NBN speeds I get.

But I also have a one-bedroom 65m2 city apartment. Here I typically have less than ten devices in a small area so an AC2600 would be great – overkill even.

So, the ability to keep my AC5300 router at my main home and connect it downstream to Norton Core is good. Or the ability to replace a router in a smaller area – ditto.

Just be under no illusions to the power – it is half what you can currently get. You need to see it as a router with safety benefits as part of a properly set up home network.

I am sure Norton will sell a boatload of these.

But I can’t help feeling that it would have been better to make it a black box (like Trend Home Network Security) that sits between the Gateway and router performing security checks. That would have my instant 100% rating as a must buy accessory and help justify the ongoiong  subscription costs.

Instead, you have a $399 device offering AC2600 router speeds in a market where same speed router only products sell for less than half that.

This will be even more critical when Wi-Fi AX supersedes Wi-Fi AC, and we all want to upgrade routers again. A combo like this just does not allow for future speed upgrades.

Anyway, it is Norton’s first foray into hardware, and I am sure it will be the first of many such devices.

Do I rate it as an AC2600 router or as an add-on security device? In other words, if I spend $399 (plus future annual subscriptions) and add it to my existing network will I get the protection I need for IoT and other devices?

The answer is to treat it as a router with security if you can live with AC2600 coverage. Otherwise, treat it as a black box if you need more speed – as the former its 3.9 out of 5, and the latter is 4.8 out of 5.

Overall
Features
Value for money
Performance
Ease of Use
Design
Reader Rating0 Votes
3.9/5 for a router. 5/5 for a security device
3.8