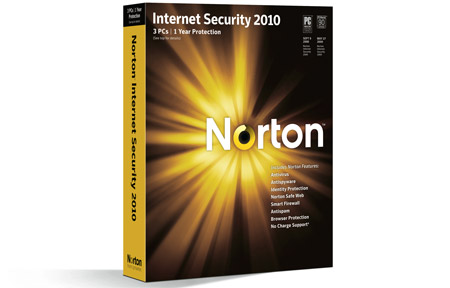 While it’s possible for a highly savvy computer whiz to navigate the many pitfalls of the internet without an antivirus, anti-spam or anti-malware filter on his PC, the average person can still get into terrible trouble with just a few clicks.

Core protection defends against viruses, spyware, Trojans, worms, bots and rootkits – that’s the full gamut of web nasties. There’s also a firewall to prevent humans from hacking your machine. Advanced protection blocks browser and operating system threats, and employs a complicated system called SONAR to identify spyware and viruses before they’ve even been defined as such.

Identity protection blocks phishing websites, recognises trusted online stores, and guards against ‘keyloggers’, which try to steal your passwords and credit card numbers. And networking protection tightens up security on your home network, and if you’re using a notebook PC and take it to a public Wi-Fi access point, will defend against many of the possible hacks and attacks you might encounter there.

When it comes to your emails, sophisticated anti-spam tech does an excellent job, letting through all legitimate mail and all but a few spam messages.

An impressive set of features, undoubtedly… but a seriously complex piece of software. Fortunately, setup is a breeze, even on systems that are already heavily infected by viruses and malware (malware is software that may not damage your PC or steal your details, but will report all your browsing habits etc to a third party).

The software does an initial scan which can take up to an hour – though you can still use the PC while this is happening. Later scans and updates use a ‘pulse’ technique to minimise load times on your CPU.

Some of the options and information that Internet Security 2010 offers can be daunting, but you will get full protection just letting the software go about its own business.

Haters of antivirus/antispam suites argue that the severe impact on system performance just isn’t worth it. Fortunately, Internet Security 2010 has a surprisingly small effect. Boot times are increased by around 30%, but once you’re loaded up and ready to go the effect is negligible.

Norton has also put a lot of effort in ensuring the various warning popups aren’t TOO insistent – the software is more clever about which potential threats it feels the need to notify you about, getting on with the business of protection ‘quietly’, as the company puts it, in the background.

Sophisticated technology, excellent performance, minimal impact on your PC. So what’s not to love about Internet Security 2010?

At times it can feel like you’re killing cockroaches with cruise missles: it’s a big, heavy piece of software that brands almost every aspect of your PC with Norton logos. And injudicious clicking can lead you deeper into nested menus of increasingly complicated and esoteric options, the fiddling with of which can reduce the effectiveness of the suite.

Finally, there’s the retail model. Your $100 gives you protection on three PCs, but only for a year. After that you need to purchase “continued protection” – fair enough perhaps, as viruses and malware are continually updated, but still an irritation.

If you feel that every click online is exposing your bank account to organised crime, or you don’t have the confidence to buy from a website, then Norton Internet Security 2010 will give you peace of mind.

Above, The GadgetGuy speaks to Symantec’s president Enrique Salem about how people can deal with cybercrime today.