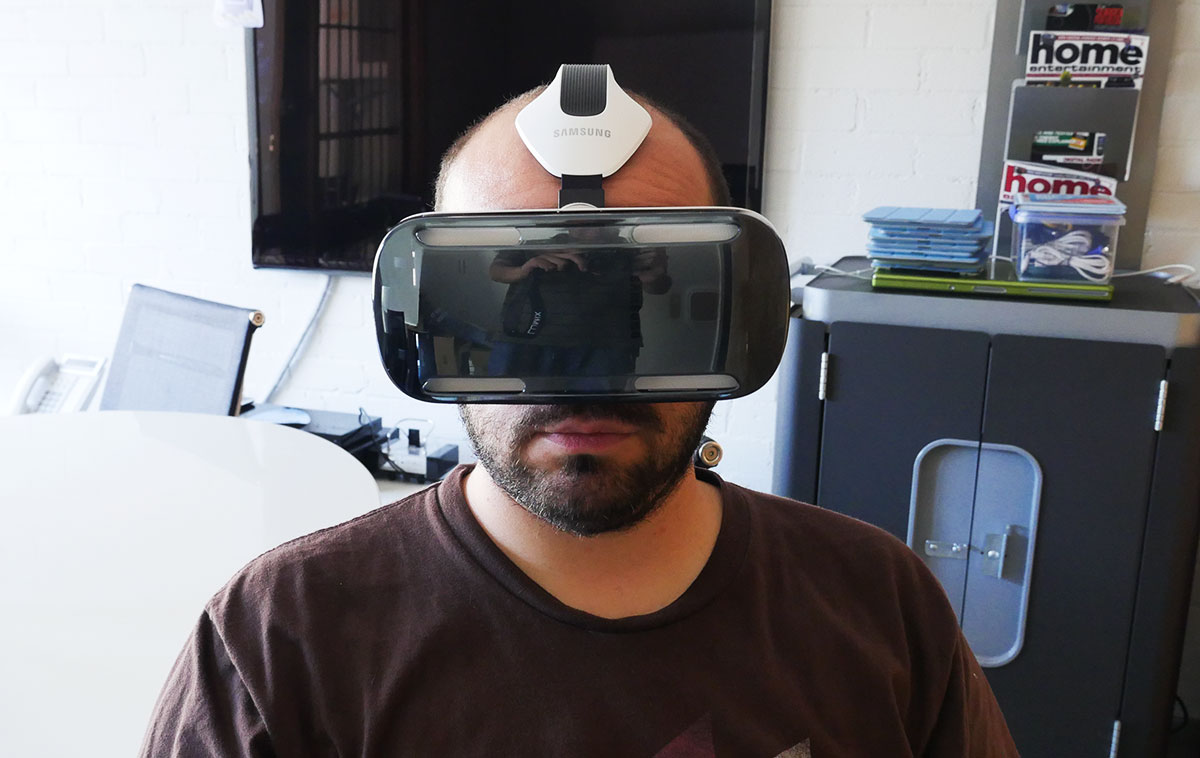 You may have written virtual reality off as a gimmick, but not everyone has, and as part of a developer coding jam, we’re seeing some cool new reasons to take to the virtual world.

Trust a bunch of random developers to find a way to make a gadget more than just a once off thing, because that’s what has happened, as Samsung’s partner in Oculus has encouraged developers to make stuff for the Gear VR, and some of the results are just awesome.

The apps, games, and experiences comes as a result of the Oculus Mobile Jam that’s currently going on, an online coding competition that encourages anyone with a passing interest in development to make something for the Samsung and Oculus Gear VR platform.

As of last week, 307 apps and games had been entered in the competition, and this week, Oculus has narrowed the field to just over 60 titles, made up of games, apps, and something called an “experience” which is pretty much what the name suggests: an experience that is video or game-like, but isn’t interactive and is something you, well, experience.

Those 61 titles are closer to winning prizes from the competition, and while that’s fantastic, what we find particularly interesting is how creative some of these entries are.

We haven’t tried all of them, but the office Gear VR has been giving the entries a good go, and these show some of the things the Samsung Gear VR can do, while also providing hints into what virtual reality platforms like Oculus and HTC’s Vive VR will be able to do when they’re out.

Some of those things include teaching, and a few of these entries have made it into the list, with a visual guide through the size of things seen in “NeoS: The Universe”, allowing us to zoom in and out from bacteria and DNA all the way up to dolphins, humans, buildings, planets, and star systems.

“Labster” (below) is another concept that has our attention, providing a virtual forensic laboratory for anyone e who has ever been curious about TV shows such as “CSI” and “NCIS”.

The concept is a little dramatic at first, allowing you to pick up blood samples from a door of crime scene — the bloody hand gives it all away, doesn’t it? — but afterwards, you’re taken to a forensic lab to learn about the instruments and gadgets.

Labster appears to be a little early, but offers an example of what we could be doing later in life, that is learning from digital representations of gadgets in a virtual world, a place where there is no risk of breaking anything.

Games are also being tested here, with a strategy title that feels like it’s right out of a science fiction movie.

“Tactera” offers up a basic strategy title, but it’s not the game that interests us, but the virtual world it takes place in. Instead of direct immersion, which is what many automatically think you’re going to get with virtual reality, you’re instead put in front of a holographic table inside the headset, and your head movements and touchpad clicks (on the side of the Gear VR headset) is what controls what happens in game.

Essentially, this brings a play world anywhere where the Gear VR is.

Another title that forgoes the immersive perspective is “Voxel Cars VR”, which provides a cute and quirky little car race game not so dissimilar from the old “Micro Machines” top down perspective.

In a way, this one reminds us of playing with toy cars when we were kids, as you simply watch from a top down point of view as your head and touchpad clicking tells a car where to go.

But if there’s one experience that really has our attention, it is one based on art.

Called “The Night Cafe”, this a title offering a truly immersive experience, and offers a take on art the likes of which few will have experienced, if anyone, for that matter.

Some of us have wondered what it’s like to be in the mind of an artist, to see with their eyes, and The Night Cafe tries to take that viewpoint, applying it to Vincent van Gogh and letting you explore the artist’s painting “The Night Cafe” in 3D, assembling a virtual world based on the art work and including other elements of van Gogh paintings in this environment.

You can walk through the cafe in the painting, make your way through the building that we assume is “The Cafe Terrace at Night” looking up at “The Starry Night”, before wondering through the rest of the world and seeing a self-portrait of the artist sitting with a pipe (not the programmer, but van Gogh), and finding a “Vase with Twelve Sunflowers” and even “Van Gogh’s Chair”.

In a way, it’s like exploring the mind of the artist without him being alive to confirm it, and if you have a Gear VR, and is one of the best experiences you’ll see on the platform.

It’s not final, that said, but it’s one of the many experiences to come out of the Oculus Jam that shows there’s more of a use for VR than just the few games people would expect to use it for.