Oh, oh – ten things to do with tech gifts you didn’t want! 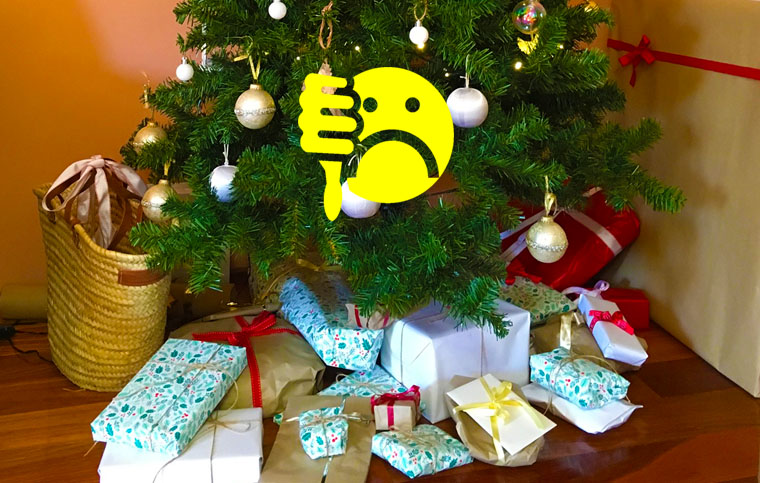 It was unwrapping time, perhaps on Christmas day, perhaps on the Eve, according to your family tradition. But disaster struck. You were gifted something which would have been fine and fun, if you didn’t already have something similar. Or it doesn’t quite fit within your carefully chosen network of gadgets. Or it’s a little on the cheap side.

For whatever reason, it just doesn’t work.

Someone, full of love, may have given you a wonderful Android phone, not quite realising that you have no intention of switching from the Apple ecosystem. That Bluetooth speaker would have been simply excellent … had you not already had three Bluetooth speakers of higher quality.

Or perhaps that new fitness band is precisely what you want, with more features and a better display than the old one. Congratulations! But now your old one is the surplus device.

What to do? Well, at least you can realise some value for your unwanted gadgets, new or old. Perhaps value not for you, but for someone else. Here are nine options for disposing, hopefully usefully, of those excess gadgets, along with one important piece of advice.

First, though, one other important piece of advice: if you recognise as you’re removing the festive paper that you’d going to want to dispose of the gift, try to avoid removing its shrink-wrap. Unopened gadgets are going to have higher disposal value.

Return the gift to the store for credit or to swap

This is often the simplest and most satisfying solution, since you can replace it for something that you really want. But this may require some delicate handling. To return a gift to the store typically involves producing a receipt.

Unfortunately, way too many gift givers thoughtlessly dispose of the receipt before Xmas Day. Or perhaps they haven’t, but you know that Uncle Jim has a well-deserved reputation for wreaking revenge on those insufficiently appreciative of his gifts. It’s up to you to think of a way of enquiring without offending. That’s not something we can give you advice on since there’s no gadget yet able to pull off that trick.

These days many gadgets can be used for an alternative function, even though that might not be its main purpose. An Android tablet or phone gifted into an Apple home, or the other way around, can be pressed into service as a special purpose controller for a home audio system, removing the need to use your main phone for trivial but battery-draining activities.

A TV can become a large or even giant computer monitor. Something you can plug your notebook computer into when you get home (just use the HDMI input). Modern computers will usually support 4K monitor, which is what your 4K TV can become. But you will want to see if you can find a “Computer” picture mode, or if it doesn’t offer one, choose the “Game” picture mode. That way the “monitor” will be more responsive than usual, and won’t do anything silly like rescale the picture so that you can’t see the edges.

Hold it to rescue others

Someone in your wider circle of friends or family can be almost guaranteed to drop their phone within a month or two. While Corning Gorilla Glass numbers go up, making screens ever more scratch and crack resistant, there are still limits.

So when disaster strikes and they turn out to be unable to afford a repair – or perhaps it’s even too far gone for that – you can be positioned to come to the rescue with a “loaner”. Or an emergency gift, even, it that’s how generous you want to be. Or at least be perceived to be.

If you live amidst more than one social circle, with little interaction between the two, then you can realise real value by taking grumpy Uncle Jim’s gift, re-wrapping it birthday paper and giving it to someone who’ll appreciate it in the other circle. Obviously, an undisturbed original shrink wrap is important here, along with a preparedness to tell the giftee that you’ve lost the receipt, should they be crass enough to enquire about swapping it themselves.

Absent a receipt, you can try just reselling on the open market. This is also fine for older items that your new gift is replacing. Thankfully we don’t have to rely on the newspaper classified advertisements these days. You can take advantage of an Australia-wide market at no cost via gumtree.com.au.

Using this channel, the payment doesn’t necessarily need to be through Gumtree. Cash can be paid, or a direct deposit arranged or whatever. But if you prefer you can have your Gumtree account linked to Paypal for easy payment that way. If it doesn’t sell within a reasonable period there’s a paid option to extend the ad (along with paid options to give it greater prominence), but if you keep a copy you can just re-list it for free.

A similar solution to the same problem, but using a different sales channel. Sometimes there can be advantages to selling via eBay, even though a (small) percentage of the selling price goes to eBay. The market is obviously wider, international, even, if you wish.

And that can be useful for more specialised devices that may not be of much interest to the average mum and pop second hand buyer. The more generous the gift, the higher the quality, the more likely you are to find an appreciative buyer on eBay.

Remember, too, eBay and Gumtree are both useful ways of acquiring gadgets. But do check out the “reputation” scores of the sellers (readily available on both sites) just to be on the safe side.

Keep it as a backup

Do you actually need to dispose of the gadget? Maybe you ought to keep it as a backup for your own use? We here often get rid of stuff, only to regret it a week or two later as a new use for the disposed-of device becomes apparent.

We like to keep at least one spare phone on hand, just in case. We’re of the firm view that you can never have too many headphones or earphones or Bluetooth speakers. We’ve never found a set of wired earphones where the internal wires didn’t eventually fail through wear and tear, in a time measured in months rather than years.

So, think carefully before getting rid of it.

Give to School or other institution for fete

Do you have kids? Does their school conduct a fete every year, requesting things to sell? Do they have an annual “car boot” sale to raise money? Do you feel guilty for not having anything decent to hand each year?

Well then, just tuck that unwanted gadget into a cupboard so that it’s ready when the time rolls around to the next call for saleable devices.

St Vinnies or the Salvos …

… or whoever (our local shop has an outlet for the Multiple Sclerosis association). They will always welcome sellable gear, so long as it’s safe. They are generally cautious about accepting electrical devices that look worn or otherwise tatty, principally for reasons of safety.

The nice thing here is that your gadget will serve a double good-cause. It’ll be available for sale to someone who probably can’t afford it at full cost, and the money raised will help the organisation fulfil its charitable mission.

Finally, keep in mind what you’re disposing off. If it’s any kind of network product or contains any computer storage, and you’ve used it, however briefly, it will probably contain stuff you don’t want to get out there in the world. You do not want to give out personal information, files, WiFi passwords and so forth.

So perform the highest level of factory reset and file wiping. Remember, file deleting is not the same as wiping. When a computer file is deleted, it often remains in place while the various indexes and pointers are deleted. Even if you delete it from the “Recycle” or “Trash” bin, software tools can recover the data. Wiping ensures the data is gone. Forever. With hard drives that involves overwriting the disc multiple times. With SSDs, Windows 10 has a file erase option during a factory reset. Use it.