OK Google, what about Google Home and Home Mini? (review) 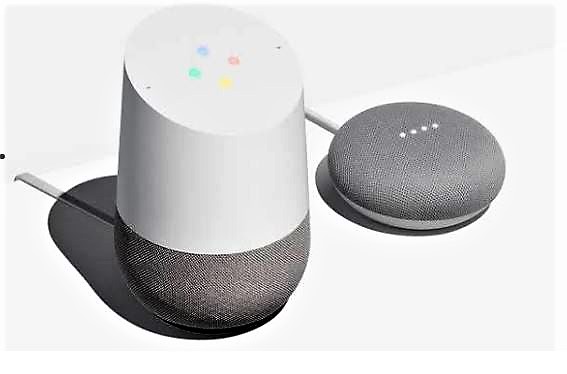 Google was later to market with its Google Assistant, Google Home and Google Home Mini speakers. Spoiler alert – they are both good.

Analysts state that while Amazon Alexa has captured the lion’s share of the US market it is a different story in Australia – OK Google is taking over.

Of course, we need to see sales figures to prove that, but companies including LG, Sony, Panasonic, JBL, Sonos and many more have, or are releasing Google Assistant speakers.

GadgetGuy met Toby Walsh, a leading researcher in Artificial Intelligence. The Australian newspaper named him as a “rock star” of Australia’s digital revolution.

The conversation was all about Terminator’s Skynet and who would win – Apple with Siri, OK Google, or Amazon Alexa.

“There can only be one master AI in the future if we are to harness its power. But there can be lots of clients like Siri, Alexa, Bixby, Cortana and LG ThinQ that can add local processing, system access and intelligence,” he said.

“I know Siri’s inventor, but Apple has let it down since they bought the company. Who do you think will win and who can you trust with this enormous power?”

The indications seem to favour Google with its vast search engine base or a face-off between it and IBM’s Watson supercomputer.

“The general phenomenon of Artificial Intelligence – or AI– is beginning to permeate our lives. Ultimately every device will be listening; waiting to follow our commands and answer our questions. It’s the next level of robotics. But for the everyday items that we rely on the most that also makes it one of the biggest technological and social changes we have seen in decades. What makes this even more exciting is that AI is now a reality and we see quantifiable changes in the way we can go about our lives; freeing up time and making things easier,” said Walsh.

First, it is remiss of GadgetGuy not to have reviewed these some time ago. It is just that we had a bunch of OK Google, Hey Alexa and Siri speakers to get through.

So, apologies to Google and all readers as these speakers are in fact damned good.

The Google Home is cute, has full-some sound and is very sensitive to the watchword OK Google. The Home Mini is not so much of an audiophile speaker. It is a convenient and relatively cheap way to add voice control. For personal listening, it does not sound too shabby either.

Let’s get the software out of the way. Google Assistant is the logical voice extension of Google Search. It can also integrate with many smart home devices although this side is elementary at present.

All the features you’ve come to expect from using Google search with voice, along with zillions of answers to everyday questions. You know – Ask the time; Ask for the square root of Pi; Get it to remind you of the population of Guatemala; Do ducks have tongues?

I guess we’ll get used to our assistants eventually. Privacy issues of Voice Assistants are later – there are many!

I also like the masses of information and help online.

The hardware is quite good

Google has done a great job here – it is the simplest setup of any voice assistant device.

It received 8 out of 10 for repairability. The quality of components is first rate.

How do they sound?

The Google Home is capable of 80dB – loud, room-filling music.

Bass kicks in at around 100Hz (good) with reasonable mids to about 4kHz then it’s all downhill from there. It has a warm and sweet sound signature reminiscent of Sony speakers. Easy listening and not harsh at full volume.

I must say that many reviews deride this speakers sound, but it is fine for most music types.

The Mini is a single speaker capable of 80dB volume too. It has virtually no bass, reasonable mids and then treble drops off a cliff. This is called a mid-sound signature. It is fine for mid volumes as a personal speaker but gets way too harsh at higher volumes.

In most respects, Google Assistant is no worse than Google Search. You are relying on Google to keep personally identifiable information private. I suspect that following the recent Facebook debacle there will be some regulation – all good.

But Google makes most of its revenue from advertising so expect to see things you search for via Google Assistant to pop up on your phone.

On surfaces where we show ads, we use data to show you ads that are relevant and useful and to keep our services free for everyone. It learns over time to provide better and more personalised suggestions and answers

Google collects data that’s meant to make our services faster, smarter, more relevant, and more useful to you. It learns over time to provide better and more personalised suggestions and answers. You can learn more by visiting Google’s Privacy Policy.

You can view your history with the Google Assistant in My Activity, which is accessible through the setup app and online at myactivity.google.com. You have control over your data and the power to delete history at any time.

But third-party services may share information with Google Home pursuant to their own privacy policies when you choose to use those services via Google Home.

GadgetGuy’s take – Take me to your leader!

Voice assistance is the precursor to Artificial Intelligence helping us in every sphere of life. It’s a lot easier than typing commands.

Google Home and Home mini are Google’s way of propagating itself. Other speaker makers also believe in Google’s power. But Google Assistant has a long way to go.

For example, when you have a couple of Android smartphones in the same room all three chirp up when you say OK Google. Even the Mini in a room eight metres away sometimes joins in.

As speakers go – yes you can buy better sounding from LG, Sony, Panasonic, JBL, Sonos etc. But you are going to pay at least $100 more for the privilege. I find the Home very pleasant for my music tastes (Beach Boys, Blues Brothers and highly compressed MP3s etc.).

The Mini is not an audiophile delight yet its fine in small spaces for background music.

We have not reviewed the Google Home Max yet – it is not in Australia.

Both rated as smart speaker V1.0