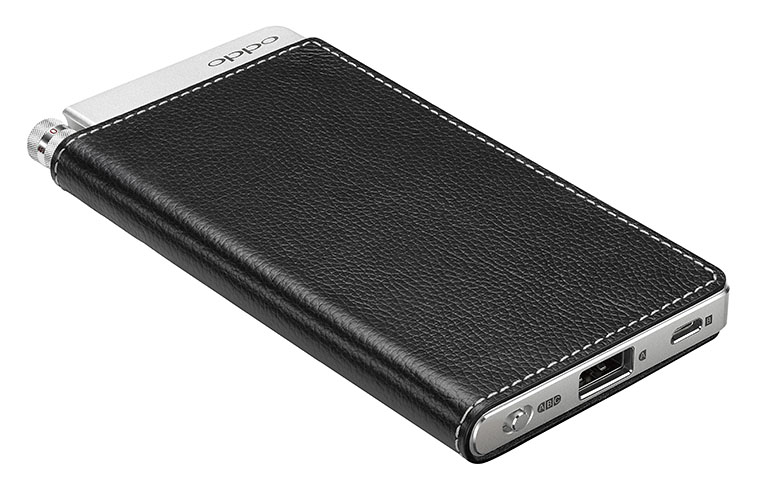 Huh, what’s this? Oppo is releasing accessories for the iPhone? Oppo, which makes its own Android phones? Isn’t that a bit strange? Not really. There are two Oppos.

Both belong the same Chinese parent company, and the phone Oppo is based in China. But Oppo Digital is based in California and has been making a range of specialised, high end home entertainment products for years. Presently it makes some Blu-ray players (an UltraHD Blu-ray player is expected soon), some high quality headphones and two Digital to Analogue Converters (DACs), one portable and one desktop.

So, about this new DAC. The Oppo HA-2SE replaces the Oppo HA-2, and while it looks pretty much identical, it features upgraded internals. Carried over is a feature from the HA-2 which is particularly useful now that the iPhone 7 is here.

It has a number of functions. As a DAC, it works with phones and both Mac and Windows computers to turn digital audio into very high quality analogue audio. With the HA-2SE, Oppo has upgraded the DAC chip to the ESS SABRE32 ES9028Q2M. It supports PCM audio up to 32 bits and 384kHz sampling, and three resolutions of Direct Stream Digital: DSD64, DSD128 and DSD256.

As a headphone amplifier, it can provide a massive 300mW of power to low impedance earphones for high output, low distortion performance. The amplifier has been improved to reduce noise, improving performance with highly sensitive earbuds. A large built in battery provides for up to seven hours of sound using digital inputs, or up to 13 hours using the analogue input. It also has a line level output, so that for use in the home, plugged into a stereo, the headphone amplifier can be skipped.

Finally, it can be used as a 3000mAh power bank to recharge phones. A quick charger gets it up to 70% capacity in 30 minutes.

So what’s all this about the iPhone 7? Well, now that the headphone socket has gone, all sound from the iPhone 7 is via Bluetooth (for adequate quality) or the Lightning connector (for high quality). iPhone and iPads have been notoriously finicky when it comes to plugging other devices into them. The work-around has been to use the official camera adaptor, which has the Lightning plug on one end and a USB socket on the other. With one of those in place you can plug a DAC into an iOS device for high quality music playback, skipping the headphone output of the device.

Oppo has performed a special bit of magic with both the HA-2 and the new HA-2SE. Both include “all the necessary Apple-approved hardware for extracting audio from the iPhone”, according to Jason J Liao, the CTO & VP of Product Development for OPPO Digital, Inc. No need, in other words, for the clunky camera adaptor. Just plug a regular USB to Lightning cable between the two units. A ten centimetre one is included. I haven’t had my hands on an iPhone 7 yet, but I have checked and this feature actually works all the way back to at least the iPhone 4 and the 4th generation iPod Touch (you’ll need a USB to 30 pin cable for those).

In addition, you can use an app such as the Onkyo HD player to play back high resolution audio, including DSD, from your iPhone using this DAC.

Visually the Oppo HA-2SE is the same as the HA-2: with an aluminium chassis, stitched leather finish and a rotary volume control.

In addition to iPhones and both Windows (free driver must be installed) and Mac computers, the DAC will also work with Android phones with OTG support. Including, of course, phones from Oppo. I used the DAC’s predecessor, the Oppo HA-2, successfully in my review of the Oppo F1 phone.

The Oppo HA-2 heaphone amplifier/DAC is available from InterDyn at the same price as the previous model: $499.