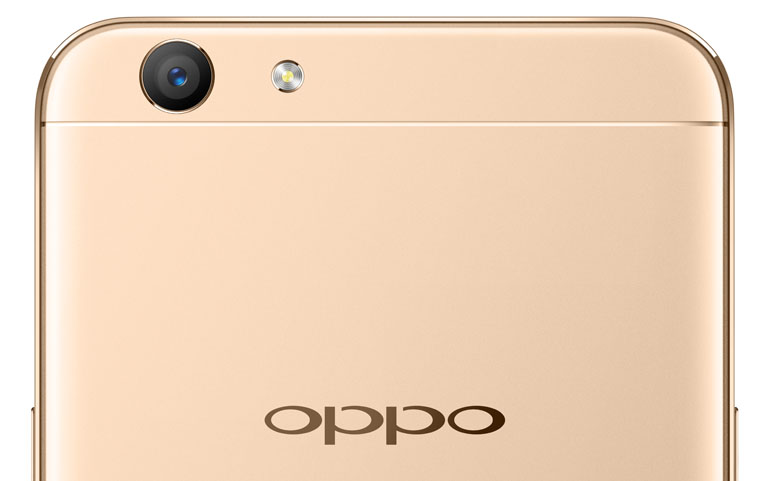 Oppo has released a new version of its F1 mobile phone: now F1s. The previous version was reviewed here although the relevance of that review might be limited given the extensive redo.

So, budget or mid-priced? The outright pricing is $348, so you choose. Apart from the screen resolution, many of the features seem to be those of a premium model.

The new Oppo F1s comes in an attractive gold-finish aluminium case with robust Corning Gorilla Glass 4 over the screen. The display resolution is HD, which is to say 720 by 1280 pixels, presented by means of a 5.5 inch IPS (In-Plane Switching) LCD panel. That works out to 267 pixels per inch, or about the same pixel density as an iPad Pro.

The front camera is a 16 megapixel f2.0 model, while the rear one offers 13 megapixels with f2.2 aperture. So, a bit weirdly, the basic specifications of the selfie-camera are higher than the one typically used to take photos. Only the rear camera gets a LED flash. The Oppo press release is keen on stressing the selfie aspect, and notes that the front camera works in low light thanks to the auto screen flash. Plus you get Beautify Plus 4.0, with seven levels of beautification which can be applied to those selfies, without detracting from that “natural feeling”. Finally, you can invoke a selfie countdown timer by waving your hand in front of it, or saying “Cheese”.

The rear camera uses phase detection auto focus, which it can achieve in a tenth of a second. The camera app includes support for RAW (ie. unprocessed) mode, plus an “Ultra-HD” mode which can combine four photos into one 50 megapixel image. Video up to 1080p is supported.

The phone supports 4G. Some overseas models can carry two SIMs, but the Australian version is a single SIM model. When you’re at home you can use both 2.4GHz and 5GHz WiFi bands, with support up to 802.11n, but not 802.11ac.  Bluetooth 4.0 is supported, but Near Field Communications (NFC) is not, so no automated pairing with speakers and other devices offering this function.

The MicroUSB port used for charging supports the On The Go (OTG) function, which means that with an adaptor cable all manner of USB devices can be plugged in, including storage, keyboards, and external audio devices.

Not that you’ll need much external storage. The phone comes with 32GB, and can have up to 128GB more added via a microSD card. Plenty of room for music there, and those RAW and 50MP photos.

The Oppo F1s uses its own ColorOS 3 system. This is based on Android 5.1. It is powered by a Media Tek MT6750 Octa-core processor and has 3GB of RAM. Amongst the high-end features on offer is fingerprint recognition. Oppo says that fingerprint unlocking can take as little as 0.22 seconds – less than a quarter second.

There’s no camera bump on the phone. It’s 7.4mm thick (7.38mm they say, but hundredths of a millimetre is a bit too much specificity unless you’re designing accessories. It’s also 155mm tall and 76mm wide and weighs 160 grams, including the 3075mAh battery.

The Oppo F1s is available outright from Oppo and JB Hi-Fi, or from Woolworths on plans starting at $35 per month, including the price of the phone.