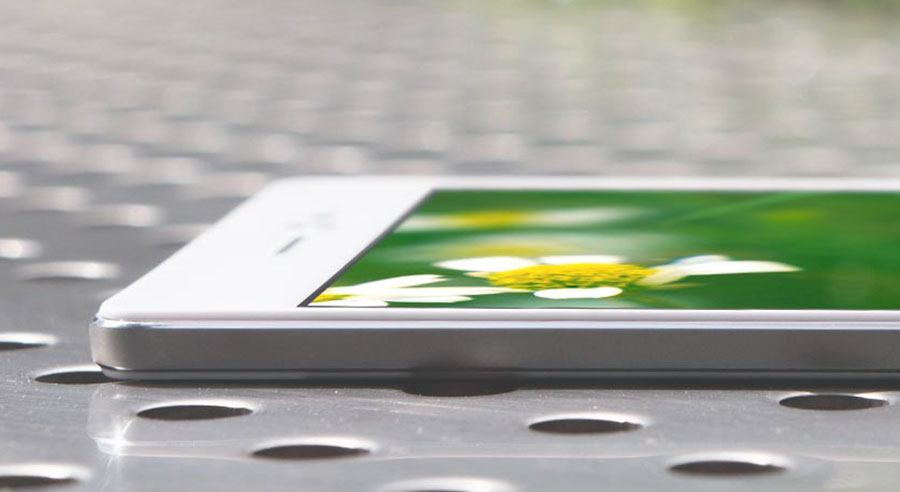 How thin a phone do you need? If you pass off everything today as being too thick, something else is coming, but you’ll have to be prepared to make a sacrifice or two.

We’re seeing some interesting phones lately, and some new manufacturers are here to shake up the system. It’s not just Samsung, Apple, LG, Sony, or HTC anymore, with more players out there.

One of these is Oppo, and while it had four handsets for Australians in early September, it looks to have a couple more on the way, with the world’s thinnest handset one of them.

That sort of benchmark is likely to raise some eyebrows, and we’re not surprised, because the recently announced Oppo R5 totally deserves it, packing some decent specs into a 4.85mm body.

The handset will take advantage of a 5.5 inch Full HD display displaying 423 pixels per inch, higher than the iPhone 6’s Retina display, and with a 1.5GHz quad-core Snapdragon 615 processor running alongside 2GB RAM and 16GB storage.

There won’t be any upgradeable memory — Oppo had to cut some things out to get the handset this small — but there will be a 13 megapixel rear camera made by Sony and a 5 megapixel front-facing camera, with 4K UHD video capture possible from that rear camera.

4G LTE will also be included, as will a 2000mAh battery, WiFi, Bluetooth 4.0, GPS, and a version of Android 4.4 “KitKat” called ColorOS, which is basically a newer version of what we saw with the Oppo N1 Mini.

What the R5 will lack, however, is a 3.5mm headset jack, meaning you can’t plug headphones in, at least not in the traditional sense.

Instead, you’ll want to use either Bluetooth headphones or rely on a microUSB to 3.5mm headset converter, as that’s the only way you’ll be able to get headphones plugged into this handset.

Some headphones are being made to deal with issues like this, though, such as the Lightning-ready headphones coming from Philips and Sony, though none that we’ve heard of yet have been developed for microUSB.

In any case, it’s an interesting product, and we’ll be curious to get our hands on this product, as its size sets an interest benchmark we’re not sure many will be able to beat for the next year.

But it’s not the only smartphone Oppo announced, with the R5 joined by the N3, a new version of the N1 Mini we saw earlier on.

Like that phone, the N3 will bring a rotating camera on a touchscreen smartphone body, with a 5.5 inch display to operate the 16 megapixel shooter, but it won’t be like the last model.

In the Oppo N1 Mini, you had to move the camera lens yourself, and while it could pretty much rotate on a hinge to face you and flip around to the back, you still had to use your fingers to do it. For the N3, Oppo have brought in an automatic rotation mechanism, making it move for you.

Besides the camera, you’ll find 32GB storage and 2GB RAM operating on a Snapdragon quad-core 801 processor, more Android via ColorOS, and a touch system that can lock images up, basically providing a sense of security for sensitive images.

“The N3 and R5 were built and designed with our users in mind,” said Oppo’s Sky Li General Manager.

“We took what our users love about our previous devices and made them even better.”

Pricing for the Oppo N3 and R5 smartphones have yet to be announced for Australia, but both will arrive early next year, so look for them then.