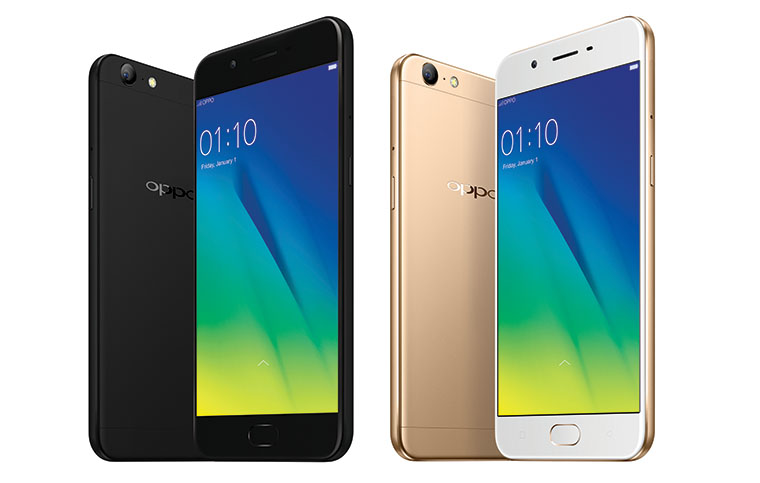 Oppo’s F1s is no longer the company’s entry level model in Australia. Today it has launched the Oppo A57, which it’s touting as “the perfect travel companion”.

Oppo’s a big Chinese tech company that’s best known in Australia for its high end Blu-ray players and its Android phones. Those arms of the business are almost entirely separately handled (although the high speed Oppo VOOC charger comes with products from both sides.) On the phone front, it has been pushing hard with good quality at remarkably low prices.

The rear camera uses a 13 megapixel Sony CMOS sensor, with a maximum aperture of f/2.2 and phase detection autofocus. As Oppo often does, it seems to have concentrated on the front “selfie” camera, with a 16 megapixel sensor and an f/2.0 aperture. Oppo’s “Beautify” function will apparently make one look even nicer in those selfies, and a “Bokeh” effect can be applied (that would be a way of making the background look defocused for artistic effect).

One higher end feature on the phone is its fingerprint sensor on the front “Home” button. If it works as well as that on the Oppo F1s, it will be highly effective.

Inside is a Qualcomm MSM8940 Octa-core processor with 3GB of working memory, and 32GB of storage. MicroSD cards of up to 256GB are supported. That 32GB of storage means that there’s plenty for future updates and apps. Sometimes things can get tight with only 16GB or less.

That said, while the phone packs Oppo’s “ColorOS 3.0” over the top of Android 6.0, the general consensus on the Internet is that the Android version of Oppo phones isn’t updated over time, so the phone’s likely to remain on 6.0 for its whole operational life.

The phone supports 4G and WiFi (2.4GHz band, 802.11n) and Bluetooth, and On The Go connections via its Micro-B USB port. I’m guessing that the OTG connection will, like other Oppo phones, be somewhat hobbled by the need to switch it on again if it remains unused for ten minutes.

There’s a 2900mAh battery which Oppo says has been tested to deliver eleven hours of video playback.

It comes in black or gold and is available at JB HI-FI and Officeworks.