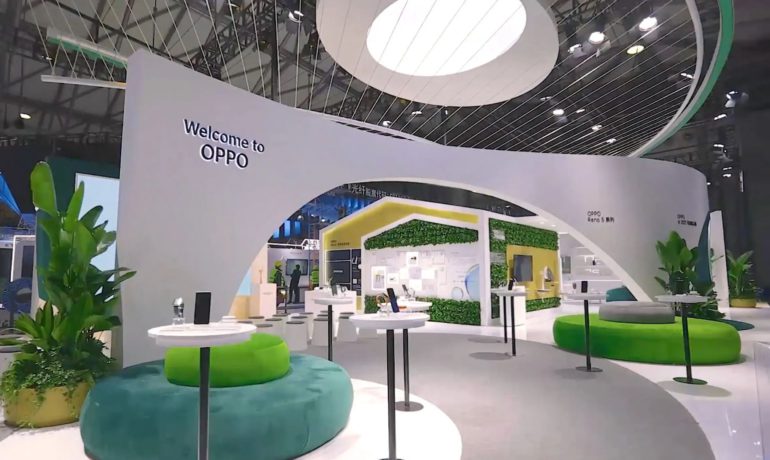 Qi Wireless aficionados (me included) are keen to see what he future of Air Charging holds. OPPO claims its 65W AirVOOC wireless charger can fully charge a 4,000mAh phone battery in 30 minutes. Admittedly this is only at a distance of up to 10cm at present, but it shows that over-the-air charging is coming.

It also showed its 125W flash charge that can charge the same 4000mAh battery in just 20 minutes. Again, this needs a suitable OPPO phone, charger, and cable, but that is certainly a speed charging record.

OPPO partners up for new chargers

It announced that Anker, one of the world’s leading consumer electronic brands, will be supporting OPPO Flash charge on some charger and power bank models.

NXP Semiconductors brings smart, connected solutions to various sectors, from smart cities to industrial, automotive, mobile and the home. It will implement several OPPO patents to support VOOC flash charging across its printed circuit board assemblies. The result is more flash charging in automotive, public spaces and industrial settings.

We have often commented that some OPPO phones have better reception, largely due to its smart antenna technologies.

The OPPO Omni CPE (Customer Premises Equipment like routers and modems) features its O-Reserve 5G antenna system. It uses the Sub-6GHz 5G spectrum, automatically choosing four of its eight antennas at a time to get the best possible signal. Simultaneously, the O-Motion 360° technology can fully rotate its antennae, automatically ensuring optimum positioning for 5G millimetre wave signal reception (when it comes to Australia). It can reach up to 6.78Gbps (in theory). It uses the Qualcomm X55 5G modem.

Website here. We have not covered this yet because it is still a concept, but its drawing closer to reality. The phone has a 6.7” 20:9 display and rolls out to reveal a 7.4” 16:9 landscape tablet display. Interestingly the earpiece speaker and bottom-firing speaker become forward-firing stereo speakers. Sweet.