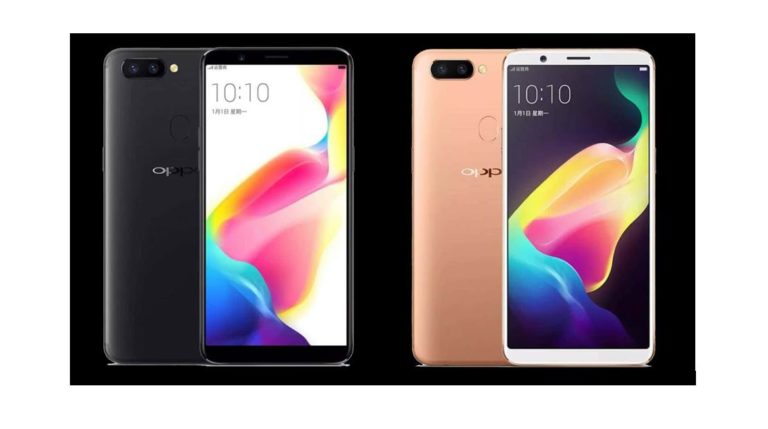 OPPO R11s Plus is the big brother to its popular R11s. Big in that it takes the AMOLED screen size to 6.42 inches and throws in a 4,000mAh battery and 2GB more memory.

OPPO is a ‘Chinese Tiger’ developing class-leading models and aggressively going after market-share. Over the past few years, OPPO has grown to be one of the largest Australian smartphone suppliers (by volume) and invested heavily in Australian infrastructure, warehousing and service. It is a safe brand with great reliability and, should you need it excellent after sales support.

The larger R11s Plus comes in Black or Champagne is $679 and shares that excellent camera and 99% of the internals. It ups the screen-to-body ratio an amazing 85.95%. Few makers can come anywhere near this level of design and manufacturing specification.

But the real the reason you buy either model is its amazing camera. Both have earned a reputation as having the best camera by far for any mid-range phone.

In the box – it is a very ‘professional’ package

Having reviewed the R11s in February, I knew what to expect. First impressions are a largish yet not too big phone that belies the 6.43-inch screen size. Its svelte in comparison to the Samsung Galaxy S9+ or Note 8.

It is a phone that looks like a million dollars (in Gold) and is often mistaken for an iPhone 8. I am sure that is OPPO’s logic anyway as it follows Apple design cues in both the exterior and its user interface. Its what those who can’t afford Apple buy!

Setup is simple. Thanks to its Colour OS 3.2 user interface you can entirely avoid Google and its apps if you wish. That is especially important to Chinese users who cannot access Google services.

All that is missing is IP rating, NFC and wireless charging to make it a flagship contender! With these, it could charge way more money!

It is a Samsung sourced, Diamond Pentile (two green to each red and blue pixel) with a 2160 x 1080 resolution. Being AMOLED means VR capability. Colours are accurate, but it has no software adjustment.

The results are flagship class resolution, punchy colours, pure blacks and good daylight readability (over 400 nits) on a lemonade budget.

It is the first OPPO with the new 18:9 screen (Univisium movie format). Apple, Samsung, LG et al. have adopted instead of the older, wider 16:9 TV format. It makes the larger handset more pocketable fitting a larger screen into the same space smaller 16:9 phones.

The Qualcomm 14nm, Snapdragon 660  brings near flagship-class performance to the mid-range segment.

It offers a 20% faster CPU and 30% faster GPU than its predecessor while using less power. The message I want you to take away is that you don’t need the Snapdragon 835/845 flagship SoC to get flagship performance.

OPPO Upped the RAM to 6GB, not because it needed it for future Android updates but because it found still image post-processing works just that little faster. Storage is 64GB, and it can expand via micro-SD to 256GB.

I was only able to test this over a week. For the first two days, I threw everything at it – more than a power user would consider.

It has two 2000 mAh batteries that work in parallel to provide 4,000mAh. This is where VOOC fast charging shines.

VOOC has 2 x 2A chargers, so it effectively charges in half the time. In tests, it reached 50% charge in under 30 minutes and a full charge in 90 minutes. OPPO claim a 5-minute charge gives two hours talk time. If you lose the ‘green’ VOOC cable or charger, then it charges at 5V/2A and takes about 3.5 hours.

Dual camera can outperform those costing twice as much

No, it is not a Samsung Galaxy S9+ or iPhone X dual camera. But in side-by-side tests, it was damned close.

Here are the basics of the dual rear cameras

OPPO state that the two sensors images are ‘merged’ (via post-processing) to collect more data and synthesise a 2 µm equivalent! The 16MP is the most used lens, and the 20MP is specially designed to supplement low light and to give a bokeh effect to portraits.

OPPO seems to know what it is doing camera wise, and it seems to work well.

GadgetGuy uses a series of reference shots. All settings are on auto as that is what most use. Like other flagship cameras, the app will manage whether to use auto flash or auto HDR – good. The comparison is with the dual 12MP camera Samsung Galaxy Note 8 (GN8 shots on the right).

OPPO’s 16MP sensor has more natural colours, precise detail, and definition in the shadows than the GN8. I would put it marginally ahead, but it lacks optical image stabilisation which becomes more critical with decreasing light levels where exposure time increases.

It is hard to take a lousy shot in daylight but hold it still and don’t use digital zoom as it will induce noise.

Exposure time shot up to 1/50s at ISO 50. Here the GN8’s OIS takes over with a slightly crisper shot, and its HDR does a better job of capturing the fur detail. But while the GN8 has more saturated colours (e.g. red Sudoku cover) the real colour is as per the OPPO.

The GN8 is superior here but not by much.

This test presents a real conundrum. Parts of the OPPO are way better (HDR and details and colours of the monitor and tablet), but it simply does not pick up the details of the red filing cabinet and HP laser.

Simply put the OPPO had more natural colours, better HDR in the highlights and worse in the lowlights. The GN8 took a more visually pleasing photo at the expense of details and introduced noise into the image.

OPPO has built a Portrait Lab and membership includes Russell James, a 20-year photographer for Victoria’s Secret, make-up artists, and retouching specialists. They have provided many suggestions on what makes the best portrait. This is the essence of the portrait mode of the R11s.

It works with both the rear camera and selfie camera.

Selfies: At 20MP (no AF or OIS so hold it still) it records tons of detail, good colour and contrast. There is no flash or screen fill flash, and the f/2.0 lens struggles to get enough light in low light.

Videos – apart from stabilisation issues – have good detail, colour and contrast and are best in daylight and office light.

Panorama: 2500 pixels tall and can be up to 25MP providing good detail, colours and contrast with no visible stitching.

We all like punchy colours – it is visually pleasing. Samsung has nailed this!

But OPPO has more natural colours, better detail (due to a higher MP sensor) and less noise than the GN8 that scored a 94 DXOMark.

All it needs to blitz the competition is optical image stabilisation.

At under half the price of the GN8, it provides incredible bang per buck as a camera.

We often forget that the prime task is to make and receive phone calls. It supports dual-SIM (or one sim and one microSD) and Voice over LTE (Telco dependent).

As a phone, it typically had as many signal bars as a flagship. The aerials are colour coded to the phone back, and OPPO says the placement means less interference.

As a hands-free device, it is fine reaching 70dB. Callers commented on the voice quality.

As an audio device, it reaches up to 80dB on heavy metal tracks. Its single speaker is not however up to audiophile scrutiny.

Frequency response is flat and covers the spectrum from 20-20kHz – the feed via Bluetooth is clean, but the 3.5mm audio jack was not as good.

R11s Plus adds facial recognition. The system relies on Oppo’s face recognition technology to identify 128 facial features points, match them, and unlock the device in less time than it takes for the screen to come on.

Face ID worked well in good light but was variable in low light. I particularly like the “Raise to wake up” feature – the smartphone automatically identified me and was ready for use as I lifted it off the table.

Colour OS is OPPO’s way of providing an Applesque experience without breaching copyright. Many of the gestures and in particular its camera app uses similar swipes.

But it is more than that – AI learning, customisations for WeChat, Payments, fingerprint, night mode, and a full suite of apps that allow you to avoid Google’s offerings (important in China).

I use a Samsung Galaxy device, and I have grown used to its Grace UI. When I use Pure Android, I have to relearn that interface – Colour OS is no different in that respect.

My adult son uses OPPO – has done since he lost his iPhone and says the interface is great.

Of course, in Australia, all the Google apps are loaded, and it is your choice which you use.

The R11s Plus updates the R11s. The addition of a gorgeous, extra tall, 6.43-inch 18:9 AMOLED display adds a lot of value to this mid-range offering.

The Colour OS and design similarities to iOS make it feel like a much more affordable version of the iPhone 8, and honestly, that’s not a bad thing.

But more than all of the tech OPPO took out the Canstar Blue  2017 smartphone ‘Most Satisfied Customers’ award. Retaillers universally say they have the lowest problem rates with OPPPO.