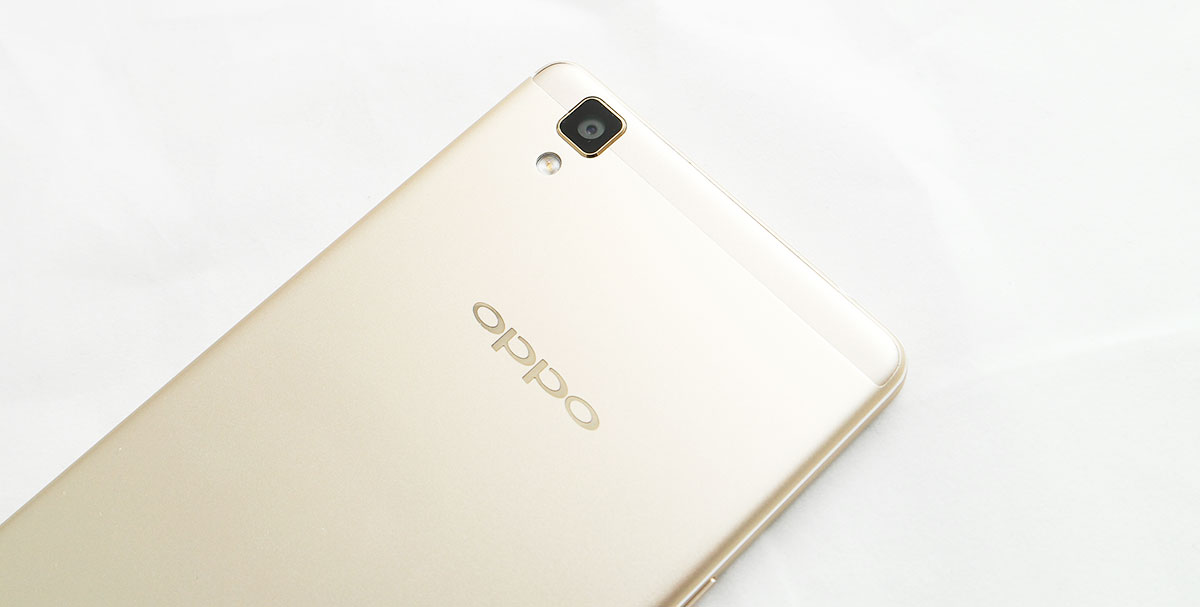 At least battery life isn’t too shabby, with a solid day being offered by the Oppo R7s, and a little bit more if you’re a touch frugal or use your phone less.

Overall, we found the Oppo R7s could survive close to 36 hours when we were taking the phone through a regular day with no smart devices or wireless Bluetooth connections, meaning if you rely on corded headphones and check your mail, surf the web, make and take the odd phone call, message people, social network, take pictures, and generally use your phone, you can get a day and a half out of the R7s without charge.

Use your phone a little more than we did and you might find only a day of life is possible out of the phone’s 3070mAh battery, so we’d probably recharge it nightly, but it’s still nice to see that if you were running out of charge, you wouldn’t have to worry so much and run for the nearest power point and USB cable.

Value is one area where the Oppo R7s handles itself very well, because with an outright price of $549, it’s hard to look past the bang for your buck, at least on paper.

For a little over $500, the R7s offers a fair amount, from decent battery life (for the price) to a solid spec set and an excellent body design.

At least Oppo’s tag matches mid-range, and there’s a fair amount in there for the cost, even if it is from a brand you may not be totally familiar with.

Still, some of the things that need work surprise us, partly because there’s just so much similarity between the R7s and some of Oppo’s other units, namely other R7 models.

For instance, there’s no fingerprint sensor in the R7s, which might be a little annoying if you feel like you need a little more security.

It’s a rather surprising omission, too, because the larger 6 inch Oppo R7 Plus includes the technology and even offers less memory for $70 more.

As we noted before, we’re still not huge fans of the operating system, but you can get around this, and most people probably won’t be bothered by it. Some might even prefer the Apple-inspired take.

Regardless of who uses the R7s, you will still find the odd bug when you hold your phone from the top, and that’s apparently called a “misoperation prevention” error.

It’s something very specific to Oppo devices, as we’ve only seen it reviewing phones produced by the company, and while it looks like it’s an error, it also isn’t one. It’s more like something the phone warns you not to do and won’t have any effect on the device if you do.

Don’t worry if it happens, as you’ll be right, and you can even turn it off in the settings if it bothers you.

That’s a fair amount of flexibility, and it’s pretty cool, but what happens if you have a nanoSIM?

If you’re switching from a device reliant on the nanoSIM — like say an iPhone 5 or 6, or a Samsung Galaxy S6 — you have this format, and when you throw this in the tray, you’re actually slotting it into the section that handles both the microSD and the nanoSIM.

But while it handles both, you can only use one at a time, meaning if you do have a nanoSIM, you don’t get any microSD access, and you merely have a 32GB device.

The one thing that confuses us with the Oppo R7s is where exactly it sits.

Oppo has made a fair amount of mid-range models designed to take the fight to its premium competitors, but the Oppo R7s feels like a mid-ranger sitting in the middle of a bunch of other mid-rangers.

Certainly, there are reasons to pick the R7s over the others, and we’d say they come from the additional memory you get as well as the lack of printed on soft buttons that help to make the R7s feel a little more future friendly.

Still, we can’t help but think some things should be improved — like the camera — while fingerprint sensor should be added if only because of how difficult it will be to find so much in one device for this sort of money.

Overall
Features
Value for money
Performance
Ease of Use
Design
Reader Rating0 Votes
Metal body; Two SIMs or one SIM and a microSD upgradeable slot; 4GB RAM makes the phone perform quite well;
No fingerprint sensor; Oppo’s “ColorOS” Android overlay is still a little too iOS for us; Camera could be better; MicroSD expansion disappears if you use nanoSIM;
4