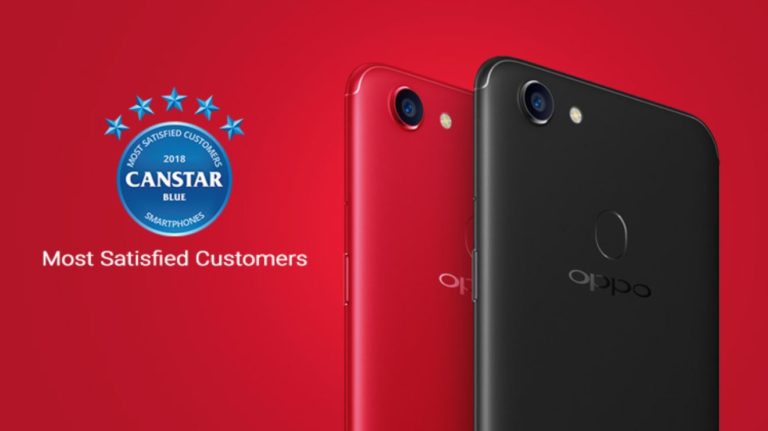 OPPO has won the Canstar Blue 2018 Award for “Most Satisfied Customers – Smartphones”. It also won the award last year.

It was up against some significant competition – Samsung, Sony, HTC, Apple, Huawei and Nokia.

In that time it has built a legion of fans. Its R-series have been Australia’s top-selling smartphone. The new R17 Pro (reviewed here) just keeps getting better and better –from a high bar to start with.

“There was always a demand in the Aussie market for flagship phones at more affordable prices. OPPO was the answer when they came here in 2015. OPPO has once again performed tremendously in our review, being the only brand to score the maximum five stars for categories such as Value for Money, Battery Life and Durability. It has proven time and again that owning a high-quality phone does not have to mean emptying your pockets. Aussies are catching on to this quickly.”

Michael Tran, Managing Director at OPPO Australia, says winning the award for the second year in a row is testament to the company’s promise to listen to consumers and deliver products with features they want.

“OPPO’s philosophy has always been driven by giving Aussies the best quality smartphones at desirable prices. The way we do this is by listening to our customers and packing our devices with only the best flagship features we know they want.”

“This year alone we have brought multiple innovations to the smartphone market, including the pop-up stealth 3D camera in the Find X, and the fastest charging technology in the world, SuperVOOC.”

“We are already exploring and developing new and emerging technologies, including 5G, AI and VR. We recently conducted the first ever multi-party call on a 5G network and are looking to be at the forefront of providing that amazing technology to Aussie consumers. OPPO will continue to push the boundaries of smartphone innovation and camera capability and look forward to developing our technologies further in2019,” said Tran.