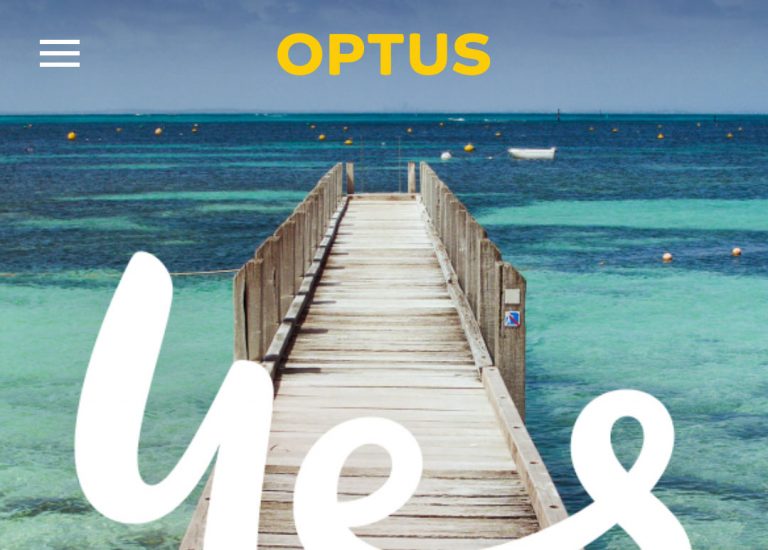 My Telstra ADSL broadband went down today. (NBN, what’s that?) After an hour on the phone with a very helpful Telstra tech, I happened to pick up the land line phone and found no dial tone. It wasn’t the Internet, something was wrong with the whole line. That led me indirectly to a slightly Kafkaesque encounter with Optus.

A Telstra technician was booked for the next morning, but there I was with my latest review (LINK) approaching a point where it would be ready to post, and my normal connection down. There are always work-arounds of course, and the obvious solution is what I eventually used: I set my Telstra-connected mobile phone as a WiFi access point, connected my Surface Pro 4 to it and used the Surface to load the review and pictures onto the site.

But I’d be hoping to do that with Optus.

I’ve been contemplating getting a second SIM for quite a while. Transferring everything to a new review phone on a fortnightly basis was becoming a drag. Especially things like using an app to transfer relatively tricky things like SMS messages.

I had a quick look at the options and settled on Optus for my second SIM. Most of my family members use Optus and they were happy with it. Mostly.* Optus have a $30 for 3GB (plus lots of calls and texts) for 28 day pre-paid option which doesn’t seem remarkable, until you note that un-used data allocations can be accumulated up to a maximum of 15GB.

Also attractive was the fact that it wasn’t Telstra. I have nothing against the Big T, but Optus has its own network, so I figured if there was a recurrence of the Telstra outage woes of last year, having a different comms channel could be useful.

So that was the one for me. I slipped down to the local supermarket and picked up a $2 starter SIM. Brought it home, slid it onto the tray of a Moto G5 Plus phone which I’m reviewing, and fired it up. Then, as instructed by the SIM’s packaging, I went to optus.com.au/activate to get the SIM working. I used the Moto. The un-activated SIM could access that web site of course.

All seemingly went well initially. I chose the plan I wanted, entered the identification number of the SIM, chose a number from the list of ten or so offered, entered my card details for payment and then … things went wrong. The next screen was to validate my identity. It asked for either credit card details or my PayPal ID. I chose the former and re-entered the same details I’d put in moments before. But now the system said it was unable to confirm their validity.

Oh…kay, I guess. So I carefully re-entered the card details with the same result. I tried with a different card, and the system announced I’d used up my valid attempts, wiped everything and took me back to the start.

Let’s give them a call

There seemed little point going through the same process, but I had options. The SIM packaging actually gave two ways to activate the SIM. One was the website, the other was to call 555. Of course I spoke to a disembodied voice. I followed the options down several paths, always beginning with the “Activate a Prepaid SIM” option, and every single one of them led to the same point. The voice would not offer to let me activate the SIM via phone. It would not pass me over to a human operator if I didn’t respond to something.

Every path led to the same result: it would tell me to … go to optus.com.au/activate. I’d just hang on each time, hoping for an “I’ll connect you to an operator”, but it never came. Instead, after a while the suggestion I should visit optus.com.au/activate was repeated.

Then, if I continued to wait, the voice politely informed me that the call would end so that I could go to optus.com.au/activate to recharge.

I do kind of like that: two paths on offer, and one of them plays you along for a little while, then every single time tells you: go back to the start and use the other.

I returned to optus.com.au/activate and this time it asked not for a credit card as proof of ID, but my driver’s licence or passport. I entered the details of the former and this time activation succeeded.

A sense of rejection

But then I apparently misunderstood the auto load questions, and left my SIM with a zero balance instead of the $30 I thought I was loading onto it. Then when I attempted to pay $30, both online and via phone, my efforts were rejected because I had apparently “exceeded the usage rules for this service”. Whatever that means.

There is a help number on the packaging. Which I’ve just called in order to sort out this mess.

Oh, that call couldn’t go through. No credit, you see. Apparently you need to have credit to call Optus to help you sort things out when you find yourself unable to load funds. Nice little Catch-22 there. Fortunately I still have my Telstra mobile phone service so I shall call up Optus help line using that.

(Moments later.) That went well. Not.

I got to listen to a lovely robot voice telling me I could recharge using my credit card – which I can’t because I’ve “exceeded the usage rules for this service” – or ask for an IOU credit, which would give me a couple of bucks, presumably so I could … What? I don’t know. Call in again for yet another unsuccessful attempt to load credit?

It also said I should install the My Optus app on the phone and manage things that way. I had already done that last night (it’s now the next morning), and using it requires a validation process involving Optus sending a four digit code via SMS and the user entering it in a box in the app. I had tried that twice last night and both times the app announced that the validation had failed.

So after that call, I again tried the app. The four digit code came through and somehow auto-entered into the app so it became usable. Hurrah! Progress! I went straight to the “Recharge” option, entered the same-old same-old and told it to go ahead and charge my card and … “Error: Oh no, a system error has occurred so you’ll need to try again later.” It also said that it had removed my card details from its system.

At this point my solution would be to go back to the shop and buy a recharge there. Except that I have to wait here at my office all morning for the Telstra technician.

At this point I’m guessing my broadband will be fixed before I manage to get the Optus SIM usable, which partially defeats the purpose for getting it. Which was to be able to use some of that 3GB of data for my normal activities while broadband was down.

I shall have to learn to accustom myself to the unhelpfulness of our new robot overlords.

(I have asked Optus for comment. Nothing has been forthcoming)

I caved. I went down the supermarket – very quickly – and bought thirty dollars of credit there, and was able to load in the code via the 555 phone number very easily. All seems to be working fine.

As for my Telstra woes – a Telstra contractor went to the pole – that metre-tall post full of electronics and such – at the corner up the street to see if the phone connection was getting past that okay to my house. And found that someone had severed my line within it. Must have happened about lunch time yesterday, since all was fine in the morning, and nothing was in the afternoon. Once the problem was found it was easily fixed at no charge to me.

* The exception is one piece of insanity in which I am still the responsible person for my now 24 year old daughter’s Optus account … several times over the years getting my name, leant to her when she was a minor, disassociated has proved so bureaucratically nightmarish that we’ve given up. Eventually I’ll die of old age and I imagine she’ll have to carry my death certificate around to allow her to exercise control over her phone connection.