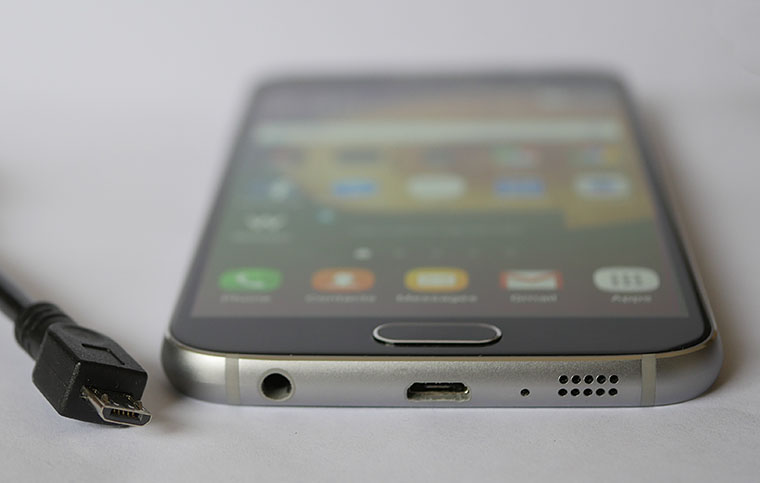 So, the Apple iPhone 7 and iPhone 7 Plus are abandoning the headphone socket. What does that mean for Android phones? Could they follow the same path?

The short answer is that they could. Technically an Android phone could come with a Micro-B USB equivalent of the iPhone 7’s Lightning to headphone adaptor. Such a thing could be used on many Android phones made in recent times.

What the phone needs is an OTG – On the Go – capability. High end phones pretty much always have this, and many midrange ones as well.

With OTG support, you can plug in special OTG USB memory sticks or an OTG adaptor cable. I picked one up at JB HiFi for just fourteen bucks. This is a short cable with a Micro-B USB plug on one end and a regular USB-A socket on the other. You plug it into an OTG-capable phone and suddenly you have access to a number of useful USB devices.

Obviously, that includes any old flash memory drive, not a special OTG drive. Also a USB keyboard. Got some bulky typing to do and only your phone to do it on? Well, if there’s a USB keyboard in reach and you’ve got your adaptor cable, plug it in and off you go. The screen may still be small, but you’ll jam in those words a lot faster than you could with any on-screen keyboard.

Likewise, you can use an external audio DAC. This could be a fancy hifi one, or as simple as the DAC undoubtedly built into the Apple adaptor and Lightning earphones.

So there’s no reason why this couldn’t be repeated with Android. Except for the sheer fiddliness of the Micro-B USB connection. Maybe when phones have moved entirely over to USB Type-C that will happen.

But do remember, as with the iPhone, if the Android phone’s port is being used for audio or some other purpose, it can’t be used for charging, which remains the drawback both for Apple’s new scheme and any moves to make it the norm for Android as well. At least until devices appear that allow charging at the same time.