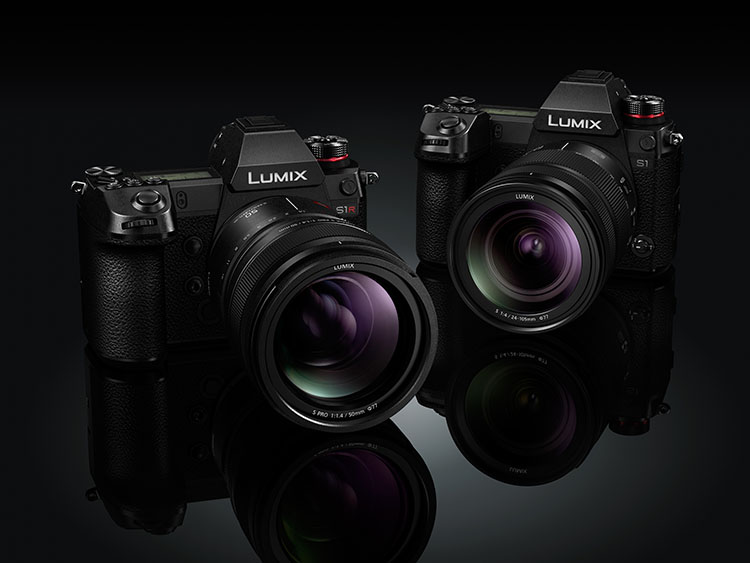 Over the last couple of days Panasonic treated a bunch of tech writers, photographers and videographers to a bunch of picturesque locations around Hobart. The purpose was to introduce us to the new Panasonic Lumix S full frame cameras.

We covered the details of the cameras when they were announced back in February. See here. But in brief, there are two models. As seems to be the industry standard with full frame mirrorless cameras, the two differ primarily in resolution.

A recap of the Lumix S Series cameras

Both have the full set of Panasonic features, including 6K modes. I was told that the S1 has a buffer big enough for 999 shots in a burst. I imagine fewer images would fit in the buffer with RAW mode selected, or with the higher resolution S1R images.

Both cameras are dust and splash resistant (it rained a bit during some of the shoots, but none of the cameras seemed to mind) and it can cope with cold down to -10 degrees C.

They both do UltraHD video recording, but the cheaper S1 is the capability winner here. It can use the full sensor for recording up to UltraHD 30p. Later in the year there will be a for-purchase software upgrade that will allow it to record the colour in higher 4:2:2 resolution (rather than the standard 4:2:0) at up to 30p internally, and up to 60p via the HDMI output to an external recorder.

There’s much, much more. Check out our earlier piece.

Over a day and a half I was able to wield both cameras, taking just short of 1,300 photos with the two of them.

I ended up with a lot more than 1,300 files, because for the first 400-odd I had RAW mode also operating. That is photos were saved at the highest quality JPEG setting and RAW, both. But then I heard from the Panasonic people that these cameras use a new version of Panasonic’s flavour of RAW, and that it’s not yet supported by the various photo editing packages (I use Photoshop). That support should be appearing in the near future.

I’m going to refer to them both as Lumix S Series cameras because, until it comes to editing work, where the higher resolution of the S1R becomes apparent, they are identical in use.

The Lumix S Series cameras felt great in my hands. They certainly didn’t feel at all heavy in my paws, even though I was expecting them to. And even though they were mostly fitted with the Lumix S 24-105mm F4 lens, which is itself pretty large. You can leave everything on automatic (“iA” on the mode dial) and just point and shoot as well as the best compact. All you’ll need is more room in your luggage to carry the thing.

(Although, to be fair, when I got back to my office after the trip and picked up my GH4, it felt so very, very light).

When not in full auto mode, and even though I’m a long-time Panasonic GH4 user, there were a few things that I had to get used to in order to effectively use the camera. The first was my tendency to somehow lean on the joy stick. This sits to the upper right of the rear monitor, and even though it’s not in the way of anything, I still kept pushing it accidentally.

The main use of the joystick is to select the point of focus (it doesn’t change much if you’re using the focus-on-everything multi-point point mode. It kept ending up at bottom left, so auto focus would be trying to find something on the ground on which to focus, leaving my subjects fuzzy.

But there are ready solutions to that. First, there’s a very handy “Lock” switch on the back. Flick that over and the manual settings are locked in place. You can choose which settings this applies to.

Another solution was to simply press the joystick. This returns the focal point to the centre of the screen. Press it again and it goes to the previous spot. As you can imagine, you can toggle easily between the centre and a chosen point.

A further solution forced me to place more trust in the Lumix S Series cameras than the amount to which I’m accustomed. And that proved to be a boon.

As we’ll see shortly, one of the photo opportunities was photographing a female model. When I came to that, I decided to give the automatic body and face detection auto focus function a whirl. I’m now a convert. Were I to own a Lumix S Series camera, I’d be using this much of the time. It always managed to identify either her whole body or, if it was turned the right way, her face. And it provided a very sure focus.

On top of that, I invoked Panasonic’s AF+MF mode in the menu (you have to look hard, it’s buried a long way down and is off by default). That let’s you manually tweak the focus while holding the shutter release at a half press. (You can also use the joystick in auto detection mode to do things like choose which eye on the identified face, or which face amongst several, that you want the camera to focus on.)

AF+MF worked much better than it does on my GH4 for one reason: the focus ring on the lens was smooth and light in turning. (Most of the lenses I have for the GH4 have quite stiff focus rings, which discourages their use.) I would have liked a slightly heavier shutter release button with a touch more travel, but it didn’t take long to learn the precise holding position.

The other thing that stood out in using the Lumix S Series cameras was the electronic viewfinder. Panasonic notes that they have the highest resolution of any on the market, at 5.7 megapixels. I confess I was a little dismissive of this, thinking the 3+ megapixels offered by several rivals to be more than adequate. Until, anyway, I put the camera to my eye.

Although you can’t perceive the pixels on the lower resolution viewfinders, it seems that they still manage to be not quite as sharp as this one. It was sharp, with brilliant detail. It uses OLED technology, and the colour presentation was rich. The only weakness (I’m comparing here to perfection, not to other cameras, which all share this weakness) is that in bright scenes, the darker elements of the screen often crush into black. That might be the display, or it might be my all-too-human eye responding to the high overall brightness of the image.

The fold-out screen on the Lumix S Series cameras might not be as versatile as the swing-out on of the GH cameras, but it’s good enough for most purposes. Here I was able to get the camera right down on the floor to capture the model. I intentionally framed it to capture more of the background, going for a dramatic look. That sandstone is an internal wall – cut into the earth – of the Museum of Old and New Art in Hobart. If you haven’t been, it’s well worth visiting and paying the entrance fee (it’s privately owned) to see the astonishing internal structure, quite aside from the artworks.

Despite the intentional distance from the subject, when I crop down to the model’s face she remains detailed and sharp. That’s thanks to the auto face detection of the camera. Note, this is with the S1, so the lower resolution 24 megapixel model. The camera selected a 1/25th of a second shutter speed and an ISO of 1600 for this one. I selected an aperture of f/4.

At one point I was able to briefly get ahold of the new f/1.4 50mm prime lens. It’s designed specifically for the Lumix S Series cameras. I think of 50mm lenses as small. This one wasn’t, being just about the same size as the zoom lens. And it costs $3,599. I was interested in low light performance, so I shot a barrel out in the dark. I chose f/1.4 and let the camera choose the rest of the settings. It went for a 1/50th of a second shutter speed and wound the ISO all the way up to 25,600. That’s a ridiculously high speed for a sensor, and should crush the image quality with grain, or processing artefacts from the attempt to remove the grain.

But in fact the picture was quite presentable:

Especially on the front where the focus had settled, the image was sharp and clear. There was processed grain closer to the edges where the shadow was stronger and the wood was further from the plane of focus, but it was well controlled.

And here are a few more photos, back with the zoom lens. All but the first were shot with the Lumix S1R camera. In every case, the colour balance and detail is simply first class.

JPEG photos at the highest quality setting (and why would you choose a lower one?) were around 9MB to 12MB for the Lumix S1 and 18 to 22MB for the Lumix S1R. I didn’t take any RAW shots with the latter. With the S1, RAW shots consumed about 35MB. There should be plenty of room in either camera because they each have two card slots, one for SDXC with UHS-II bus support and one for XQD.

The initial two cameras in the Panasonic Lumix S Series range were a delight to use, and both produced images of extraordinarily high quality. No photographer from half a dozen years ago would have dreamt that such pictures could be produces by a digital camera that was within financial reach of the enthusiastic amateur.

Panasonic’s website for the Lumix S Series cameras is here.