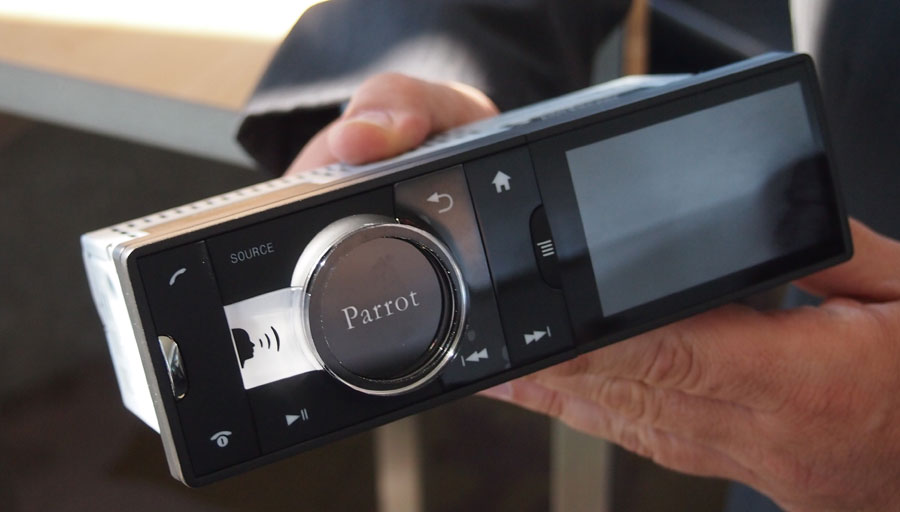 The French company Parrot – responsible for Philippe Starck’s WiFi and Bluetooth speakers – has been innovating again, this time with a world first: a car radio that runs on Google’s Android operating system.

While the Asteroid is the first time Android has appeared in a car radio, it’s actually not the first time Parrot has experimented with Android, with the operating system appearing on the Parrot DIA photo frame announced earlier this year.

The first in a range of Parrot car stereo products, the Asteroid comes with a slew of features  including GPS, SD card slot, AM/FM, USB storage, iPod/iPhone/iPad connection, Bluetooth with A2DP, 220 watts of power, and 3G connectivity over either broadband dongle or tethered mobile phone.

With the internet connectivity comes access to Google maps, weather forecasts, and even web radio, now available in your car thanks to the use of a mobile broadband connection. While a GPS is thrown into the system, Parrot hasn’t provided turn-by-turn navigation, partly because of the small screen size found on the Asteroid.

Design-wise, Parrot has left in physical buttons normally found on Android devices, such as “home” and “back” buttons. Unlike most Android handsets, there’s no touchscreen, but Parrot has included a voice recognition button, allowing you to call members of your phonebook by name or select a music track by just saying it out loud.

You can’t upgrade your radio to Parrot’s new system yet, with the Asteroid on target for an October release at $399.