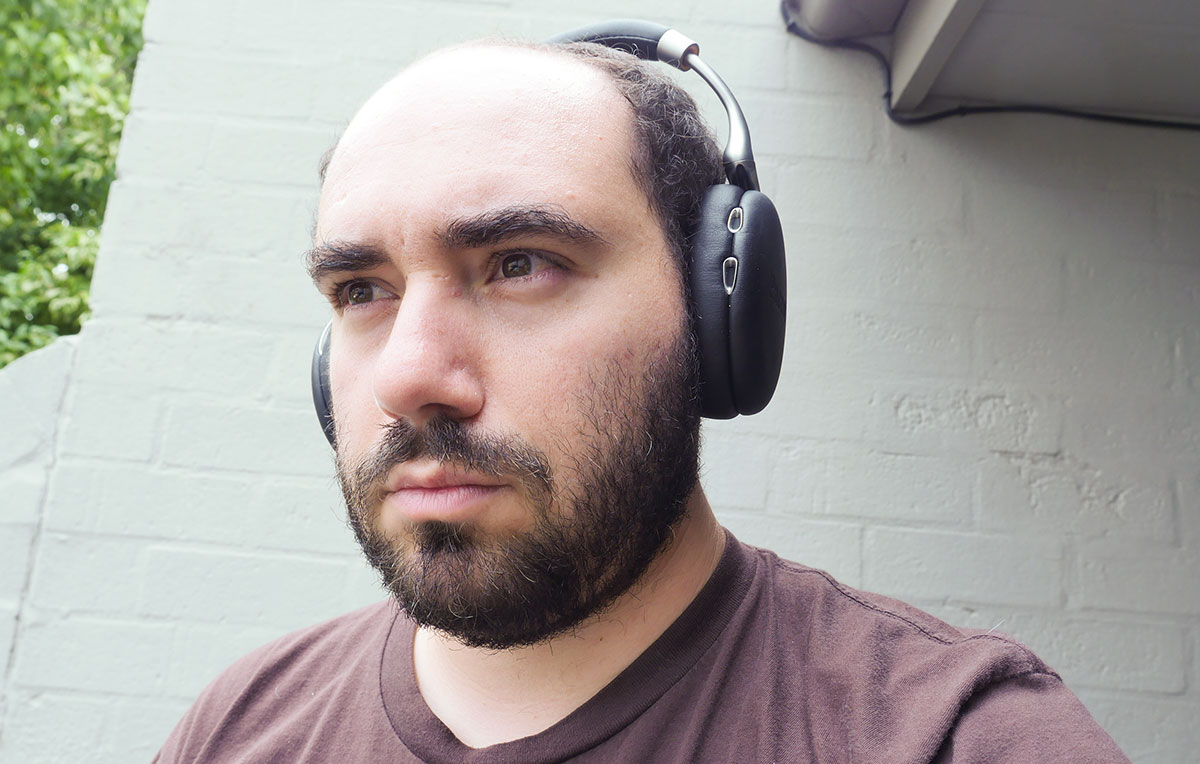 Parrot’s wireless headphones return, proudly proclaimed as “the world’s most advanced headphones” and packing so much of a walloping, it’s hard not to be impressed by what’s on offer.

The French gadget makers and famed designed Philippe Starck are back with another pair of headphones that could change the way headphones are made, taking the idea of a wireless headphone and making it more interesting than just cutting the cords.

The new pair isn’t just an update on the first Zik headphones from 2012, though, with some different innards, more control for the user, and an app that has been designed to work with both Apple’s iOS and Google’s Android.

Parrot’s Zik 2.0 are smaller, that said, put on a diet from the original cans and reduced in weight around 17 percent, yet including a slightly thicker headband and a new cushion design for ears.

Wireless is handled by way of Bluetooth 3.0, pairing with Bluetooth or Near-Field Communication, depending on what your phone or tablet has. Technologies such as High-Resolution Audio (HRA) and the Advanced Audio Distribution Profile (A2DP) are both supported by the Zik headphones, the former of which includes a 192/24 digital audio converter.

Noise cancellation is also built into the headset, a feature which can be switched on and off via the aforementioned app, and which takes advantage of several microphones places around the headset. We’re told there are eight of these, six of which are engaged for active noise cancellation.

Making the wireless work is a rechargeable battery that can be replaced if needed, charged over microUSB and providing as much as 18 hours of use according to Parrot, with standby up to eight days. The battery is rated at 830mAh and takes a little over two hours to charge.

The battery also powers the controls, which in this pair of headphones are built into a touchpad found on the right earpad. There are no marking to suggest that is what the ear pad does, however, so you’ll have to know.

One physical button is included, however, with the power button on the bottom of the right ear pad.

A cord can still be used if needed, with the 3.5mm headphone jack located on the right side, different from most other headphones out there. No power is needed if the cord is attached.

The Parrot Zik 2.0 headphones are available in six colours, up from one in the original Zik (1.0) headphones.

It takes a lot to say you have the world’s most advanced headphones, but that’s exactly what Parrot is claiming with the Zik 2.0, a pair of cans that packs in some software and hardware guts to make one of the more interesting types of headphones you’ll ever cast your eyes on.

Take them out of the box — hell, look at them in the box through its transparent packaging — and you can see these aren’t your usual pair of plastic cans. Even if you’re used to seeing headphones from the likes of Beats or Bose, there’s something different about the style Philippe Starck and Parrot have infused into the design of the Zik 2.0.

They’re simple and sleek, with a metal frame that hugs the ear pieces in a way few devices do, making it almost resemble a shape that was drawn in one swift motion.

It’s curvy and soft, and there’s a feeling of simplicity here that is too hard to ignore.

Grab them and you’ll find a weight that isn’t overly light, and yet also isn’t particularly heavy. Sitting at 270 grams, these aren’t overly weighty, though some may notice the metal structure and largish ear pads, quickly. Putting them on, we didn’t feel like they were weighing our head down, though every head is different.

From here, you just need to switch on the power, because without it, you won’t be getting much of the headphones to work. The Parrot Zik 2.0 will operate without power, that said, but only in a minimal capacity, with no controls or noise cancellation, with this feature only existing for when you run out of battery power.

That said, you’ll want the battery charged, because that’ll let you get the most out of these cans, with an app that will let you manipulate how they sound in a jiffy, change the soundstage, and even tell you how much battery you have left.

But we’re getting ahead of ourselves, so let’s start with the basics.