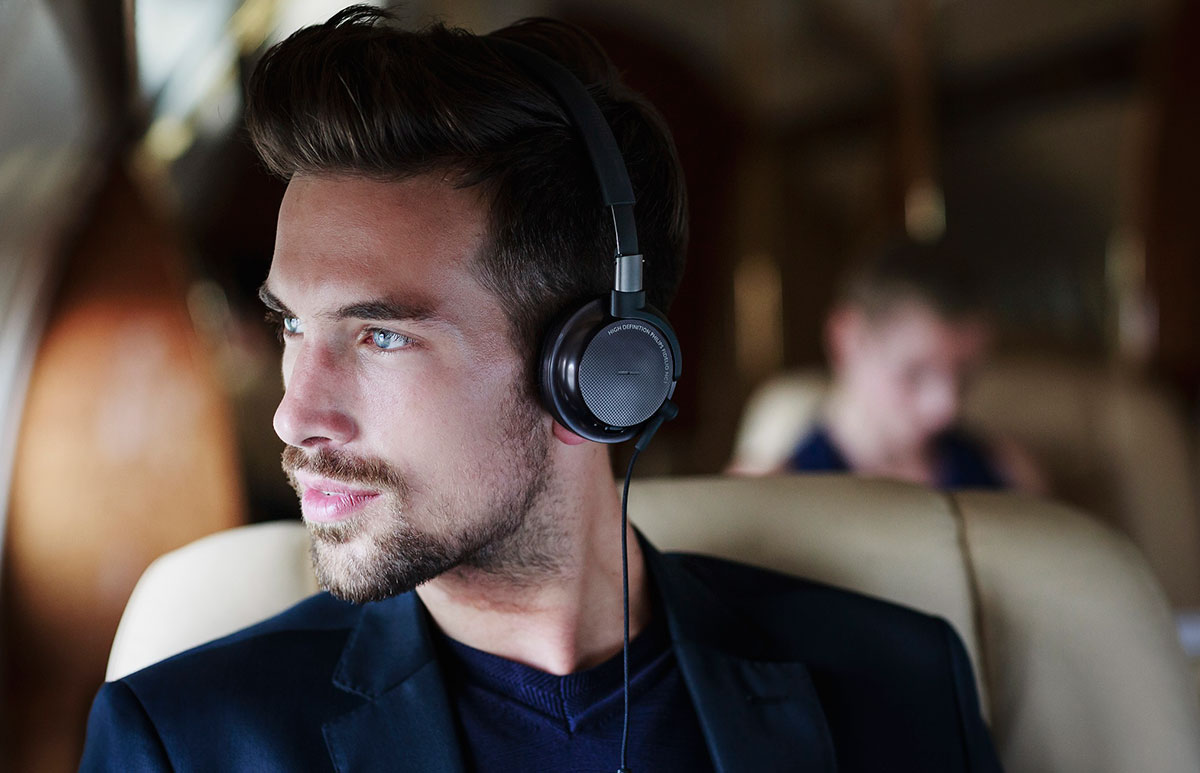 If you’re anything like us, noise cancellation headphones are a must have when it comes to take a flight, killing the hum of the aircraft and letting you get on with your listening pleasure. Normally, this area is occupied by Bose, Audio Technica, Sony, and Plantronics, but Philips is getting in on the action, too.

This week, the company has launched a new pair of cans designed to kill the drone of aircraft, as well as help reduce noise when you’re in transit, while still providing amplified audio in a way that won’t required you to buy another AAA for a pair of headphones.

The headphones are called the Fidelio NC1, and as the name suggests, they are a pair of noise cancelling cans (hence the “NC”), packing in four microphones — one on the outside of each can (left and right), and one on the inside — to pick up on low, mid, and high frequencies and cut them out, converting the noise to silence for the listener.

Active noise cancellation is the name of the game, and that means a battery has to be used, but there is one of these built into the unit, rechargeable from everyone’s favourite microUSB connection, the same port used to charge most smartphones and tablets.

Portability is also a big deal here, with the headphones foldable and compact while still packing in 40mm neodymium drivers, a removable and replaceable 3.5mm to 3.5mm cable with a microphone (in case you need to take a call), and even a small hard case if you’re planning on taking the headphones travelling and don’t want to see them succumb to damage.

Pricing for the headphones puts them in the same playing field as what Bose offers, making them sit in the upper end of noise cancelling, with the NC1s fetching $349 from Harvey Norma, Dick Smith, and Duty Free stores.

We should have a review along very shortly, though, so if you’re at all curious, hold on, because it should be up in no time.

UPDATE: And here it is, only a couple of hours later. Sometimes that’s just how we roll.